Why I hate Tesco: Piss Poor Policies Dave C and his lordly mates: Silly Billy-my party’s bigger than your party: Italian Frog poachers: Big fish in Donegal: and a giant fish in Taiwan.

A touch chilly at the Castle this morn, still sunny, still no rain, still watering the hanging baskets, wall boxes and pots.
Had a nice day Sunday over at “M”s sister’s place, sitting in the garden chatting and listening to the sound of ice cream vans along with the smell of far off barbeques. 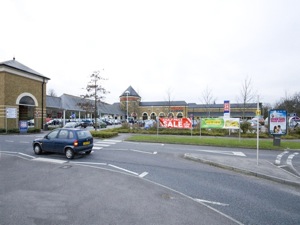 There are those who think that Tesco is the Bees jointy bits and like me those that think it is a giant rip off.
Stephen Pollard writing for the Torygraph seems to think that giant multinational supermarkets are the best thing since sliced what not, with quotes such as “It is fashionable among the Left-liberal intelligentsia to view supermarkets as some sort of uncouth offence against decency, fit only for the proles who subsist on multipacks of turkey twizzlers. Instead of driving off to shop at rapacious retail beasts we should be pottering down the high street, exchanging mid-morning pleasantries with our butcher, baker and candlestick maker.”
Something I have never been is a Left-liberal intelligentsia, I use Tesco because it is the only supermarket in my town, I use it because allegedly it is open 24hrs a day and the parking is free (for now), and I use it because the Butcher, the Baker and the Candlestick maker have been put out of business by the high rents for their non-shops.
I could go to Sainsburys in Farnham, or Safeway in Farnborough, both of which involve large volumes of traffic, annoyance and expense, but I use Tesco because of the convenience (the bowels aren’t what they used to be), but over the last few months I have noticed the prices spiralling, bread has gone up to £1.29 a loaf, luncheon meat is up from 60p to 72p, Pilchards in tomato sauce has risen from 75p to 95p, toilet rolls are up, cereals are up, kitchen rolls have exploded, coffee is off the scale, tea is extortionate, real meat costs more than gold and even the price of bangers is cooking.
I don’t hate Tesco because of my moral objection to them making money-that is what they are there for. I hate them because they are taking the piss out of the “normal” shopper who is trying to exist in today’s economic climate by driving up prices for people who don’t have a choice. 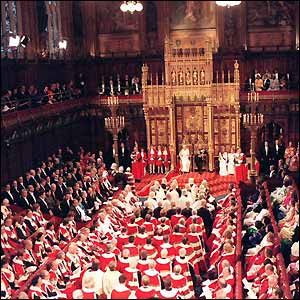 PPP Dave C has spent £6 million of our hard earned money creating 117 new peers since the non-election.
In the Conservative manifesto last year, Mr Cameron promised to slash the number of MPs from 650 to 600, saving £12m a year.
But the cost of swelling ranks in the House of Lords – at £156,000 per member – was £18.25m, more than £6m more.
A report last week claimed that Piss Poor Policies Dave’s decision to elevate 117 people to the Lords, more than any other PM in his first year, had led to a cramped upper chamber, with 792 peers.
No 10 indicated he will continue to create peerages to redress the balance in the Lords, where Labour is the main party.
Individual peers do not earn a salary but they receive a tax-free attendance allowance of up to £300 per day. A recent parliamentary answer revealed that the annual cost per member was £156,000, once the total bill of running the Lords was taken into account.
Useless bastard.
Meanwhile Silly Billy Hague 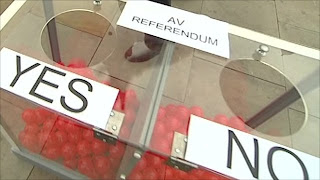 Has ruled out fresh concessions to the Liberal Democrats if they fail to secure victory in next month's referendum on voting reform for Westminster elections.
Silly Billy said:
"Yes, we all have strong feelings about it and I very much hope people will vote No, but at the end of it the coalition will be working very well together."
Lib Dem deputy leader Simon Hughes, however, insisted that Mr Clegg's attack had been justified, and he warned that they could now ask the Electoral Commission to investigate the No campaign's "untruths".
Trouble int mill?
Over in Austria 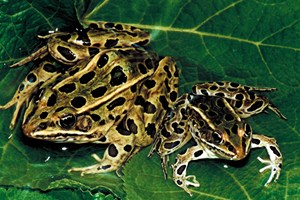 Wildlife authorities are hopping mad that efforts to save the local frog population are being hampered by Italian poachers.
Officials in southern Austrian province Carinthia said Tuesday that poachers are collecting frogs from the roadside buckets they have been guided into to save them from busy highways, and are then smuggling them home to Italian dinner tables.
Frogs' legs are a delicacy in some parts of Italy. Officials told Austrian state television Tuesday that the victims tend to be those with the meatiest thighs.
Frogs attempting to cross some Austrian highways are channeled by a series of fences into roadside buckets. Once a day, volunteers collect the buckets and carry the amphibians to the other side of the road and set them free.
But "the Italians strike before the frog pickers come," says Carinthian environmental official Bernhard Gutleb.
The delicacy can be costly. Officials warn that those caught with their hand in the bucket face fines up to euro3, 600 ($5,149).
Spawning bad feelings?
And all the way to Donegal 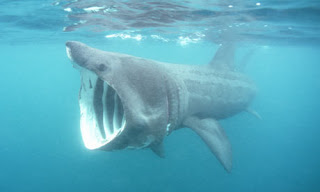 Four men on a mackerel fishing trip were "amazed" to see an early sighting of basking sharks within metres of their boat in Donegal Bay.
Local fisherman Brian Smith was returning to Killybegs harbour on Tuesday afternoon with his group when they noticed some unusual activity in the water.
Mr Smith told Sky News: "There were four of us out on the boat fishing in Donegal Bay, fishing for mackerel, when an 18ft (5.4m) Basking shark appeared near the boat.
"We saw the fins coming up first and it was splashing about the surface. It just swam near the boat, metres away from us.
"We pulled out the cameras and started taking photos and filming it. It was an amazing sight to be so close to such an amazing creature.
"We saw about 20 basking sharks that day. I have never seen so many at this time of year.
Need loads of chips for that lot…..
And finally:
Staying with the fishy theme 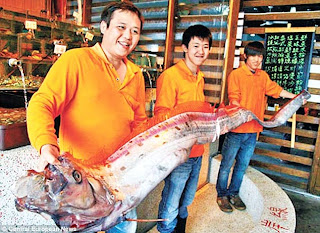 A 12ft long, yellow ribbonfish has sparked panic in Miaoli, Northwest Taiwan. The fish, which are normally found in deep waters, scared the locals who believed its appearance, and the unusual waves it produced in shallow waters, were the early signs of a tsunami.
Experts are of the opinion that the fish may have been forced out of its natural habitat by the aftershocks that followed Japan's devastating earthquake.
Wonder if it tastes nice with dog?
That’s it: I’m orf to protect my bumble bee nest.
And today’s thought: "Knowledge is knowing that a tomato is a fruit; Wisdom is not putting it in a fruit salad." - Peter Kaye
Angus
Posted by Angus Dei at 08:31 5 comments