Not a pot to piss in: Silly Billy gets stuffed: Gandalf retires: Flying Hobbit: Flying Jobsworths: and a Cheap plasma jet.

Loads of solar stuff, lots and lots of lack of warm and little atmospheric movement at the Castle this morn, quite late, the vast amounts of skywater and low readings on the liquid metal gauge has it seems finally managed to paralyse the interweb thingy, and it is only working in spurts which is a bit miffing.

All over banjaxed Blighty 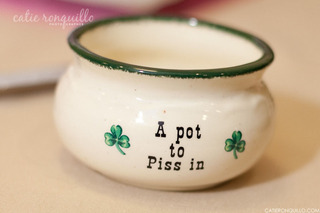 Those with expectations of becoming rich old farts are a tad disappointed; the Financial Services Authority (FSA) said that from 2014 the predicted growth rates used to give investors an idea of what their pension pot will be worth when they retire must be significantly lower than they are today.
Currently pension companies use a so-called “intermediate projection rate” of 7 per cent in statements to savers. This means that someone in their 20s who earns £30,000 and saves £2,000 a year into a workplace pension can expect to have a retirement pot when they reach 68 of £540,000.
However under the new 5 per cent growth rate that firms will have to use, this pot will be valued at just £335,000. The change means that the person’s predicted pension income will fall from £10,400 a year to £6,430 a year, a drop of 38 per cent.
Experts said that the lower rate will provide a “dose of cold economic reality” to savers and will give them a more accurate idea of the money they can expect to receive on retirement.
As well as pensions, the new rules will also cover the expected growth of financial products including ISAs and endowments. From 2014 all statements about existing investments will use the new lower projection rates.

Which means bugger all really... 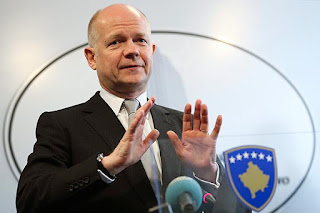 Silly Billy has coughed up ten grand to re-stuff his new mate; a giant anaconda named Albert who has spent most of the last century hanging above the ministry library and reckons that "He is looking very optimistic about the future of our foreign policy".
A ministry spokesman said that as Albert was a gift, he is regarded as a government asset. 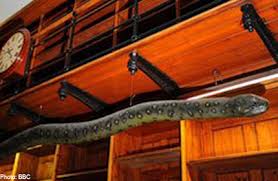 "As such, the Foreign Office is obliged to maintain its assets, and the work on 'Albert' was essential maintenance," he said.
"It is believed that 'Albert' was first re-stuffed in the 1960s or 1970s, but there are no records of how much it cost on that occasion. Certainly no significant maintenance has been carried out on him in the last 40-50 years."

And it could have waited another decade or so....


Up to the place where everyone has calmed down 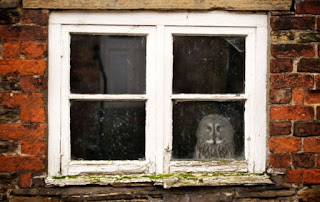 Photographer Mark Bridger captured a picture of Gandalf the great grey owl at an outbuilding at Knowsley Safari Park in Prescot, Merseyside, on Monday.
'It transpires he lives in that outbuilding,' said Mark, 44, from West Malling, Kent.
'I went up to the park on Monday to photograph reptiles and noticed that Gandalf was happily watching the birds flying around out of the window of his house.
'He lives at Knowsley Safari Park. They said he loves watching the birds and the dogs through the window.'


Dahn Unda and right a bit to middle earth

A four-minute-long Air New Zealand safety video celebrating the upcoming premiere of the first film in the Hobbit trilogy has gone viral within 24 hours of being posted on YouTube.
The in-flight video – which features the character Gollum and the film director Sir Peter Jackson - has received more than two million hits.
The video is the latest of the airline's in-flight films to become popular online.
Other online hits have included a video showing fitness guru Richard Simmons wearing in a sequin tank top, and another starring the cast of the New Zealand All Blacks rugby team.


Up a lot to the place near Sweden

A Norwegian plane carrying 40 passengers turned around and returned to an airport hundreds of kilometres away -- despite having already started its descent -- just so the crew would not have to work overtime.
The plane was about to land in the small northern town of Mosjoen when it turned back to Trondheim, around 350 kilometres (220 miles) south, local newspaper Rana Blad said in a report.
"Shortly afterwards, the captain himself said on the tannoy that it was unbelievable, but that it had been decided that we had to turn around," passenger Steinar Henriksen said.
Company Wideroe, a regional carrier owned by Scandinavian airline SAS, said that the last-minute decision was based on Norway's strict working time regulations.
"Unfortunately, the plane took off with a crew that was about to clock out. We have strict working hours that are imposed by the authorities, which we cannot exceed," a spokesman for the company, Richard Kongsteien, told the paper.
"If the airplane had landed, it would have had to stay in Mosjoen since we didn't have a back-up crew there, and the schedule for the rest of the evening would have had to be cancelled," he said, adding that this would have affected more than 200 passengers.


My brain hurts even more...


Fancy a cheap way to visit the planets? 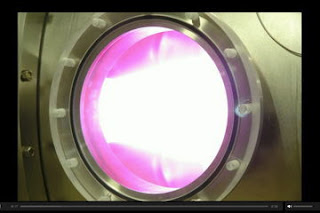 Well now it seems that you may be able to, travel to the moon, asteroids, Mars and other nearby destinations could become more affordable if a Virginia-based company achieves its goal of building cheaper electric space propulsion.
The firm, called HyperV Technologies Corp., has started a crowd-funding campaign on the website Kickstarter to pay for the project, called a plasma jet thruster.
The 8-year-old company, which officials said collaborates with several United States laboratories in its research, has just two days left in the campaign to raise its goal of $69,000.


Anyone would think that it’s rocket science......

That’s it: I’m orf to reset my brain cell to GMT 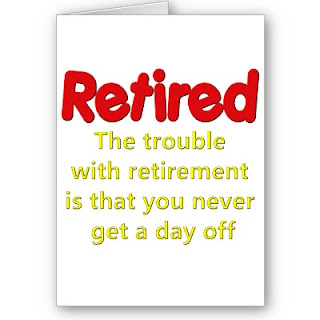