It seems that the summer has gone, remember that hot week in June? That was it, the mornings are getting darker and winter draws on (well mine are anyway).

The other happening is that Wacko Jacko has finally been buried, well not buried but “Vaulted” no, not jumped over but put in a crypt, let’s hope it isn’t the same one the cat crept into. Oh yes in a twist his family was late for the funeral. 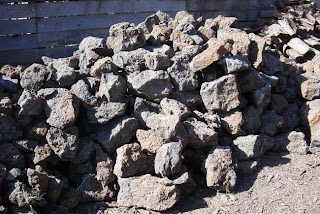 From Kansas: Two men attempting to steal landscaping rocks were foiled when the load shifted and their truck sank into the Arkansas River.

Lt. Guy Schroeder said the brown Ford Explorer was backed up to the river next to the Keeper of the Plains sculpture in Wichita just before 1:20 a.m. Thursday while the men loaded limestone landscaping rocks into the truck, The Wichita Eagle reported Thursday.

Schroeder said the load shifted once the men had 12 rocks inside, causing the truck to roll backward into the river.

Investigators said an address linked to the truck is apparently in the process of front yard landscaping. Police said no arrests have yet been made, but they have identified a 45-year-old suspect. 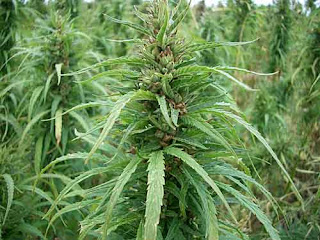 Police proudly announced Wednesday that they’d found more than 47,000 cannabis plants, with an estimated street value of nearly C4.5 million ($6.45 million) concealed in a corn field in the Flevoland province east of Amsterdam.
They mowed down half the plants only to be informed they were the property of Wageningen University and Research Centre, a respected agricultural school.
The field contained a new strain of hemp that researchers hope can be a sustainable source of fibber, Simon Vink, a spokesman for the executive board of Wageningen University and Research Centre, said Thursday.
Hemp plants are related to marijuana but have only trace elements of THC, the mind-altering chemical that cannabis contains.
“The street value from a drug point of view is less than zero,” Vink said.

They should be strung up (hemp-string?) please yourselves. 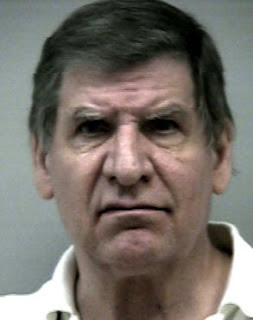 STONE MOUNTAIN, Ga. (AP) — Police say a 61-year-old man annoyed with a crying 2-year-old girl at a Wal-Mart slapped the child several times after warning the toddler’s mother to keep her quiet.
A police report says after the stranger hit the girl at least four times, he said: “See, I told you I would shut her up.”
Roger Stephens of Stone Mountain is charged with felony cruelty to children. It was unclear if he had an attorney and a telephone call to his home Wednesday was unanswered.
Authorities say the girl and her mother were shopping Monday when the toddler began crying. The police report says Stephens approached the mother and said, “If you don’t shut that baby up, I will shut her up for you.”
Authorities say after Stephens slapped the girl, she began screaming.

I know the feeling. 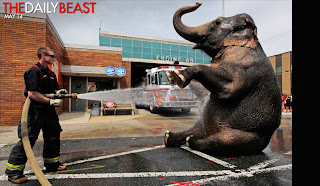 A fire-fighters union says a New York City engine company had to close its firehouse for 30 minutes to bathe a circus elephant on city orders.
The Uniformed Fire-fighters Association says Brooklyn's Engine Company 245 didn't want to participate in the photo opportunity with circus elephant Suzie, part of the Ringling Bros. and Barnum & Bailey show in Coney Island. But it says city officials ordered the engine company to participate.
The firehouse closed Wednesday while four fire-fighters and an officer went to scrub Suzie. About 10 fire-fighters stayed behind.
The fire department says fire-fighters were only supposed to spray the elephant when it walked by the firehouse and weren't ordered to close. It says closing the firehouse was a mistake.
It hasn't said if any emergency calls came in while the firehouse was closed.
Wonder if they do cars?
Out of this world 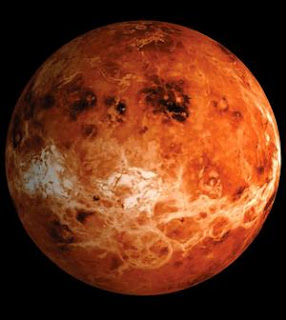 Japan's next prime minister might be nicknamed "The Alien", but it is his wife who claims to have had a close encounter with another world.
"While my body was asleep, I think my soul rode on a triangular-shaped UFO and went to Venus," Miyuki Hatoyama, the wife of premier-in-waiting Yukio Hatoyama, wrote in a book published last year.
"It was a very beautiful place and it was really green."
Yukio Hatoyama is due to be voted in as premier on September 16 following his party's crushing election victory over the long-ruling Liberal Democratic Party on Sunday.
Ms Miyuki, 66, described the extraterrestrial experience, which she said took place some 20 years ago, in a book entitled "Very Strange Things I've Encountered".
When she awoke, Japan's next first lady wrote, she told her now ex-husband that she had just been to Venus. He advised her that it was probably just a dream.

Or should the header read-“On another planet?”

And finally:
Oh no it isn't 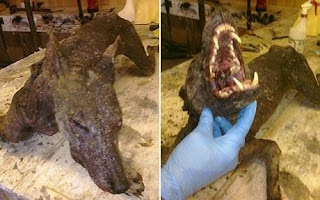 Two men in Texas believe they may have discovered the body of a chupacabra – a mythical beast rumoured to suck all the blood out of its prey.
Lynn Butler, a taxidermist, says that he found the mystery creature's corpse in a chicken barn three months ago, the morning after an unseen predator was heard running amok.
While it’s hairless, leathery body and pointed muzzle resemble a dog with severe mange, other animal experts who have inspected the corpse have suggested it may be a chupacabra, a predator first sighted in Puerto Rico in 1995.
"To be honest, I don't know what it is. I'd probably say it's a freak-of-nature coyote, or a hybrid breed with a genetic mutation," he told the Los Angeles Times .
"It has a little fuzz around the feet. Almost like little socks of fur. And there's a little hair up the backbone. Very odd-looking," he added. "The hairlessness is sinister because you can see the bones protruding at the hips.
"People say there's a mythical beast and I have one. I'll call it chupacabra because people love it, but I don't know what it is."
Mr. Ayer says that he does not want to develop a reputation as a crank, but says he has pleased that widespread interest in the find – he has been interviewed by CNN and other US networks – has increased the profile of his business, Blanco Taxidermy School.
The last cryptozoology sensation to attract international attention followed the claim by two Georgia residents to have discovered the body of Bigfoot last year. They subsequently confessed that photos produced as "proof" of their find actually showed a rubber ape costume.

Sorry guys but it is a bleeding dog, a dog with no hair but a dog.