If only: New Age lunacy: Sting in the tale vodka: Origami condoms: Big Dick at Nurburgring: and Smelling Rosemary.

Loads of ex skywater, limited atmospheric movement, little lack of cold and sod all solar stuff at the Castle this morn, the “nues” seems to have returned to its usual level of coverage and the left elbow appears to have come out in sympathy with its opposite joint.

Allegedly the bit next to the leaning tower of Westminster 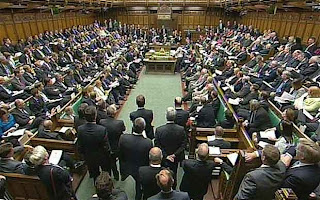 Will be packed with those on benefits to laud the memory of the old bag that snatched milk from the young.


Left a whimsy from the Smoke 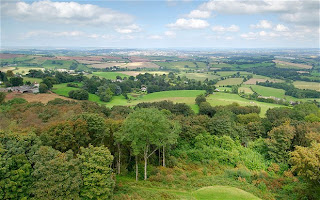 A woodland beauty spot is to be turned into what is believed to be the first official purpose built New Age travellers camp in Britain.
The site at Haldon Hill, near Exeter, Devon, has been used illegally by travellers for 12 years, but is now to be revamped using £1.11 million of taxpayer’s money.
The proposal will replace the existing ramshackle camp with 15 official plots for “new travellers” under plans approved by Teignbridge District Council.
Communal allotments, a children’s play area and composting bins will all be installed at the site as part of the project.
Parking for visitors along with new sanitation will also be installed while the camp will have a permanent site manager.
It has been given approval under a Government initiative announced last year to provide £60 million of funding for new official gypsy and traveller sites.

Wonder how many “proper” homes £1.1 million would build...

East to the land where radiation has no effect-honest... 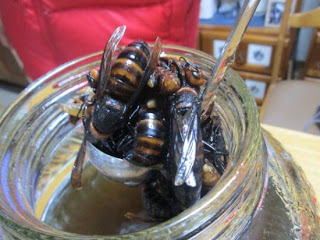 It is said that the Japanese giant hornet has a quarter-inch stinger that pumps out venom containing an enzyme so strong that it can literally dissolve human tissue. The sting of a giant hornet causes excruciating pain, yet some people are willing to endure a few stings while trying to capture them to make a special kind of shouchuu (Japanese liquor similar to vodka).
Allegedly someone who is stung by a Japanese giant hornet who doesn’t receive proper treatment soon thereafter can die from an allergic reaction to the venom. About 40 deaths related to giant hornet stings are recorded every year.
In Japan’s Kumamoto Prefecture huntsmen catch hornets and leave them to ferment in alcohol for three years, fermented wasp shouchuu apparently has an unappetizing muddy-brown colour and smells a bit like rotting flesh.
To prepare the liquor, a large number of live wasps are placed in a large mason jar, which is then filled with shouchuu. The jar is then sealed and the hornets left to drown in the alcohol. Desperate to escape, they release their venom which gives the drink its signature taste and curative properties.


Staying with the Japanese theme 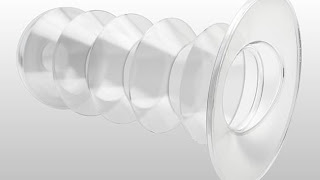 A small business in California called Origami Condoms is working on a revolutionary new prophylactic modelled after the Japanese art of paper folding which has won the approval of the Bill and Melinda Gates Foundation for being the only design to radically change the contraceptive.

Origami Condoms' design, which has condoms folded up rather than rolled up like the ones currently sold at most stores that sell health and convenience products, acts as a loose-fitting sheath when it's in use and is said to move with the natural movement of the body.

Origami Condoms are still in clinical testing and will not be available for purchase until early 2015 at the soonest, according to Resnic.


The condom designs must first go through several phases testing before the company can apply for FDA approval, he said.


Resnic said his company has not yet set a price for their accordion-shaped condoms, that they will likely cost more than traditional rubbers.


Of course they will-that’s the price of “progress”....

Over to the land that is known for precision and engineering 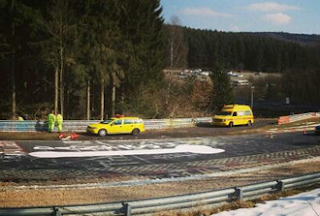 Germany’s iconic Nurburgring, home of motor racing since the 1920s, has been defaced by vandals who daubed a penis onto the track at the notorious Brunnchen corner.
The incident is believed to have happened on Saturday night, with the world ‘Danish’ written alongside the genitalia – apparently aimed at a Danish driver who has previously used the track.
The incident left German police to call in a paint-stripping machine to remove the artwork and dry out the surface – an operation which took hours and left the Nurburgring out of use to ‘tourist rides’ on Sunday.


No sense of humour the Germans... 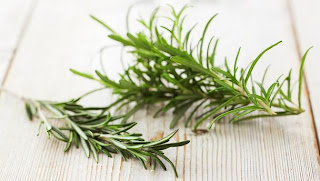 The smell of rosemary could boost your memory; the aroma of essential oil from the herb could improve memory in healthy adults, according to researchers from the University of Northumbria.
The smell may enhance the ability to remember events and to remember to complete tasks at particular times, they said.
A group of 66 people were given memory tests in either a rosemary-scented room or another room with no scent. Participants were tasked with various tests to assess their memory functions, including finding hidden objects and passing specified objects to researchers at a particular time.
The results, presented at the British Psychological Society's annual conference in Harrogate, showed that participants in the rosemary-scented room performed better on the prospective memory tasks than those in the room with no smell. 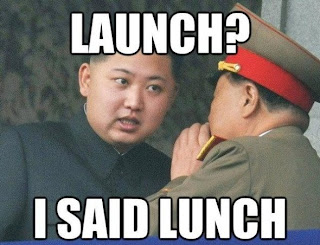 Dark, damp and decidedly dismal at the Castle this morn, the butler is back shoving fat teenagers into the furnace, the mock orange is still in situ and I am running out of letters.

Left to the counties past Zomerzet

Apparently water bill payers in the West Country are to receive £50 a year from the Government under plans to be unveiled this week.
David Cameron says financial help is needed because the region has "paid unfair charges to provide clean beaches for many of us who do not live in the South West". Thirty per cent of England's coast is within Devon and Cornwall, but the bill is picked up by just 3 per cent of the population.


And I should subsidize them because?

Right a smidge to the city of screaming pyres 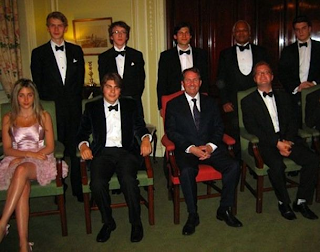 An Oxford Tory club has been expelled by the University after it failed to pay a £1,200 charity black tie dinner bill at Cavalry and Guards Club where Liam Fox was guest of honour.
The charity dinner boasted a party frontbencher as guest of honour and appeared perfect to reinforce the Oxford University Conservative Association’s status as a training ground for Cabinet ministers.
Instead, it has led to the 88-year-old society suffering the indignity of being stripped of its university recognition after the bill went unpaid.
The association, which counts Baroness Thatcher as its patron, has lost the right to use Oxford’s name after it failed to settle a £1,200 debt for the black-tie banquet, attended by the former defence secretary Dr Liam Fox.
The society, whose former members include five current Cabinet ministers, held the dinner for 32 in support of the Army Benevolent Fund at the Cavalry and Guards Club on Pall Mall in June 2009.

Wonder where Werritty is...... 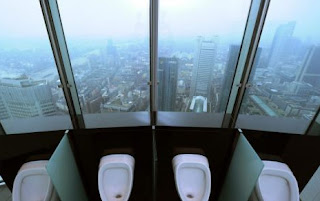 On the boardroom floor of the Frankfurt headquarters of Commerzbank in Germany is the loo with a view, male Wbankers can literally take the piss from a great height.
Yesterday, a debt-for-equity swap was announced by Commerzbank and is already being eyed by other European banks as a potential blueprint to improve their balance sheet.

The other thing about it is that it is high enough to do some damage if it all goes tits up.....


Somewhere on the globe 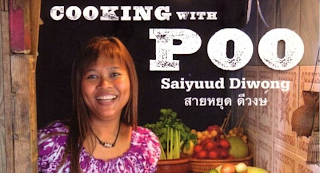 Cooking with Poo and Estonian Sock Patterns All Around the World are just two of the bizarre books up for the prize of the oddest book title of the year.
In its native Thailand the title of the cook book by Saiyuud Diwong is not as strange as it sounds, as 'Poo' means 'Crab' and is also the chef's nickname.
Aino Praakli's book on socks is also shortlisted alongside The Great Singapore Penis Panic: And the Future of American Mass Hysteria by Scott D Mendelson, which details the 'Koro' psychiatric epidemic that hit the island of Singapore in 1967.
Mr Andoh's Pennine Diary Memoirs of a Japanese Chicken Sexer in 1935 Hebden Bridge by Stephen Curry and Takayoshi Andoh is also in the running for the odd accolade.
Taxonomy of Office Chairs, The Mushroom in Christian Art and A Century of Sand Dredging in the Bristol Channel: Volume Two are also among the favourites. 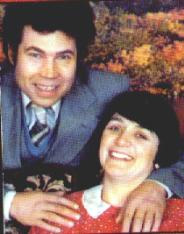 Worry not, allegedly the smell of rosemary could enhance your time on a crossword puzzle, a component of rosemary oil in the bloodstream is the reason.
You can also use this magical substance to rinse your hair and repel cats.
In the study, a cohort of 20 subjects were exposed to varying levels of the aroma, and then given a battery of cognitive tests and mood assessments. Apparently the cognitive performance of the subjects increased, with a corresponding mood increase of lesser magnitude. However, the real surprise came when the blood tests were processed.
The results showed absorption of 1,8-coneole into the bloodstream, meaning the natural compound was absorbed through the nose and into the blood plasma. For Moss, this means there is a more traditional biochemical explanation for the increased cognitive performances previously demonstrated.


I don’t know anyone called Rosemary, and if I did I don’t think I would want to smell her.....

And today’s thought:
Tits up Banker 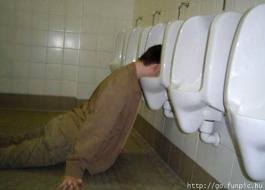