Three Core Cable in the Doo-again: iPod exam: Chinese puzzle: Russian Roswell: Blown up trucker: and Love it or hate it-but ban it?

A scrumptious start to the morn at the Castle this mid week day, sunny, calm, warmish and dry, the Talk Talk fiasco continues, I am awaiting delivery of my mac code which apparently takes five “working” days, then I can change over to orange.
Bit late this morn; probably has something to do with “entertaining” the new resident to prevent him from destroying the furniture and sundry wires scattered about the Castle. 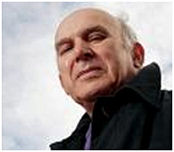 Anyway, allegedly Three Core Vince Cable has upset his Tory masters yet again, this time by telling the Greeks that they would have to delay repaying some of their debts.
Downing Street quickly made it clear that the Liberal Democrat Business Secretary was not authorised to set out government policy on the Eurozone crisis.
In comments that left the Chancellor and No 10 privately seething, Mr Cable told a newspaper that Greece would have to change its commitments to the bondholders who have lent it money.
Some sort of “rescheduling” of the debt “will happen”, he said.
Mr Cable added: “What they are going to have to do is to have a rescheduling of their debt and it can be done in a soft way or a hard way, and that’s what the current debate is about.”
Well done three core, and to be honest as we are not in the “Eurozone” who gives a Badger’s Bollocks?
North of the border 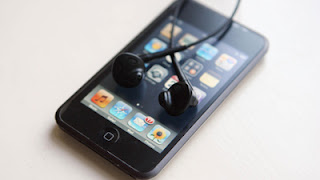 A schoolgirl has won the right to listen to an iPod while sitting her exams - after threatening to sue her school.
The Edinburgh pupil claimed listening to music helps her concentrate during exams, reports The Sun.
At first the sixth former's demand was rejected by Mary Erskine School and the Scottish Qualifications Authority.
But they were forced to back down after being threatened with legal action under the Equalities Act.
Teachers will load her favourite tracks on to a new iPod to ensure it doesn't contain study notes.
The pupil, who hasn't been named, suffers from autism and attention deficit disorder. She'll sit in a separate area so the noise doesn't disturb other pupils.
Nick Seaton, of the Campaign for Real Education, added: "This is ridiculous. Exams lose their integrity if some children are treated differently from the others."
Linda Moule, deputy head of Mary Erskine School, said they lifted the restriction due to a "special arrangement".
An SQA spokesman added: "This decision sets no precedents. We treat all requests for special arrangements on their individual merits."
Yeah right………..
Many, many miles to the East 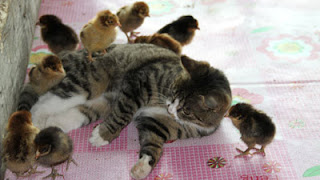 A cat has shocked its owner by overcoming its natural tendencies and is acting as a mother to 30 newborn chicks.
Chinese farmer Lao Yang was worried when he first saw his cat, Niu Niu, with the chicks.
"I came back home and found Niu Niu had got into the chicks' box and I thought she was going to eat them," he said.
"I shouted at her and she froze. But then I realised that the chicks were climbing all over her and she was just playing with them."
Lao, of Suibing County, Heilongjiang Province, said he now leaves Niu Niu to look after the baby chicks while he goes out to work.
"It's amazing," he said. "Niu Niu even embraces the chicks in her sleep, and they chirp as if they are under their mother's belly.
"Niu Niu seems to just love lying down with the chicks. She licks them clean and plays with them while they follow her everywhere."
Chicken Pussy; or patient hunter?
West lots and lots 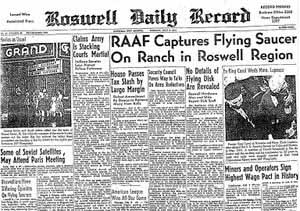 According to investigative journalist Annie Jacobsen the Roswell incident was no UFO but rather a Russian spacecraft with "grotesque, child-size aviators" developed in human experiments by Nazi doctor and war criminal Josef Mengele.
Bill Lyne who self-published a book called "Space Aliens from the Pentagon" in 1993, agrees that the Roswell incident was faked, but he thinks the hoax was perpetrated by the U.S. government — not the Russians.
"They're just saying what I've been saying all along, that it was a hoax," he told the Santa Fe New Mexican. "But that Mengele stuff is a bunch of hogwash because Mengele was recruited by the CIA (rather than the Russians), and he was actually brought to Albuquerque." 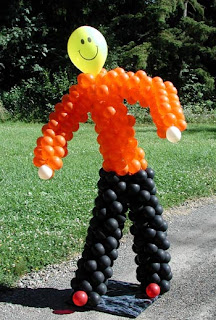 A New Zealand truck driver who inflated "like a balloon" when he fell buttocks-first onto a compressed air nozzle was described as lucky to be alive Wednesday.
Steven McCormack was working on his truck at Opotiki on the North Island on Saturday when he slipped between the cab and the trailer, dislodging the compressed air hose that feeds the brakes, the Whakatane Beacon reported.
It said the brass fitting that the hose had been attached to pierced McCormack's left buttock in the fall, sending compressed air rushing into his body.
The 48-year-old said he felt as if he was going to explode and began to scream as his neck, feet and hands swelled up.
"I was blowing up like a football... it felt like I had the bends, like in diving. I had no choice but just to lie there, blowing up like a balloon," he told the newspaper.
Workmates rushed to McCormack's aid, turning off the compressed air and packing ice around his swollen neck.
Ambulance officers removed the brass nozzle from his buttock and rushed him to Whakatane Hospital, where a surgeon treated the injury and drained one of his lungs, which had filled with fluid during the ordeal.
McCormack said doctors later told him that the air separated fat from muscle and they were surprised his skin did not burst.
Now recuperating in Whakatane Hospital, he told the Beacon his skin felt "like a pork roast", hard and crackly on the outside but soft underneath.
A hospital spokeswoman confirmed details of the freak accident, which she said could have killed McCormack.
"It's fair to say he's lucky to be alive, it was a potentially life-threatening situation," she told AFP on Wednesday.
I’ve had wind, but never that bad.
And finally:
Marmite has been banned in Denmark 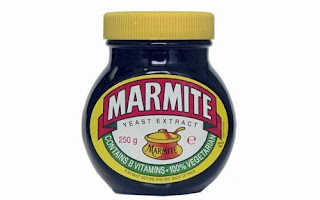 The strongly flavoured dark brown spread made from brewer's yeast has joined Rice Crispies, Shreddies, Horlicks and Ovaltine prohibited in Denmark under legislation forbidding the sale of food products with added vitamins as threat to public health.
Many well known breakfast cereal and drink brands have already been banned or taken off supermarket shelves after Danish legislation in 2004 restricted foods fortified with extra vitamins or minerals.
But Marmite had escaped notice as an exotic import for a small number of ex-pats until the Danish Veterinary and Food Administration telephoned Abigail's, a Copenhagen shop selling British food, to ban the famous yeast spread.
The shop has now started a "Bring back Marmite" campaign to overturn a ban that is seen as discriminating against Britons living and working Denmark.
Lyndsay Jensen, a Yorkshire born graphic designer working in Copenhagen, told the British ex-pat RedHerring.dk website, that Britons would carry on spreading Marmite on their toast, even if it meant smuggling it in to Denmark.
"They don't like it because it's foreign," she said. "But if they want to take my Marmite off me they'll have to wrench it from my cold dead hands."
Not that Bovrilled then…….
That’s it: I’m orf to have a chat with a robot.
And today’s thought: "I become more convinced that beings from other planets are using the Earth as a lunatic asylum" - George Bernard Shaw.
Angus
Posted by Angus Dei at 07:36 2 comments