Time to cut the cuts: Education goes back in time: Speed cam, cams: Road of many colours: Criminal uniforms: Not a load of bull.

A bit of solar stuff, even less white fluffy stuff, not a lot of lack of cold and not even a drop of wet stuff at the Castle this morn.
Another year has passed at the speed of time for this daft old fart; and at the unexpected age of sixty one I only have another five months and nineteen days and I can apply for my bus pass.
As I wandered abaht the bedroom without my shirt on I could have sworn I saw the glint of a telephoto lens in the distance-I must call my lawyers...
And as this Piss Poor blog is still infesting the Blogosphere it seems that pics of the Royal rectum are acceptable while snaps of the minor Royal Norks are a no-no.

All around the leaning tower of Westminster 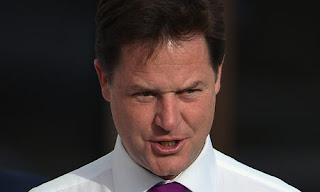 Allegedly what’s his name has been warned by Liberal Democrat activists that he must not allow George Osborne to impose more welfare cuts in return for securing the party's long-cherished goal of a wealth tax.
The Social Liberal Forum (SLF), which is on the party's left, fears that Mr Clegg, is preparing the ground for a Coalition deal under which the Lib Dems back the Chancellor's plan for £10bn of welfare cuts in return for moves towards a wealth tax such as a levy on homes worth more than £2m.
The SLF will seek to tie U-Turn Cams fag’s hands at the Lib Dems' autumn conference in Brighton, which starts a week today.


He should be used to a bit of bondage-after all he did go to public school....


And staying with the deputy Prime Monster 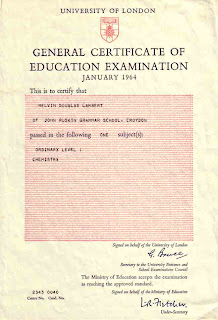 Changes to the exam system for 16-year-olds in England will "give parents confidence" in the examinations their children take in the future according to Thingy.
Do-da and Education Secretary Michael Gove are due to unveil the new exam regime.
GCSEs will be ditched in 2015, and replaced with what minister’s claim will be a more rigorous system.Assessment will be based on an O-level style single end-of-year exam.


That’s education set back another 25 years then...

Left to the state of Maryland 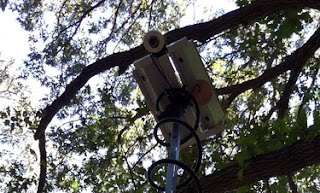 Prince George's County cops announced they are installing new cameras designed to keep a watchful eye on the Maryland counties speed cameras, WTOP reports.
Since April, six speed cameras have been attacked by angry citizens, according to WTOP. One camera was shot at and another burned.
Prince George's County Police Maj. Robert Liberati said he doesn't think people's rage is a result of the cameras, per se.
"The roads are choked; there are lots of drivers on them. I think traffic itself is the cause of frustration [toward speed cameras]," Liberati said. "But, we have a duty to make the roads safe, even if takes a couple extra minutes to get to your destination."


Anyone see the flaw in logic?


Dahn to the country of naughty trims 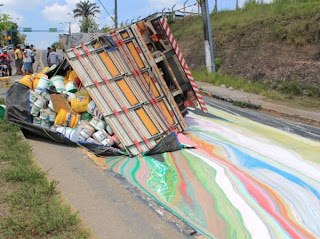 And in the town of Manaus the road became a rainbow when a truck carrying 28,000 pounds of paint tipped over. 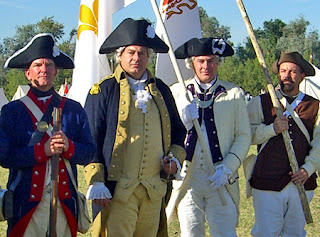 Two southeast companies that make U.S. military uniforms are shedding hundreds of jobs, as the government looks to federal inmates for the fatigues.
American Power Source makes military clothing in Fayette, Ala., but its government contract expires in October. Federal Prison Industries – which also operates under the name UNICOR will snag the work, and leave the task to inmates. FPI has the first right of refusal for U.S. Government contracts, under a 1930 federal law.
American Apparel, the Selma, Ala., based military clothing manufacturer closed one of its plants and continues to downsize others due to the loss of some of its contracts to FPI.
According retired Air Force colonel and spokesman Kurt Wilson, the company laid off 255 employees and cut the hours of 190 employees this year alone so private workers end up losing their jobs to prisoners.

Has Ken Clarke been in the States recently?


Back in bullish Blighty 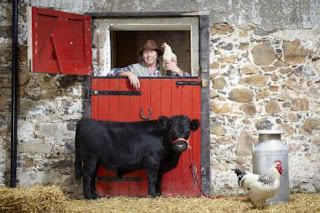 A County Antrim farmer is celebrating after his pet bull made it into the record books for being the shortest in the world.
Ryan Lavery says that Archie, who is 76cms (30ins) tall, was originally destined to be made into burgers but, after he failed to grow sufficiently by Christmas time, the family decided to keep him as a pet.
Despite being officially named as the shortest bull in the world, and being dwarfed by most of the other animals on the farm, Mr Lavery still says that Archie feels he’s the big man, or short bull, on campus.
Ryan said that he was delighted that Archie, a Dexter bull, had made it into the Guinness Book of Records.
'I knew Archie was small but I never realised he was that small,' he said.


And today’s thought:
All fur coat and no knickers-royal? 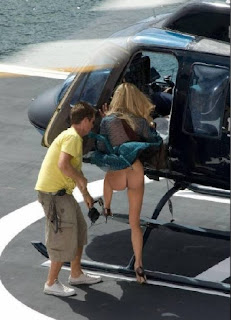 Grassy arse to Bernard for the pic