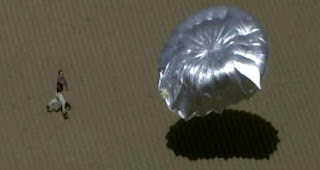 First frost of the year this morn, that’s my flowers done for, still, time and tide........

I see that the parents of the ‘Boy in a balloon’ bollocks are to be charged, and that Royal Mail are going to recruit up to 30,000 temporary staff to “cope” with the strikes and the Christmas rush, sorry guys too late I will be sending E-Cards this year. 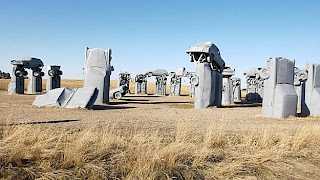 Over the pond in Nebraska there is a new attraction-Carhenge. It has been named the No. 2 wackiest attraction in America. Carhenge uses old cars painted stone gray to replicate the stone formations found at Stonehenge.

Carhenge near Alliance received the wacky recognition from the travel advice site, Trip Advisor, as part of a list of the nation's ten wackiest attractions.

The only attraction deemed wackier than Carhenge is the toilet seat museum in San Antonio that features more than 800 decorated toilet seat lids but no bathroom.

Wonder what will be left in five thousand years?
Keep it in your pocket 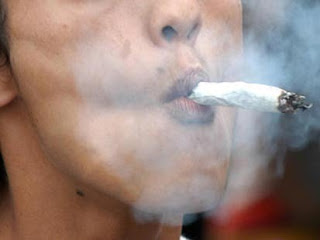 Still over the pond, this time in Lebanon, Pennsylvania, is a Numpty with no brains-A police officer arrested a man in a convenience store in the US after noticing a bag of marijuana stuck to his forehead.

The 29-year-old was spotted walking away from the toilets of the shop in Lebanon, looking anxiously at the inside of his baseball cap.

When the man approached the officer, he looked up, and the officer noticed a small plastic bag stuck to his forehead that appeared to contain marijuana.

The officer retrieved the bag from the man's forehead and asked, "Is this what you're looking for?” a police news release states.

The man, identified as Cesar Lopez, was charged with possession of a small amount of marijuana and possession of drug paraphernalia, police said.

Police said it is not uncommon for people to store drugs inside the sweatband of baseball caps.

And it’s not uncommon for Numptys to drop themselves in it. 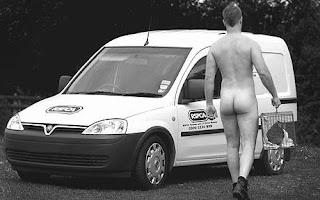 RSPCA inspectors and collection officers have posed naked, some of them with animals, in the latest in a growing line of tongue-in-cheek calendars since the original Women's Institute Calendar Girls.

Chief inspector John Pollock, who is based in Taunton, Somerset, said: ''I have always had the thought that this could be a good fund-raiser if done properly and tastefully.

''The majority of charity calendars are bought by women at Christmas as stocking fillers, so we decided to use male officers as the models for this first one – and if they sell like hot cakes, then who knows what we will do next year?

''We were really keen to ensure the poses were tasteful and we also wanted to showcase the range of skills our officers have, so we have included images of rope rescue, water rescues and working at heights as well as dealing with larger and more specialist animals like horses.''

Anybody asked the animals what they think?
I Love My Pussy 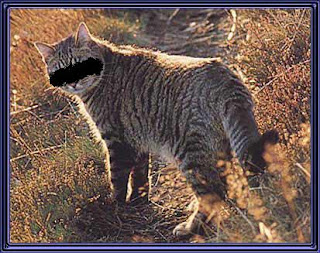 The cockeyed immigration and Hunan Rights “laws” continue to vomit forth inane decisions, An immigrant who was about to be deported from Britain has won a legal battle to remain in the country – partly because he and his girlfriend had bought a pet cat.

The Asylum and Immigration Tribunal ruled that sending the Bolivian man back to his homeland would breach his human rights because he was entitled to a "private and family life", and joint ownership of a pet was evidence that he was fully settled in this country.

Lawyers for the Home Secretary were aghast at the decision by James Devittie, an immigration judge, to allow the immigrant to stay in Britain. They lodged an appeal, but their case was again rejected.
The Bolivian's identity has not been disclosed and even the name of the pet cat was blanked out in official court papers to protect its privacy.

Barry O'Leary, solicitor for the Bolivian, said that the court was told that man and his girlfriend had purchased the animal together, and it was therefore "one detail among many" that they were in a committed relationship.

"As part of the application and as part of the appeal, the couple gave detailed statements of the life they had built together in the UK to show the genuine nature and duration of their relationship," he said.

I really don’t give a rat’s arse about his ‘Rights’, the guy is an illegal, he should be deported, and if the relationship is that good his girlfriend will go with him, this Human Rights bollocks has got out of hand, will somebody please get us out of the EU so that we can be a Sovereign country again.

The cat’s identity has been blacked out to preserve his Feline Rights.

No Snow in my backyard 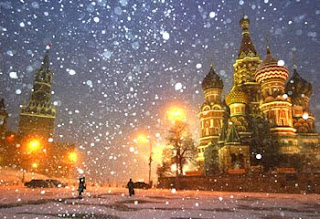 Moscow's mercurial mayor, famous for seeding clouds to prevent rain during parades, is escalating his war on weather with plans to slash this year's snowfall by one-fifth in the Russian capital.

The idea is to reduce the amount of snow that clogs Moscow's frigid streets and costs the city millions to manage.

Instead, the snow would be dumped on poor villages and satellite towns far from Moscow city limits — which Luzhkov reportedly suggested would help crops in surrounding regions.

The initiative could cost $6 million, but the city hopes to save $10 million in snow removal, Moscow public works chief Andrei Tsybin said Wednesday, according to the state-run ITAR-Tass news agency and other Russian media. City officials declined to comment Friday on details of the plan.

Moscow has been hard hit by the recession, and city officials suggested the anti-snow effort — to run from mid-November to March — would help Moscow bring its budget under control