Fare’s fair, Space undies, too cold, a Numpty and Flashing in the nave

Really late today, loads to do, but at least the old weather is OK. 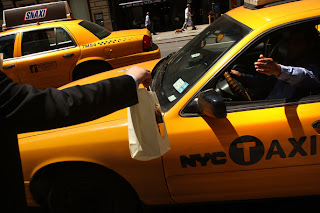 Eric Hagen, 46, an Essex resident in Vermont and the SUV’s owner (and sole proprietor of Recession Ride Taxi) has put a sign saying “Pay What You Want!” in the back window of his taxi.

“Nobody has short changed me yet,” he said Saturday. “Nobody’s stiffed me. I’ve decided to empower the customer; they like the fact they can decide.”

Hagen, who still works full time at the American Red Cross in Burlington, hatched his improbable business model in June.

“I hadn’t thought about it before,” he said. “I was watching CNBC — the financial station — and it suddenly hit me: Everybody’s always hearing, ‘This is what your mortgage is going to be; this is what your car payment’s going to be.’ People want to get away from that.”

Repeat customers get their business cards punched; every seventh ride is free — as long as it’s within Chittenden County.

He keeps a cooler in the Durango loaded with pay-what-you-can iced bottles of water, Gatorade and soft drinks.

Other benefits of “membership” are still in the development stage.

Like other cabbies, Hagen keeps a detailed log. He’s earned about $600 in two weeks, working Thursday nights through Sunday evenings.

Most, but not all of his transactions are in cash. One fare, a musician, gave him a newly minted CD. Another proffered a Hannaford’s Supermarket card. “It had $10 on it. It was a fair trade,” he said. 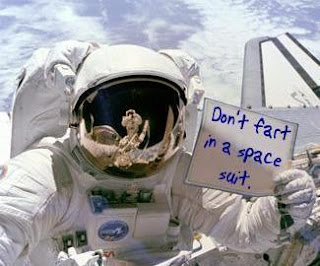 
Koichi Wakata wore moisture-absorbent, odour-eating and bacteria-killing proto-type underwear for a month as he worked in the orbiting International Space Station (ISS).

Seeing the results may not be for the faint-hearted but this month-long undies experiment was all in the name of science.

"I wore [the underwear] for about a month and my space and crew members never complained ... so I think the experiment went fine," he said.
"I am returning and we will see the results after landing."

When the shuttle Endeavour brought the astronaut back to Earth, having orbited the planet more than 2,000 times, Mr Wakata - who spent a total 138 days in space - bequeathed his unique underwear to science.

As welcome as a fart in a spacesuit? 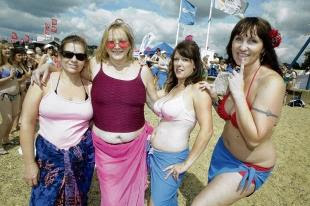 A bid to set a new world record for the number of women being photographed wearing bikinis in one place failed, after only 42 of the required 1,924 turned up.

A poor weather forecast in Southend-on-Sea, Essex, was blamed for the disappointing turnout.

Organisers had hoped to enter the record books by getting more than 1,923 women wearing swimwear on the sands of the Essex seaside town, beating the number reached in Russia last year.

One said that only 42 had turned out, the oldest of whom was in her 80s to raise money for Southend Hospital's breast cancer appeal,

Debbie Reynolds, 23, said she thought they would at least break the UK record of 320.

She said: "It was sunny and everything, so we thought we'd get a good turnout, but it was very sad when we realised that 42 was the grand total.

"It's pretty rubbish I must admit. We really need to try harder. 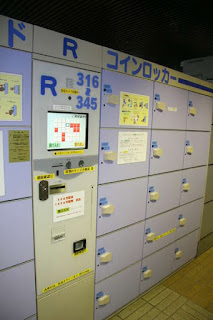 German police had to rescue a 20-year-old man from a train station suitcase locker after he shut himself in for fun and began to suffocate. After a night out drinking with friends, squeezing into the locker had seemed like an amusing idea to the man, police in the south-western city of Ludwigshafen said Friday.

But the laughter faded when he started to run out of oxygen and his companions couldn't open the locker. Police broke open the door and dragged the groggy man to safety. 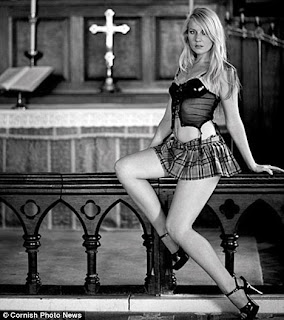 Andy Craddock snapped photos of semi-naked models inside St Michael Penkivel Church in Cornwall, western England, before publishing them on his website and sparking the wrath of the Diocese of Truro.

"All I know is I'm being threatened with legal action," said Craddock.

"I don't understand it and I don't see the photographs as offensive, it's art."

Jeremy Downing, a spokesman for the Diocese of Truro, confirmed legal action was being taken and labelled the photos "deeply offensive".
"The Church deplores the use of sacred space in this way," he said.

"The pictures would be deeply offensive to people who view the place for regular worship. That's not what these buildings are intended for and he is deliberately taking advantage of the situation.

"Whether he's gone in there legally or illegally he is using the setting for an entirely improper purpose," Downing said.

"By anyone's reasonable standards of decency this is beyond the pale."

St Michael Penkivel was used in the 2005 British black comedy film "Keeping Mum" about a serial-killer in a quiet village, starring Rowan Atkinson.

The Bish should have charged more.