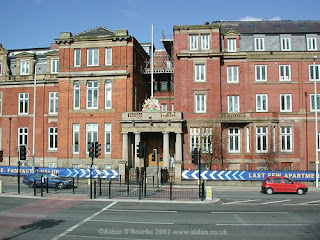 BBC NEWS The decision by Alan Johnson to back two major hospital reorganisations is likely to be seen as sign of government intent to press ahead with changes that are often intensely controversial in local communities.

Also from BBC NEWS is this article by Dr Sheila Shribman, the children and maternity tsar,

The changes to hospital services in Greater Manchester are the first such plans that Mr Johnson has been asked to approve since he became Health Secretary.

The announcement had been delayed after the Health Secretary said he wanted to take more time to consider his decision.

What happens in Manchester is likely to be watched closely by campaigners in other parts of the country where hospital services face reorganisation.

The important sentence in this article is-“The report recommends that the option of a midwife led unit at both sites should be strongly considered.”
“Thousands of patients have signed petitions or joined marches to express their concern about possible changes to their local hospital.
The district general hospital has been a cornerstone of the NHS since the 1960s but some experts now argue that changes in technology and treatment mean the NHS now needs to rethink how and where hospital care is provided.
It has become government policy to shift more care into clinics in the community, and centralise some others in larger more specialised units.”

Alan Johnson it seems wants to devolve our treatment into clinics and “centres of excellence” he wants to take away doctors from certain treatments and have “nurse practitioners, and midwives” running these establishments.

“The chief executive of the NHS David Nicholson has said that maternity, paediatric and emergency care need to be reorganised in some parts of the country.
In an interview last year he said there could be as many as 60 reconfigurations of hospital services in England.
Public consultations have recently been launched on changes to hospital services in London, and change is also expected in Kent, Surrey and Sussex.”

This isn’t confined to “Up-North” but is going to happen in your area, to your hospital, without the “powers that be” asking for our opinion: after all we do pay for the NHS don’t we?

“Government is the great fiction, through which everybody endeavours to live at the expense of everybody else.”-Frederic Bastiat

NHS behind the headlines