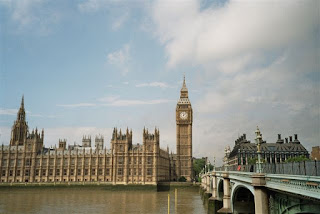 Something a bit different this Sunday, the Government and Old Gord in particular are so deep in the “Brown” runny stuff that I thought I would add my perspective of the political battlefield.

RESIGN AND CALL A GENERAL ELECTION YOU ARROGANT B*****DS!!!


There: I feel much better now back to business. 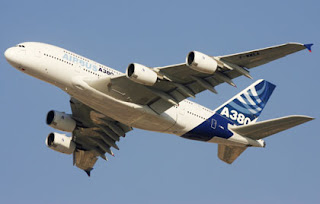 Ananova £300 million flying palace the world's largest private jet complete with its own concert hall is being built at a cost of £300 million.
Plans have been unveiled for the customised 240ft-long Airbus 380 Superjumbo, which is expected to be snapped up by mega-rich Arabs, reports The Sun.
The "flying palace" also boasts a Turkish bath steam room, a boardroom and garage for its owner's Rolls-Royce.
It is so huge a normal version could carry up to 850 passengers.
The deluxe version's owner will be driven up a hydraulic ramp into the garage. A red carpet will automatically unfurl.
The concert hall will have a stage, a baby grand piano and seating for ten people.
Builders Design Q expect to deliver the first plane in three years.
Possible buyers are thought to include the owner of the Savoy Hotel Saudi Prince al-Waleed bin Talal.

I just hope they have had the speed sensors checked. 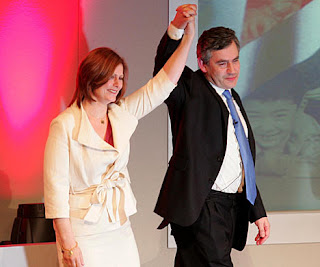 Bit of politics-sort of: Sarah Brown becomes surprise Twitter hit Gord’s better half, and I suppose he has to have one has attracted almost 120,000 followers online.
In stark contrast to the mood of crisis in Downing Street her tweets over the past few days have spoken of "glorious" weather, outings with the children and "excitement" at the appearance of tiny strawberries in the garden.
Last weekend she told her followers how much she had enjoyed a trip to London Zoo, especially the water jets in the Splash Zone – "perfect for younger ones on a hot hot day".
Under the user name SarahBrown10, there are regular updates on her public duties, such as speaking at a reception for Chance UK, the mentoring charity, earlier this week.
There are also frequent replies to messages from other users even wishing them well with children's birthday parties or thanking them for recommendations on locations for days out.
There is little reference to politics although in one posting on Thursday night, in reply to an earlier message, she remarked cryptically: "I don't know what a shadow twitterer is."
Her total number of followers reached 118,718 on Friday, leaving her still some ground to make up to catch up with Barack Obama's 1.3 million.
In a message posted on Thursday, she explained: "I have really enjoyed Twitter since I started nearly 3 months ago – love the Tweet chat and info exchange.
"I learn alot here. Sarah"
Nice to see she is backing hubby with all means available to her.
Not really surprised, when you are married to a twit…………. 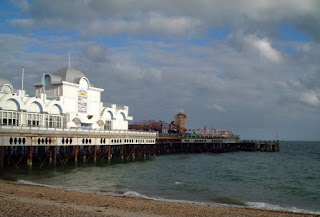 Portsmouth the new Malta Southern Railways are attempting to lure travellers to Portsmouth by comparing it to the sun-soaked island of Malta.
In a new marketing campaign scheduled to run throughout the summer, Southern Railways – which operates services between central London and the south coast – describes Portsmouth as "The New Malta".
Although Portsmouth is famous for its naval history and its FA Cup-winning football team, it also boasts obesity rates and crime levels well above the national average.
Southern Railways' advertising campaign follows the unveiling last month of a French-themed online video comparing Blackpool, a traditional haven for stag and hen weekends, to a sophisticated European town.
"We probably get about two weeks of sunshine at best, and you are more used to seeing people fighting than socialising in a quaint café," said Tim Courtnell, a life-long Portsmouth resident. "The beach at Southsea is a mixture of shingle and Stella Artois cans on most days, and you wouldn't think of swimming in the sea."
I am quite fond of “Pompy” and have spent many happy days there, but what really worries me is that Southern Railways don’t seem to know the difference between a sun baked island in the Med and a cold windy English seaside town.

No wonder their service is crap, I wanted to get to a town just outside Shoreham by Sea which is near Worthing and I had to go Via Portsmouth. 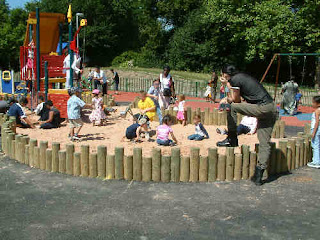 Bit more Health and safety Sandpits disappearing from playgrounds Sandpits have all but disappeared from children's playgrounds across Britain, as councils blame health and safety concerns for the removal of the traditional play area.
A survey indicates that just 2 per cent of all playgrounds contain a sandpit, denying thousands of children the pleasure of digging and making sand castles in their local parks.
Councils across England, Scotland and Wales have ripped out many over the last two decades leaving fewer than 100 sandpits in the 4,815 playgrounds run by the 70 local authorities questioned by The Daily Telegraph.
Most have disappeared over fears that they pose a health and safety risk – with councils claiming poorly maintained sandpits sometimes contain broken glass, needles and are used by cat as a 'litter tray'.
Child experts, however, claimed these risks were exaggerated and the cost of maintaining them was the real reason for their disappearance.
Some 70 local authorities were surveyed by The Daily Telegraph, and Horsham District Council, one of the districts that has removed sandpits from local parks, said: "We closed a sand pit because it was being used regularly as a loo by a large number of cats.
"Despite regular and ongoing attempts to clean the area, we remained concerned about the potential health risks to children and other users of the sand pit."

How does Horsham know that a “large” number of cats are using sandpits as a loo?
It could just be one with the runs. 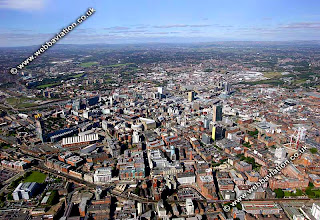 Learn to talk proper like what I do a teenager working for men’s outfitters claims she was told to go John Lewis to see how to address customers properly and given a High Street guide on the correct way to speak.
Danielle Snelgrove, 18, says senior staff at TM Lewin, in the Trafford Centre, Manchester, told her the John Lewis approach to customer care was ideal.
By contrast, the McDonald's more prosaic way with words was to be avoided at all costs.
Miss Snelgrove, from Salford, Greater Manchester, who speaks with a regional accent, decided she didn't much care for the guidance and promptly quit.
"I couldn't believe it," she said. "I'm proud of where I come from and here they were telling me to bury my roots.
"It wasn't that they were deliberately unkind - it was just that I had a month of being told my accent didn't fit.
"I'd had enough when the manager and supervisor told me I needed to go to John Lewis to see how assistants speak to customers, and then to McDonald's to see how not to do it."
Miss Snelgrove sense of grievance is shared by staff at the Trafford Centre branch of McDonald's.
TM Lewin has launched an internal investigation into Miss Snelgrove's claims.
A spokesman claimed it would be "inappropriate" to comment on an individual case, but insisted that the welfare of staff was "of paramount importance to us."
The spokesman added: "We recruit people from all backgrounds and actively embrace regional diversity, all of which is encapsulated in our equal opportunities and diversity policy.
"We also aim to provide the very best standards of customer service. We thus train our
employees to understand what constitutes excellent service.
"At no time do we use other companies to demonstrate our service expectations."
No offence to Mancunians but pot-kettle?