Decent-ish meteorology at the Castle this morn, sunny, calm but a touch of nippy-ness around the ankles, the kitchen is filling up nicely with broken laptops and desktops, and I hoovered out and dusted the Rover yesterday. Aftermorn I took a walk up the road and down the lane and had a bit of a stroll along what is left of the Roman road past “Caesar’s Camp” didn’t find a horde of gold coins but there were quite a few beer cans and other detritus to take home and put in the “recycling bin”.
Dahn towards the bottom of ‘Ampshire

A £256m Hampshire hospital which opened 18 months ago has cut 700 jobs and shut wards, the BBC has learned.
The Queen Alexandra Hospital in Cosham was rebuilt using private finance and opened in July 2009.
The hospital, run by Portsmouth Hospitals NHS Trust, confirmed the job losses and the closure of 100 beds.
Finance director Robert Toole admitted the situation was "challenging" but said the hospital was on course to save £29m this financial year.
However the hospital was still likely to be facing a deficit of about £6m in an overall budget of £430m even with the savings.
Never liked the “Private Finance Initiative” now I know why.
Meanwhile:
Piss Poor Polices Dave C 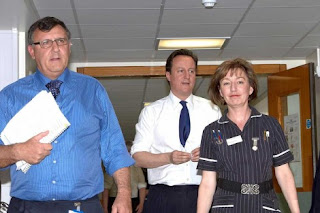 Has said that the government will not take risks with the NHS in England, PPP Dave joined what’s his name deputy PM and knobhead Andrew Lansley to try to present a united front amid widespread criticism.
Speaking at -Grimly Dark (Frimley Park), hospital PPP Dave said change was necessary because of rising demands on the health service from factors such as the ageing population.
He added: "I'm in politics not to take risks with the NHS but to safeguard and improve the NHS for today and future generations.
And sacking Nurses and closing wards is going to do that, while the vastly overpaid, under worked “senior management” keep their jobs and pensions?

Above is a snippet of the Money taken out of the NHS by the Frimley Park “management” last year, click on the photo for a better look.
And:
Here is a list of MPs who have received a “refund” from us of their repaid expenses. 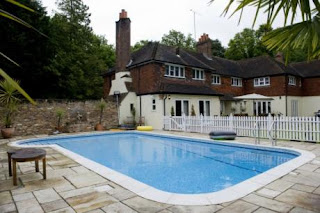 I give up.
Left to Welsh Wales, and left a bit more 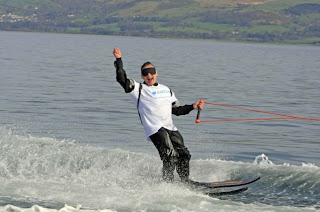 A blind man set a new world distance record for an hour’s blindfolded water skiing at the weekend... but still stuck to the rules and covered his eyes.

Mr Thiele, of Audley, Staffs, achieved the feat off Anglesey for Cancer Research UK and Ghana Outlook and said: “I used to water ski for Britain.”

Bigger gonads than I have. 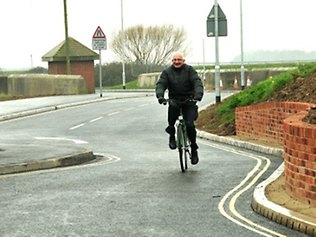 King’s Lynn council is under fire for spending £1.5 million ($2.5 million) on a bus lane, only for drivers to find it is not wide enough for buses.

Residents of King's Lynn in Norfolk, eastern England, branded the project "farcical" after drivers discovered they have to navigate the route at walking pace because it is so narrow, Lynn News reported.
The road has not been used since it was unveiled earlier this month because the drivers will need special training to use it, and there is no one available to train them.
Brian Lake, 63, cycles along the route each morning. He said, "It's a farce. It took a driver and someone standing in the foot well to see the driver through the pinch point on the trial run. There are tyre marks on the kerb where it has squeezed through."
The Norfolk County Council project engineer behind the venture, Quentin Brogdale, apologised for the state of the road. He reasoned that the project had to be finished this month or there was a risk the government could retract funding for it.
Norfolk Numpty.

Shoppers turned heads at an Essex shopping centre by turning up wearing only their undies and high heels.
The promotion at the Lakeside Shopping Centre, in Thurrock, was staged to launch the centre's spring fashion range.
The first 100 girls who turned up wearing only their underwear and a pair of high heels won a £100 gift card.
All entrants had to be over the age of 18 and had to have their photo taken as part of Lakeside's 'flash of fashion'.
The shopping centre promised entrants the chance to arrive in their underwear and "leave fully clothed in a fabulous new look for the new season". 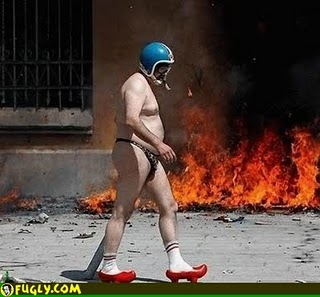 I did think about attending as I need a new suit but decided discretion was the better part of not scaring the horses.

Dahn in Dorset
Ten sand artists have spent days carving and shaping maritime-themed sculptures for the inaugural Sandworld event in Weymouth which opens to the public later this month. 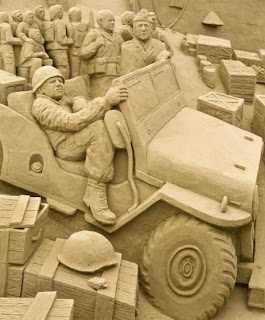 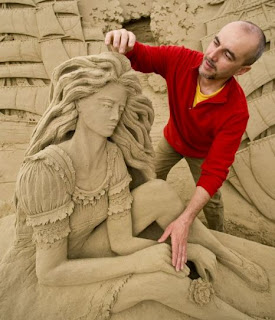 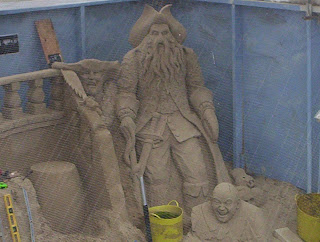 Clever.
That’s it: I’m orf to dig out my Commodore 64
And today’s thought: With computers, every morning is the dawn of a new error.
Angus
Posted by Angus Dei at 08:09 2 comments