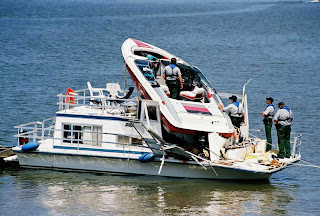 BBC NEWS -A US man divorcing his wife is demanding that she return the kidney he donated to her or pays him $1.5m (£1m) in compensation.

This Pillock- Dr Richard Batista is demanding back the Kidney because his divorce is not going well tough, blame the lawyers, grow up and get a life.


BBC NEWS-Mixed-sex wards 'blighting NHS', this has been going on for years, in fact back in 2004 when Mrs Angus was in hospital, the “ward” she was in was mixed sex. I put ward in quotes because it was a “bay” of six beds, there were other bays with mixed sexes in as well. It is obviously beyond the “ward Manager” to arrange, or move beds so that all six beds are inhabited by the same sex after all it’s not Firkin rocket science. The excuse is always “it would leave beds empty "Lord (kahzi) Darzi tough shit, patients are stressed enough when they go into Hospital, adding to this stress by having mixed sexes in the same bay is unacceptable.


The Register-MI5 head calls for comms data access, yes it is still on the cards, they still want a database of all our phone calls and emails. Such data is currently held in varying degrees by communications providers and can be retrieved by the police, MI5 and other agencies. It is often used in court cases. The excuse of course is “national security, what about “national Privacy”?


Still on “security” The Register-the Home office denies remote snooping plan, and is denying plans to change to rules governing how police can remotely snoop on people's computers. A spokesman for the Home Office told the Reg that UK police can already snoop - but the Regulation of Investigator Powers Act and the Surveillance Commissioner govern these activities. He said changes had been proposed at the last Interior Ministers' meeting, but nothing has happened since.

Methinks they protest too much.

Still on “Government Snooping” which of course isn’t going to happen- The Register a private sector firm may be given the job of maintaining a proposed super-database tracking the telephone and Internet records of Brits.

So it seems even though the Government won’t be snooping on us, if it did happen then it would be run by a private company, as the Gov managed to lose 29 million records last year.

That really makes you feel “secure” doesn’t it?


“Ask for no guarantees, ask for no security, there never was such an animal. And if there were, it would be related to the great sloth which hangs upside down in a tree all day every day, sleeping its life away.”-Henry De Bracton