Virtual Shakespeare: The EU forever: Rescue the RNLI: Dead questionnaire: Marko for Mayor: and life of luxury in the nick. 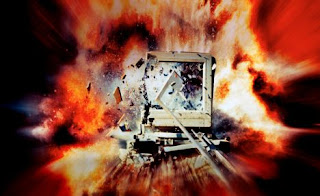 Damp, cloudy and very warm at the Castle this morn, yesterday was “interesting”-everything I touched fell to bits, the first desktop I started to repair decided to explode its power pack, the next in line was a laptop that committed suicide by killing its hard drive, the third one decided to melt its RAM, so I decided to take a time out and pop down the town for a wander.
After searching for a space for ten minutes I paid my 80p to park for an hour and the machine took my money and refused to give me a ticket, and of course there wasn’t a “parking attendant” within a mile so after another ten minutes looking for a space somewhere else paid my 80p and finally got a ticket.
Went into Wilkos where they sell “Dreamies” for his Maj for a squid a pack (instead of £1.59 at Tesco)-they didn’t have any. So I spent quite a while staggering round the “redesigned” store looking for some wood glue for a project at the Castle-they didn’t have any of that either.
Went home-started on computer no4 which was password protected and of course the “user” hadn’t given me said password, so I went into the garden and sat in the sun for the rest of the day.


According to Jesse Anderson 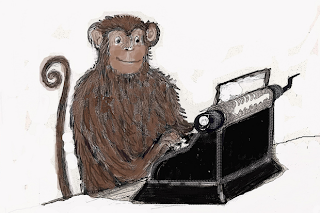 A few million virtual monkeys are close to re-creating the complete works of Shakespeare by randomly mashing keys on virtual typewriters.
A running total of how well they are doing shows that the re-creation is 99.990% complete.
The first single work to be completed was the poem A Lover's Complaint.
Set up by US programmer Jesse Anderson the project co-ordinates the virtual monkeys sitting on Amazon's EC2 cloud computing system via a home PC.
Mr Anderson said he started the project as a way to get to know the Hadoop programming tool better and to put Amazon's web services to the test.
It is also a practical test of the thought experiment that wonders whether an infinite number of monkeys pounding on an infinite number of typewriters would be able to produce Shakespeare's works by accident.
Mr Anderson's virtual monkeys are small computer programs uploaded to Amazon servers. These coded apes regularly pump out random sequences of text.
Each sequence is nine characters long and each is checked to see if that string of characters appears anywhere in the works of Shakespeare. If not, it is discarded. If it does match then progress has been made towards re-creating the works of the Bard.

Virtually finished then; it does sound a bit like Parliament.....

And apparently Voters who expect the Coalition to bring about Britain's departure from the European Union are "living in a world of illusion," an aide to David Cameron has said.
Desmond Swayne, the Prime Minister's parliamentary private secretary, said that Nick Clegg and the Liberal Democrats are preventing the Tories distancing Britain from the EU project.
Mr Swayne, the MP for the New Forest, made the comment an email to a constituent who asked for the Government to do more to reduce the influence of the EU in Britain’s economy and society.
The MP said that he sympathised with the views of his constituent, David Pitman, but insisted that the Government’s options are limited by the Coalition deal with Lib Dems.


Which is why I call it the “Piss Poor Policies Coalition”.... 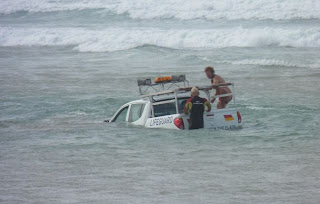 Beach lifesavers wrote off their £40,000 rescue truck when they tried to drive it through wet sand and were swamped by the incoming tide – at a holiday spot called Booby's Bay.
Crowds watched as the RNLI crew struggled in vain to save the Mitsubishi pick-up as it sank beneath the waves in North Cornwall.
The lifeguards drove the truck across a narrow strip of tidal sand that is only passable when the tide is out – and left it too late to get back. They tried to make it through the shallow water but got stuck as high spring tides swept in.
A second rescue truck and a tractor were summoned but the doomed vehicle was too far into the advancing sea to allow them to attach a tow rope. The rescuers were forced to salvage what equipment they could as the truck submerged.
RNLI lifeguard manager Bobby Renaud said the crew were returning from a safety check between their base at Constantine Bay and the neighbouring beach at Booby’s Bay.
‘Thankfully, no one was hurt. However, there will be a full investigation and any lessons will be incorporated into the 4x4 training the lifeguards receive,’ he said. 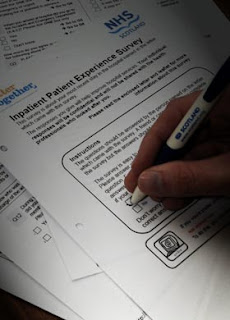 Dozens of dead people in the Lothians have been sent a questionnaire asking them how they rated their stay in hospital.
The form, designed to find out how well the NHS is faring, was sent to more than 900 dead people across Scotland.

Health chiefs wanted to ask patients how good their treatment was, how long they had to wait in accident and emergency, and if the nurse knew enough about their condition.

The national inpatient experience study also questioned if the toilets were clean, and whether patients were bothered by noise at night.

The Scottish Government confirmed that 903 surveys were sent to dead people, including 75 in the Lothian area. A spokeswoman said a review was in place.


Among the 33 questions it posed to the deceased were whether they felt their doctors listened to them, and what arrangements were made for them to leave the hospital.
In a box by the sound of it........ 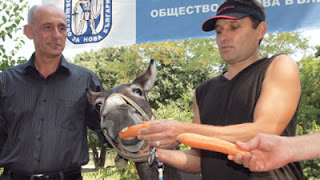 Campaigners are putting up a donkey as a candidate for mayor.
Marko - whose standing for office in Varna, Bulgaria - is promising hard work, no kickbacks and a mulish determination.
Society for a New Bulgaria campaign director Angel Dyankov explained: "Unlike the other mayoral candidates and politicians, Marko has a strong character, doesn't steal, doesn't lie, and gets the work done."
Incumbent mayor Kiril Yordanov has refused to share a platform with his rival saying it is "undignified".
But Mr Dyankov commented: "He is right. Just think how Marko would feel sharing a stage with such a political crook.
"It would be very undignified for any self respecting donkey." 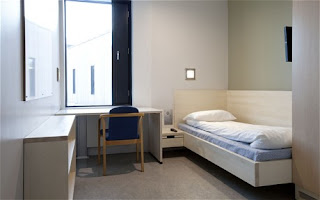 Prisoners in some modern British jails have been given luxuries such as including computer consoles, flat screen televisions complete with satellite channels and en-suite lavatories.
Inmates themselves have admitted conditions in some jails are like those at holiday camps.
Prisoners also receive free bed and board, wages and cash bonuses for good behaviour, while drugs are cheaper in jails than they are on the streets.
Prison officials have reported watching inmates simply sitting in their cells watching sport on television - sometimes on the Pay-TV channel Sky Sports - or playing games on computers or Play station consoles.
Other prisoners have had access to en-suite cells with flat screen televisions while at the same time being able to check dinner menus and order their meals in advance.
A spokesman for the Prison Service has dismissed claims of "cushy" prisons.


Maybe they should get the prisoners to type out the complete works of Shakespeare....mind you this was back in 2008, things are probably much better now.

That’s it: I’m orf to find an invisible anti-magnet.


And today’s thought: if at first/second/third/fourth you don’t succeed go and sit in the garden.