Before the usual mindless ramble, just got back from voting, the place was like a ghost town, only one candidate for the county elections, and no one for the Euro election, is it any wonder that the public don’t vote if the parties can’t be bothered to show up. 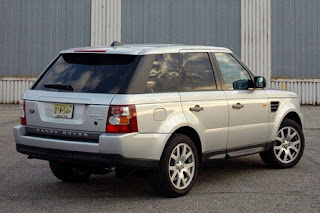 The anonymous driver ditched the £50,000 Range Rover Sport HSE after customising it with vinyl lettering listing its faults.

It was left outside a Lookers Land Rover showroom in Colchester, Essex, and decorated to appear like one of the company's "manager special offers".

Along the side panels, the owner spelled the following in large yellow letters: "If you want trouble free motoring do not buy one of these!!!"

But the dealership has no power to move the offending car as it is parked on a public road outside the showroom.

"All necessary repairs to this vehicle over 42,000 miles have been carried out under warranty.

"However, we are disappointed this customer's ownership experience has been unfortunate and as such we have made a goodwill offer towards helping him into a new vehicle." 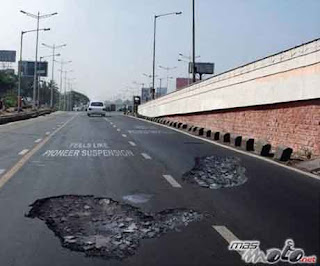 Man rescued after getting leg stuck in road melted by heat wave Graham Merrington, 19, was crossing Angleside Avenue, Burnage, Greater Manchester, when his foot and shin disappeared down a hole.

He remained stuck for more than 40 minutes while firefighters cut away the remaining road surface.

"I was in a bit of shock," said Mr Merrington. "You don't expect to be walking down a road and disappear down a hole."

The catering assistant spent part of Tuesday evening being treated in hospital for torn ligaments and a damaged ankle.

"I will be complaining to the council. This road desperately needs sorting or this kind of thing will happen again. It's not safe."

His father, Wilfred, supports the call for urgent repairs to the road. But he added: "I did tell Graham he was pretty stupid."

A spokesman for Manchester City Council said: "Further investigation is taking place and we wish Mr Merrington a speedy recovery."

Yes, and please don’t sue us! 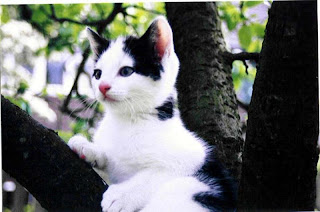 Kitten stuck up tree attacked by crows Seven-month-old Holly scaled the 80ft tree in Aylesbury, Buckinghamshire on Monday afternoon and was stuck throughout the night.
Jason Thompson, the boyfriend of owner Lisa Govier, said: "She was not moving and under attack. It was a baking hot day. She was scared.

"Then the crows arrived and they were taunting her, pecking at her and she looked very distressed, she wasn't meowing anymore and we were all really concerned.

"All the neighbours came out because they could hear all the commotion with the crows."

The kitten was eventually rescued by fire crews, but Mr Thompson said he was angry that the RSPCA did not react sooner, despite a number of calls to the agency,

"We put God knows how many calls into the RSPCA, but were told the same thing time and time again; that it 'wasn't a priority' and that 'the 24 hours weren't up," he said

"Thankfully in the end the fire service did come to the rescue." 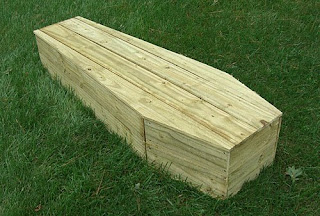 Tall man's legs cut off to fit in coffin A US funeral director has been stripped of his licence after a 6ft 7ins man's legs were cut off so the body would fit inside the coffin.

A worker used an electric saw on James Hines, 60, a preacher and musician, without the family's permission, reports the Daily Mirror.

The South Carolina Board of Funeral Service closed the firm in Allendale and fined undertaker Michael Cave the equivalent of £250.

Mr Hines's widow, Ann, said the case made her feel as if her husband, who died in October 2004, "had died all over again". 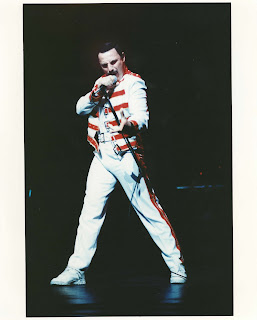 Speaking on national television about his musical preferences, Milan Bandic said he wanted to attract rock legends to the city.

"I would like to see David Bowie play in Zagreb. And Freddie Mercury could come, too," he said.
Mayor Bandic reportedly seemed shocked to be told that the Queen front man had died 18 years ago.


Finger on the pulse, or not. 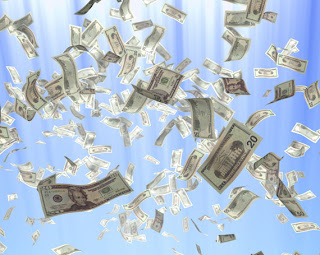 David Jenks found the money - the equivalent of more than £150,000 - after popping out of his antiques shop one evening in Syracuse, New York state.

"I was walking out to my car for a clean shirt when I saw bags of trash on the side of the road," he said.

When Mr Jenks went to move the bags, he realised they were filled with banknotes.
The bags are believed to have come from a Brinks armoured security vehicle.

Brinks managers are trying to determine how the money ended up on the side of the road, police said.

Mr Jenks added: "It's the most amount of money I've ever seen in my life. I'm so glad I was here tonight. I was happy to return the money."

Angus Dei-NHS-THE OTHER SIDE
Posted by Angus Dei at 08:53 2 comments