Colder than a ConDem’s heart at the Castle this morn, the falling down and lying in vomit thing seems to have gorn orf, and his Maj has discovered the joy of sitting on the top of the wardrobes.


As you may know my photography skills are a bit suspect, and like all bad workmen I blame my camera; so I have “upgraded” to a sparkly new 14mp digital do-dah with all sorts of bells and whistles.

New one-taken with the old one. 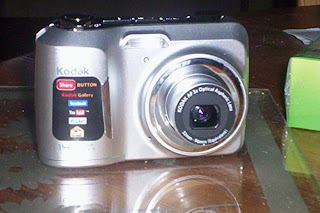 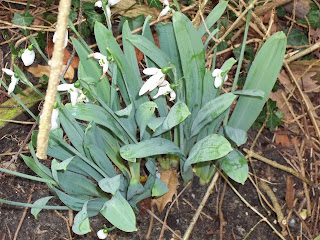 His Maj being a vandal. 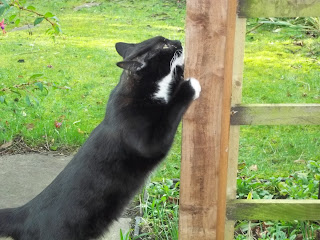 And a snippet of video.

So you can look forward to many, many more inane pics in the future... 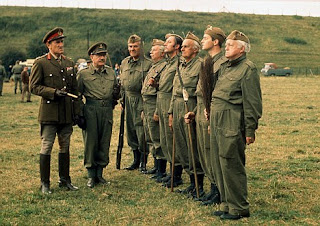 Apparently there are more than 2,500 citizens working for town halls and private security companies who can hand out fines, take photographs of offenders and demand their names and addresses.
These soulless Jobsworths are not accountable to the police, unless they break the law, and include car park attendants and dog wardens.
Under the scheme, which began in 2002, a chief constable can give employees of councils or private companies limited powers to carry out specific, approved roles.
For some, that means the right to hand out on-the-spot fines for offences including disorder, truancy, dog fouling and littering, stop vehicles for roadside tests and confiscate alcohol or cigarettes from children.
They have a uniform and badge, but despite having to be approved by police chiefs, they remain under the full control of their employer who dictates their role and deployment. If they are accused of misconduct, the victim has to complain to the private employer and would have to sue in the civil courts if still unsatisfied.
A Home Office spokesman added: “Our number one priority is public protection. The Community Safety Accreditation Scheme assists the police in keeping communities safe.
“Powers are limited to dealing with low level crime, individuals are thoroughly vetted and training is approved by the relevant force.” 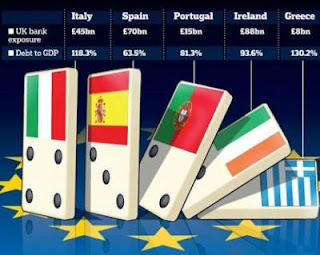 A string of countries have had their credit ratings downgraded in a mass blitz by agency Standard and Poor's.
France, Austria, Italy, Spain, Portugal, Slovakia, Malta, Slovenia and Cyprus have all been cut in a brutal round of downgrades.
France and Austria both now hold AA+ ratings, while Italy, formerly an A-rated country, holds a BBB+.
Spain will move down to an A rating, while Portugal moves to BB, Slovakia to A and Cyprus to BB+.
Malta now holds an A rating and Slovenia finds itself on A+.
Austria, France, Malta, Slovakia, Slovenia, Cyprus, Italy, Spain and Portugal also had their long-term ratings lowered.
Only Germany, The Netherlands, Finland and Luxembourg kept their top-notch ratings in the cuts.
The euro fell to a 17-month low on the currency markets amid early reports of the news - the latest in the eurozone crisis - and stock markets across the world also declined.


Back in baffling Blighty 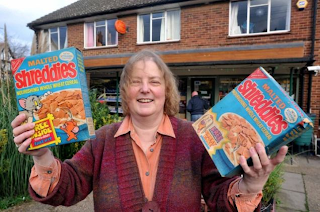 Boxes of Shreddies dating back to the early 1970s have been discovered in a village shop – and are now selling for about £160 a time on eBay.
The packs were found by 59-year-old Norma Fears behind shelves at her post office in Whitwell, Hertfordshire, and were initially rejected as feed by a customer’s chickens.
The customer returned to the store to give back the Shreddies, but fellow shopper Dave King suggested to the woman and Ms Fears that she place the items on eBay.
Some packs still contain a free gift – stickers from the 1970 Disney film The AristoCats - making them popular bidding items online.
'When we saw the first bid at £36, we thought "that’s quite good" but then they sold for £158.98,' explained Ms Fears. 'I couldn’t believe they went for that.

Hope the Elfandsafety crunchers don’t get wind of that...... 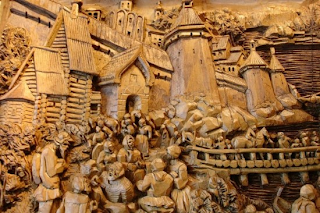 Kronid Gogolev is a master wood-carver who creates incredibly detailed artworks inspired by the rural and provincial life of Russia’s northern regions.
Using simple tools, he is able to turn rough pieces of wood into masterpiece depicting the way of life and the traditions of the Russian northern village, capturing its original beauty. Each of his creations has its own unique features and characteristics, but they all manage to capture the attention of the viewer, transporting him to the real-life picturesque settings of the north.

Very nice-let’s hope this next guy doesn’t get his hands on them.


Still in the land of colder than Blighty 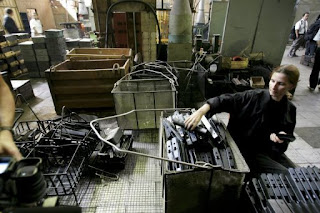 A Russian villager discovered a stockpile of Kalashnikov assault rifles hidden in the wooden crates he bought for $15 from a stranger to use as fuel for his winter stove.
A total of 79 guns and 253 cartridges were stuffed in more than 60 wooden boxes bought by a resident of the village of Sovkhozny in Udmurtia, a region some 1,300 km South-East of Moscow, Interfax news agency reported on Friday.
The 57-year old local resident said he bought them from a random truck driver for 500 roubles ($15.81) to heat his home.
The fully functional rifles, produced in 1959-1960, were on their way to a recycling plant from Izhmash, one of the country's oldest arms manufacturing plants, the company said, when they wound up in the man's possession.

Good job the butler didn’t get hold of them…


That’s it: I’m orf to colour the Milky Way. 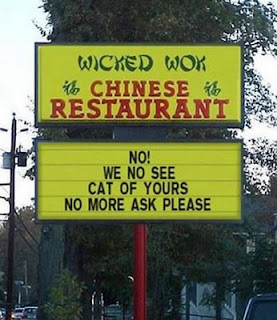