Fig-ure this: Dept of tax avoidance: You are what you eat: The knobs on the bus: Time to slow down: and the Dunollie Castle de-daws.

Sort of non atmospheric conditions at the Castle this morn-warmish, calm and dry with an iota of opaque wet stuff in the air, orf to Tesco on the stale bread, gruel and his Maj’s food run and I spent a couple of hours at my lovely young ladies (who trims my locks) house sorting out her computers yestermorn, nice to feel useful again... 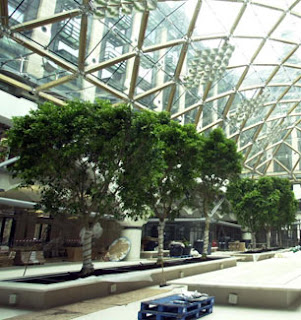 In the atrium of the £235 million portcullis house stand twelve weeping fig trees, they were rented from Plant Care UK for £32,500 a year, including maintenance and have so far cost us £400,000 in total.

Are they taking the piss or what....? 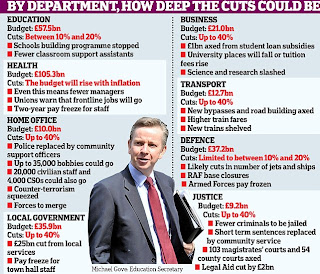 Allegedly more than 25 senior Department of Health officials, some earning more than £250,000 a year, have had their salaries paid to limited companies, enabling them to reduce their tax bill, it has emerged.
Despite many of them being employed by the department for a number of years and in “very senior positions”, officials denied they were “civil servants".
The “problem” emerged when Ed Lester, the chief executive of the Student Loans Company, was able to avoid tens of thousands of pounds in income tax by having £182,000 a year paid to his private company.
According to leaked internal documents, the health staff earned almost £4.2 million in one year for their work with the department.
One contractor is said to have earned £273,375, while a further 19 officials were paid more than £100,000.
The majority of the “limited companies” are registered as business and management consultancies.
One Whitehall source said: “We cannot defend these arrangements, but it may be it is very common in Whitehall and this is just the tip of an iceberg.”
A “full audit” is now being conducted by the Treasury into the arrangements.

Don’t hold your breath...”all in this together”.


Left to the city of many lights 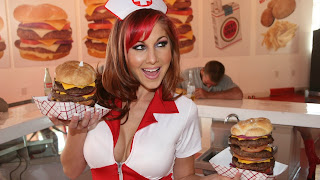 One Las Vegas man has painfully discovered that what you eat can have a big impact on your health.
The man was dining on a "triple bypass burger" in the The Heart Attack Grill in downtown Las Vegas when he suffered an apparent heart attack.
According to ‘Nurse’ Bridgett who was working at the restaurant when the man in his 40s began experiencing chest pains "He was having the sweats and shaking,"
The restaurant is known for not holding back on the food it serves. Signs around the business glorify bad eating habits and the menu includes items like Flatliner Fries, and Butterfat Milkshakes.
The "quadruple bypass burger" can easily exceed 8,000 calories.

Karma...my what big burgers that young lady has... 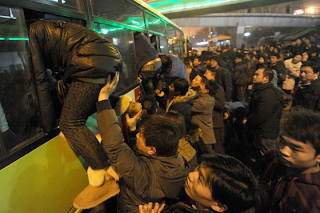 A Route 815 public bus near the Beijing Guomao area was jam-packed. With the bus doors blocked by passengers, some passengers struggled to climb into the bus through the windows.
A traffic officer on the side tried to keep order without effect, and could only help stuff the passengers one by one into the bus. 15 minutes later, this severely overloaded Route 815 public bus finally set off.

Reminds me of my commuting to London days…

“You practically have to come to a stop to read it,” said Smith, who lives nearby.

The sign lists six different times when drivers need to slow from 45 mph to 25 mph on about a mile of Bogie Lake Road near three schools.

“I’m thinking of printing out the speeds and attaching it to my dashboard.”

North to the nearly autonomous still part of Blighty bit 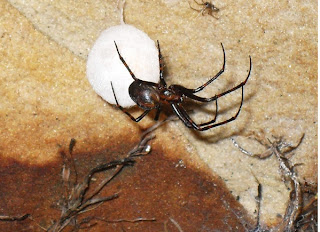 One of Scotland’s most romantic and historic ruins is to undergo a £1 million restoration programme – without disturbing the residents.
Dunollie Castle, which sits on a rocky crag above Oban Bay, is the iconic spot where the kings of Dalriada ruled the Western Isles in the seventh and eighth centuries and which later became a Clan MacDougall stronghold.
It is now home to an unusual colony of European cave spiders, which have made their nest in an opening in the eight-foot thick medieval castle walls.
The MacDougall of Dunollie Preservation Trust says its £1.1 million project to save Dunollie from the elements and the ravages of recent vandalism will make sure that the spider colony is protected.
Project director Catherine Gillies said: “We are going to have an ecologist with us and we need to decide what we do about our cave spiders. They are one of the largest spiders in the UK and are living inside a window opening, in the seven to eight feet thick castle walls. We hope we can leave them in peace.”
European cave spiders are shiny satin black to reddish brown in colour with adults reaching roughly a five centimetre leg span and 15 millimetre body length. They usually live in caves and tunnels away from the light.

Not in this Castle they won’t... 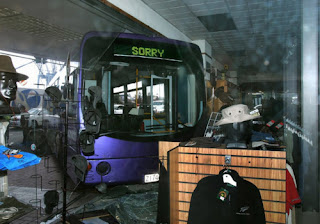 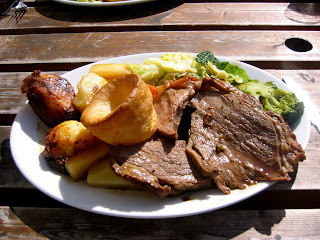 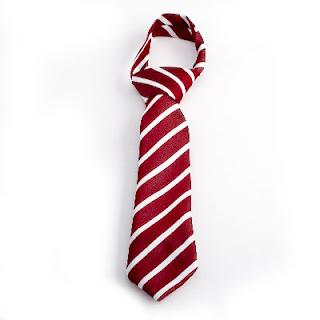 The HSE has finally done it Traditional school ties 'banned' over health and safety fears at least 10 schools a week are adopting clip-on ties amid fears conventional knots pose an injury risk, it was claimed.

Concerns have been raised over children pulling them too tight for a joke and getting them caught in machinery.

Research by the Schoolwear Association, which represents uniform manufacturers, said there had been rising demand for "safer" ties since January.

Around 25 British schools change their ties every week, it said, with almost half of those opting for clip-ons.

The Campaign for Real Education condemned the move as "health and safety gone mad". 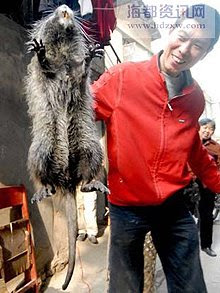 Looks like us down in ‘Ampshire have got problems New 'super rats' evolve resistance to poison genetic mutations have produced a new breed of "super rat" with DNA that protects the vermin from standard toxins, according to Professor Robert Smith at the University of Huddersfield.

Ratcatchers in Berkshire and Hampshire were the first to report that their poisons were no longer effective, which experts put down to increased immunity among the pests.

But as the poison-resistant rats continue to spread, tests have revealed that they boast an entirely new strand of DNA that wards off attacks from pesticides.

Swindon in Wiltshire is the latest town to suffer an infestation, with exterminators reporting a 500 per cent increase in the rodents. Many are turning to traps, air rifles and even dogs in an effort to keep the populations under control.

And there’s me thinking they only existed in the Houses of Parliament. 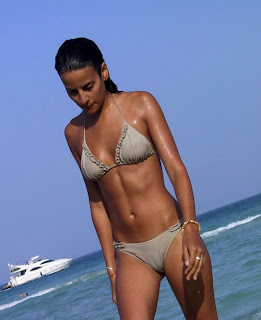 The occasion marked the 50th anniversary of the building iconic “Welcome to Las Vegas” neon sign and according to the city’s mayor, Oscar Goodman, the start of summer on the Strip – a month ahead of other northern hemisphere destinations.

The publicity stunt, which saw around 300 bikini-clad women parade down The Strip, will do little to improve the city’s reputation for a lack of political correctness (women were asked to send in a photo along with their hip, waist and bust measurements, before participation could be approved) but plenty to publicise the city’s famous pool party scene.

It was followed by a swimwear retrospective, hosted by Holly Madison of the reality television programme Girl of the Playboy Mansion, featuring a catwalk show of bathing suits from the fifties to the present day.

The city has been struggled in recent months to attract visitors due to the economic downturn.

Go on spoil yourself, take a look. 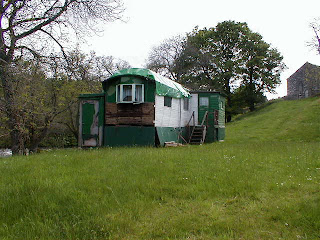 No thank you very much-Britons offered 'free' caravans Britons are being offered the chance to claim a free holiday home after a holiday parks company announced that it is giving away static caravans this summer.

Park Holidays UK, which operates 25 parks in Britain, plans to transfer ownership of its oldest static caravans to Britons wanting a holiday home.

The caravans, which are around 15 years old and valued between £2,000 to £4,000 each, come with the original furniture, carpets, kitchen appliances and beds, and will be given a safety-check before handover.

Holidaymakers claiming a caravan are required to pay an annual pitch fee of between £1,800 and £4,000, depending on the park, and a £400 connection charge for water and electricity. There is no committment beyond the first year's fees and so owners can, in theory, remove the caravan from the park at the end of this one-year period. Owners can also rent the caravan out to generate a second income.

The company currently has caravans available at holiday parks in Dymchurch in Kent;

Been there done that, cold uncomfirtable and noisy.

Some signs from around the thingy: 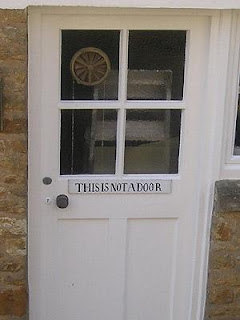 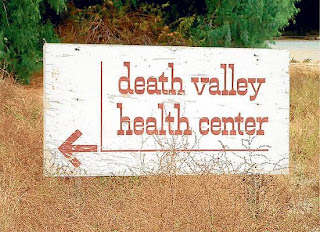 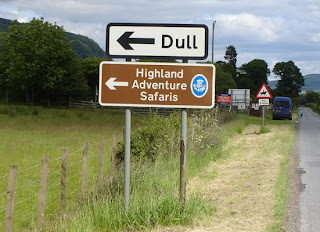 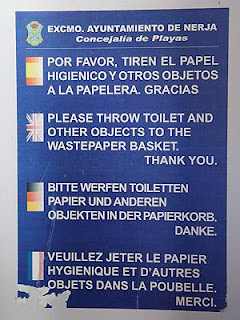 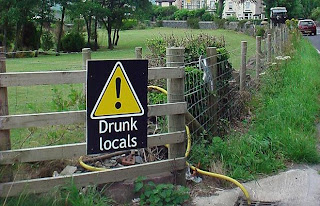 “Here of a Sunday morning My love and I would lie, And see the coloured counties, And hear the larks so high About us in the sky.”-A E Housman