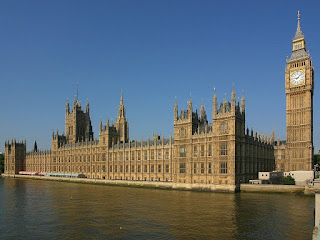 The “story” at the moment is the Damian McBride email farce, the prime Minister has denied any knowledge, and every one else in Downing Street is backing off quicker than the economy is going down the pan.

McBride’s resignation can be found here

This of course comes on top of the expenses scandal, which to be fair applies to all parties, but is another bit of “sleaze” attached to Gord’s Gov, going as far up the ladder as Jacqui Smith, Tony McNulty Geoff Hoon, and maybe even Alistair Darling

The problem I have with this Government, and in fact with all Governments is trust, what kind of democracy do we have when the elected parliament is ripping us off at every opportunity, and then either denying or trying to convince us that it is normal practice, or behaving like a bunch of teenagers when their parents are away.

Guido Fawkes has done an excellent job exposing the latest bit of sleaze but don’t forget he is Conservative biased, and I wonder if his motives were a bit slanted, but good for him, these things must be brought to light,

The Tories had their fair share of sleaze as well; there was the Mellor/Sanchez thing, and the Tim Yeo affair, as well as the Jonathan Aitkin’s libel case, and don’t forget the Neil Hamilton cash for questions, or the Major/Currie affair and of course the Jeffrey Archer perjury case.

I don’t support any political party because to my mind (such as it is) they are all cast from the same mold; there isn’t much difference between the policies the moral standards or the ethical stance they take.

I know Politicians are only Human (debatable) but when they are elected to Parliament as our representatives, I think we should expect “decent” behaviour from them, and for them to concentrate on doing their jobs rather than spending an inordinate amount of time and resources trying to rubbish the other parties: as in the NHS denial and cover ups is the way of life which seems acceptable to them but it really shouldn’t be to us, and I don’t think we should allow it.

“Politics is not a bad profession. If you succeed, there are many rewards. If you disgrace yourself, you can always write a book.” Ronald Reagan

NHS-THE OTHER SIDE
Posted by Angus Dei at 09:43 2 comments