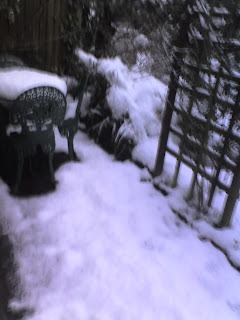 Abso-bloody-lutely freezing again this dark morn, it snowed AGAIN last night, and then froze over, so what we have at the Angus castle is Snow; ice. Snow, ice, Snow, ice.

The boiler stoker is working nonstop to keep the central heating going and I give up scraping the car, it can stay there till after that thing on Friday. 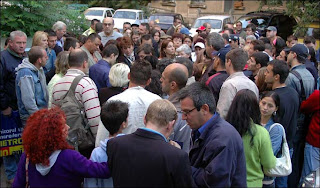 I tweaked my ankle yesterday slipping on the ice and thought I might see a GP but now I know why it takes so long to get an appointment-Migrants are registering with family doctors at a rate of one a minute, leaving GP surgeries "straining at the seams" as they try to cope with the impact of rising immigration, new figures show.

More than 600,000 people signed up with a GP practice in England and Wales last year having arrived from overseas – an increase of 50 per cent in just seven years.

The number of GPs only increased by a fraction of that over the same period fuelling concerns that Labour's immigration policy has placed a huge strain on resources. 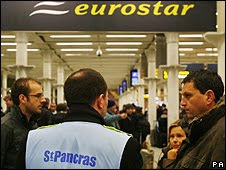 That chuffin useless Eurostar is due to resume operation of its high-speed trains through the Channel Tunnel on Tuesday after three days with no service.

But passengers with pre-booked tickets are being advised not to travel unless it is essential, as the operators try to clear a backlog of journeys.

The firm said snow shields used to protect the trains' electrics had worked for the past 15 years, but the recent cold snap in France had been "unprecedented" in their experience. 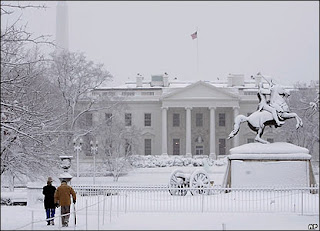 Over in Washington: police are investigating after Internet videos showed a detective waving his gun during a mass snowball fight on a city street.

Police said Monday they were looking into reports that the plainclothes officer pulled a gun after he and his personal car were hit by snowballs. Police say witness accounts and videos from the scene appeared to support the claims.

Hundreds of people were gathered for the snowball fight during Saturday’s record snowstorm.

A video posted on YouTube showed the officer waving and pointing a gun as he walks toward the snowballers. Another video shows what appears to be the same man telling people he is a detective and that he pulled his gun because he was hit by snowballs.

The link for the video is Here 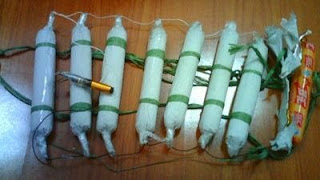 And from the other direction: A Chinese robber threatened to blow up a restaurant with sausages, disguised as explosives, strapped to his body.

The 23-year-old man ate a meal at the restaurant, in Benxi, Heilongjang province, before grabbing the owner's daughter.

He put a knife to her neck and demanded cash from the till - but the restaurateur and other diners overpowered him.

They called the police - but when officers arrived the man, named He, jumped to his feet and revealed his 'explosive' belt.

Police managed to restrain He and took him outside to an open space - and called bomb disposal experts, reports the Huashang Morning Post.

"When they experts arrived, they laughed out loud as they quickly realised the explosives were actually sausages," said a police spokesman.

He said he staged the robbery because he was depressed after splitting up with his girlfriend. He told police he had been "inspired" by the shape of the sausages.

If he likes sausages that much he is going to be very happy in prison. 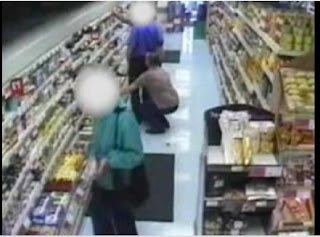 Click on the link over the pic to view the video.

Police are hunting a man who carried out what they describe as 'bizarre' sexual assaults after he repeatedly knelt behind a shelf stacker to smell his behind.

The man was caught on CCTV creeping up on the unsuspecting worker at least 20 times as he stacked shelves at a Co-op store in Plymouth, Devon. The footage shows him casually pretending to chose items from shelves before suddenly crouching down behind the employee.

The man's odd behaviour to the employee was spotted on at least two occasions. The offences only came to light when the employee became suspicious and informed his manager who checked the in-store security video.

The victim - who cannot be named for legal reasons - said: "I had no idea what was going on. I thought it was all a bit strange. I was shocked and I couldn't believe he was in the aisle for that long."

Police say they are treating it as sexual assault.

DC Steve White of Plymouth police, said: "We are treating this incident very seriously and we would appeal to the public's help in tracking down this man.

"It is a bizarre incident and the shop was full of people. Someone must have seen the man and could well help us identify him."

The man is white, clean shaven and of medium to large build. 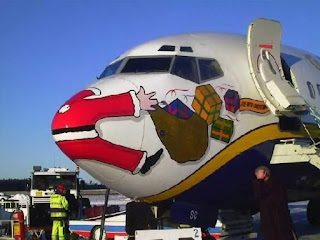 A casualty doctor has warned that carving the Christmas turkey while drunk or popping champagne corks could seriously damage the population's health on Christmas Day.

More bizarre accidents medics have seen include: exploding Christmas tree lights, which caused small burns to eyelids and eyeballs, and zips caught on eyelids as people struggled to try on a new jumper.

Also on the list are burns from the oven, older people choking on their turkey and nasty hand and limb injuries caused by people trying to get stones out of avocados - something that is becoming an increasing issue.

Others can turn up at accident & emergency with eye injuries from poking themselves with Christmas tree branches while getting presents from under it.

Eye unit staff commonly see children suffering after poking themselves or others in the eye with new toys and glitter fragments in the eye from cards or craft activities.

Dry eyes from sleeping with eyes open after excess alcohol consumption is common.