Just returned from the smash and grab (Tesco) I see that they have imposed a three hour parking limit, with a charge of £70 if you overstay, who in their right mind (apart from the people who work there) would want to stay in Tesco for three hours?


A snippet or two of news.

The end of an era 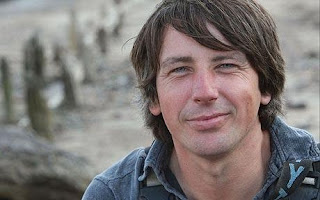 The last fishing boat in Great Yarmouth is about to sail into the sunset: There were once so many fishing boats in Great Yarmouth that locals claimed you could walk across the harbour over the decks of the fleet. But now, after years of decline prompted by European Union quotas and environmental concerns over fish stocks, the town's last full-time fisherman has announced he is quitting the industry.

Jason Clarke's 32-foot (10 metre) boat, Eventide, is the town's last commercial vessel and once he stops work next month, there will be none.

Mr Clarke, 39, who is the fourth generation of his family to have fished, said he was "bitter" at having to leave the industry.

He blamed the EU's quota system for forcing him out and for destroying the town's fishing fleet over the past decade.

The end of the beginning 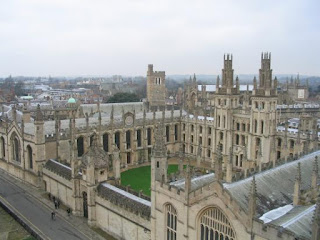 Up to 200,000 could be left without degree places next autumn as the recession prompts a 12 per cent rise in applications despite pressure on universities to limit numbers.

The Higher Education Funding Council has warned vice-chancellors that money will be available for only an extra 10,000 extra places next autumn and that they will face financial penalties if they over-recruit.

Alistair Darling, the chancellor, has ordered universities to find £600 million of savings between 2011 and 2013 on top of £180 million of cuts already announced.

Vice-chancellors may now seek a rise in tuition fees to cover their shortfall amid strong demand from both school-leavers and adults applying to university rather than applying for jobs in the recession. 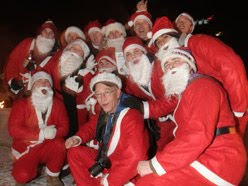 From West over the wet bit and up: Yesterday evening dozens of people strapped on their Santa Claus suits and headed off to numerous nightclubs in the name of the holiday season.

For the eighth straight year, the social gathering known as Santacon fired up the sleigh and set a course for downtown Winnipeg. Adam Dudek, who helped organize this year's event, explains why:

"It's our way of celebrating Christmas," he said an hour before taking it to the streets. "There's nothing political or any message behind it -- it's just a way for people to go out and have some fun."

While nightclubs are the norm, Team Santa isn't above crashing any event or business it comes across.

Shopping malls are fair game and music venues are in play, and the copious amounts of holiday spirits consumed by these part-time Pere Noels -- and their resulting actions -- is cancelled out by a simple theory: no one is going to kick Santa to the curb.

"I don't want to simplify it, but it's basically just an opportunity to get drunk and run amok," said Dudek, as Twisted Sister's version of Oh Come All Ye Faithful blared from the audio system in his duffle bag. Last winter, Dudek said 144 people took part in the Winnipeg Santacon.

In past years the group convinced the elves to build them a bus to cart their cheer around the city. Yesterday it was a walking tour, but with the temperature dipping down to a North Pole-ish -30 C last night, just how jolly everyone would be was the big question.

"I decided to layer up quite a bit," said Adam Meisner, making his first Santacon appearance. "I'm already sweating, but I'd rather be a little warm than really cold. I have a feeling once we get through a couple bars I won't even notice the weather."

Ah, an important message for the kids out there:

If it's a cold Christmas Eve night, maybe include a little something next to the milk and cookies to help warm ol' St. Nick. Twelve-year-old scotch would be great. 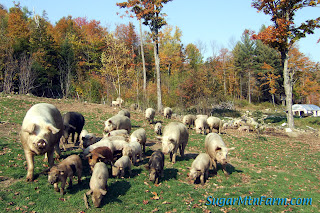 From East a lot, over a couple of wet bits and down: Farmers in southern Taiwan have started to potty-train their pigs in response to a planned water pollution fee, breeders and officials say.

To keep their livestock from defecating into nearby rivers, a growing number of farms have established special toilets smeared with faeces and urine to attract the pigs - and farmers say the results have been very encouraging.

"The pig toilets on my farm help me collect about 95 per cent of all pig waste, making cleaning much, much easier," said Chang Chung-tou, a pig farmer in Yunlin county.

One-in-five complaints about water pollution received by the administration is about waste from livestock farms.

Taiwan has a total of about 6 million pigs, most of them raised on farms in the centre and the south.

That’s a lot of potties. 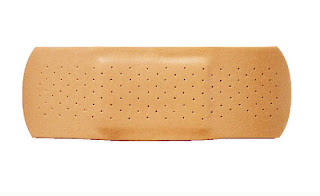 From down under, another piece of research from the bleedin obvious Uni: A study at Queensland's James Cook University used 65 medical students who removed Band-Aids either quickly or slowly, and ranked their pain reaction from zero to 10.

Quick removal returned a pain score of 0.92 in comparison with 1.58 for those who chose the slow approach.

Researcher Dr Carl O'Kane says the research found the cause of pain to be more of a psychological issue.

"It's fascinating that if you had a preconception that slow was going to be more painful in fact it was, so it also suggests that pain is not just what you perceive but what you think you will perceive when you get the painful stimulus," he said.

"So there's a lot of cultural and psychological factors there as well."


No room at the asylum centre

The Rev Canon James Rosenthal, dressed in a red robe with a long white beard and holding a bishop's mitre and crook, was refused entry by guards at Yarl's Wood immigration removal centre in Bedfordshire.

After gently protesting that he was not a threat, he started to bless the £300 worth of gifts donated by congregations of several London churches. But after an unedifying stand off, the security guards then called the police on the visitor, who was accompanied by one of Britain's most distinguished clerics.

Mr Rosental, who is the Anglican church’s leading expert on St Nicholas, said he was “extremely disappointed” that 35 boys and girls at the centre were denied a pre-arranged visit by the patron saint of children and the imprisoned.

"St Nick has never been turned away from anywhere before," he said. "So I was extremely disappointed not to be able to hand deliver the gifts to the children detained at Yarl's Wood. I hope the kids realise that they will be firmly in my prayers."

Mr Rosental is writing a formal letter of complaint to the centre about how it handled the visit and the heavy-handed tactics employed by the guards who patrol the perimeter fence.

Serco, a private security company that operates Yarl’s Wood, referred questions to the Home Office. A spokesman said that only people subject to stringent security checks can be allowed into the detention centre and there can be no exceptions.

But the St Nicholas Society, of which Mr Rosental is patron, said that Serco did not respond to numerous requests before the visit earlier this month to discuss how a handover of presents could be carried out and also refused requests to provide details about the 35 children in the centre so they could receive appropriate presents.

Serco also refused permission for the two clerics to enter the centre to visit two refugee families later the same day, as it had previously agreed. They were handed letters from Dawn Elaine, contracts manager at Yarl's Wood, saying permission had been revoked because of "concerns about your conduct".

The presents were eventually loaded into an unmarked van by staff who refused to provide a name, number or receipt for the gifts. Mr Rosental asked one "guard" his name and the man said "write down 'Father Christmas'".


Show us your moves 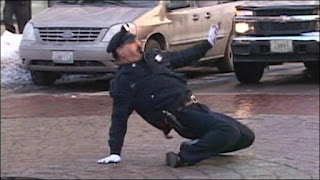 I know this is a bit old hat but it did cheer me up: busy street crossing may not seem the most sensible place for a dance floor but a retired US police officer has been delighting motorists with his moves.

Videos of Tony Lepore , known as the "dancing traffic cop" has taken the internet by storm.

His routine includes waving his arms and getting down on his knees while blowing his whistle.

He gyrates and drops to his knees at red lights and jumps while waving pedestrians by.

Dressed in police blues, white gloves and an officer's cap, he draws smirks, applause and honks from passers-by. Some take pictures and others shout "Merry Christmas!" He began his routine in the 1980s while directing traffic at an intersection which didn't then have a signal light. He quickly became bored and started dancing.

"I always wanted to be a performer when I was a kid," he said.

He retired from the police department in 1988 after nearly 20 years of service but returns annually for a two-week stint.

Go on, click on the link and have a laugh, god knows we need one.