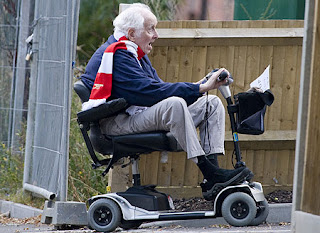 The weather is “good” the cat’s asleep and my new wireless thingamabob seems to be working, and I see that Barak Obama doesn’t want to speak to our Gord when he visits America for the UN talks and the G20 in Pittsburgh.

It seems that Barak is a bit miffed about the Lockerbie bomber release thing, and that other “dying” criminal, Ronnie Biggs was seen tearing about on a mobility scooter, taking the piss or what? 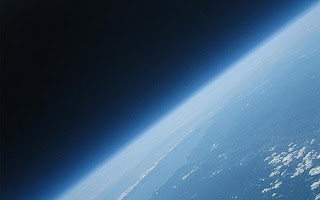 American students Oliver Yeh and Justin Lee have taken images of the earth's surface using a camera bought on eBay, a weather balloon, a mobile phone, hand warmers and a drink cooler at a total cost of £90.

The idea was 20-year-old Oliver Yeh's, a student studying computer science and electrical engineering at the Massachusetts Institute of Technology in America.

To create the budget space camera, the students bought a normal camera on eBay and fastened it inside a Styrofoam cooler. They then poked a hole in the side of the cooler for the camera lens.

To keep track of the space camera's whereabouts they attached a mobile phone and a wireless router to send GPS coordinates back down to Earth.

They set the camera to take a photo every five seconds.

The hand warmer - the type skiers put in their gloves - was taped to the phone's battery to prevent it freezing. The whole package was strapped to a spherical weather balloon filled with helium and sent to the edge of space to take the extraordinary images.

The students launched the balloon on the morning of September 2 after travelling 60 miles inland to a warehouse in Sturbridge, Massachusetts. The balloon was in the air for five hours before the air pressure forced it down.

The duo were amazed when they found the camera unharmed at a construction zone outside Worcester, Massachusetts, 25 miles away from the launch site. 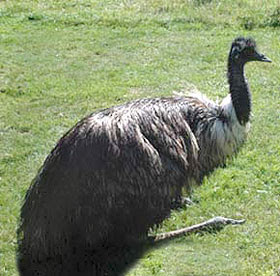 Officers had to use a stun gun and handcuffs to capture an emu running loose on Interstate 20 in central Mississippi on Sunday. Police Officer Kiley Culpepper told WLBT-TV in Jackson that motorists had been calling 911 since Friday to report sightings of two emus on I-20 and nearby U.S. Highway 80.

Authorities had been unable to find the animals until Sunday, when one was spotted near an I-20 entrance ramp.

The big bird was dodging traffic. Culpepper and deputies were able to surround the animal but has to use the Taser and handcuffs to finally get it off the road.

After being captured, the animal was taken to the Scott County Forest Coliseum.


Big barbeque in Mississippi tonight then.

Don't do this at home 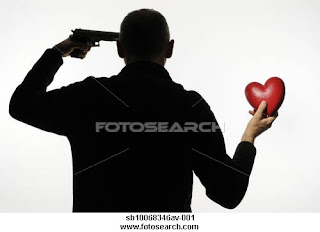 An Imperial man is dead after accidentally shooting himself in the head while teaching his girlfriend firearms safety.

Sheriff Glenn Boyer said that on Friday, deputies responded to 4307 Rock Valley Court in Imperial for a shooting. Investigators found 40-year-old James Looney with a gunshot wound to the head.

According to witnesses, Looney was demonstrating how to use the different safety mechanisms on several guns to his girlfriend. The witnesses said Looney would put the guns to his head, and before pulling the trigger, would ask her if she thought the gun would go off.

With the first two guns, the safety mechanisms worked. The third gun fired.

Looney was transported to an area hospital, where he was pronounced dead the next morning.
According to witnesses, Looney was going to take his girlfriend to the shooting range the next day, but insisted on the lesson on firearm safety the day before.


This guy is/was a Numpty of the first order, still his name is apt. 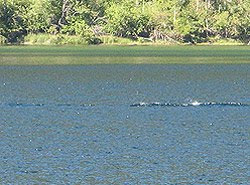 Brigette Horvath knew she saw something strange in Cameron Lake on Vancouver Island two years ago and a team of researchers say she might be right.

Researchers who specialize in looking for so-called crypto zoological creatures - in other words, monsters - spent Saturday on the lake probing the depths with a sonar-like fish finder.

At first, they picked up a couple of large contacts at the bottom of the lake, about 45 metres deep, then something more pronounced on a second pass.

"Something just went 'ping' on the alarm on the fish finder and we saw this absolutely massive object in the midst of various fish," said John Kirk, president of the British Columbia Scientific Cryptozoology Club.

Because the weather will deteriorate in the fall and winter, another search will have to wait until next year, Kirk said.

But the team has narrowed the possibilities.

"Maybe it's a sturgeon, maybe it's a giant sterile eel....it could be a massive type of salamander," Kirk said. "Or it could be something that we're completely unaware of at this point."

Nice to be so positive.

The green green grass of Greece 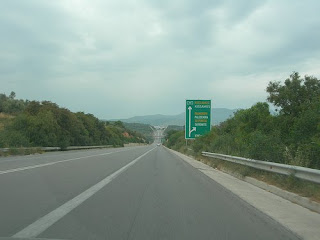 Police in northern Greece have arrested a 35-year-old man who allegedly grew cannabis in the middle of the country's busiest motorway, a police officer said.

The illegal patch on the median strip of the Athens-Thessaloniki motorway had ample access to water after the man tapped into piping installed for the strip's original greenery, Mr Fotopoulos said.

The arrest last week was made following an anonymous tip-off, the police said.


How many times have the police driven past the plants?