STATE OR PRIVATE EDUCATION-CHOICE OR NECESSITY?

It appears that quite a lot of parents are applying to local councils to have their children educated in state schools.

These are the parents whose children are in Private education but, because of the “Crunch” they can no longer afford to pay the fees, and some private schools are closing due to lack of pupils.

This debate between State and Private Schooling has been bubbling along for many years.

The “reasons” given by the “Private” club have been-private education is better because of the ratio between teacher and pupils, and that they want the best education for their children.

But suddenly the economy has changed their minds and now it seems that “quality” of education is not as important as MONEY.

Cynical: yes, but it does show the power of money (or lack of it). 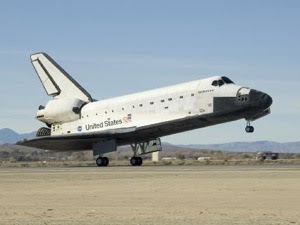 ‘ALLO JOHN GOT A NEW SHUTTLE?

Yes you can now buy a second hand Space Shuttle, Couple of Million miles on the clock, bits tend to fall off, no engines, air con, power steering, built in toilets, space for 12 people, delivery included-£28 Million no offers.

You can buy an engine- For those organizations looking for a piece of the action but financially strapped, NASA offers a lower-priced option: six to 10 decommissioned shuttle engines will also be made available at the low, low price of $400,000 to $800,000 each—plus shipping and handling.

The other snag is that you have to be a U.S. educational institution, federal agency, state or municipality, and have a climate-controlled building to put it in. 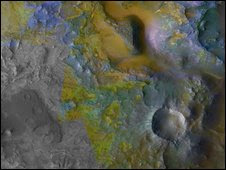 And keeping with the space theme-BBC NEWS

NASA finds 'missing' Mars mineral –it seems that mars has “Carbonate Minerals”, showing that Mars is not too acidic to live on.

Very interesting, now, if only I had a shuttle I could go and have a look (and yes I know the shuttle is not designed to travel to Mars). 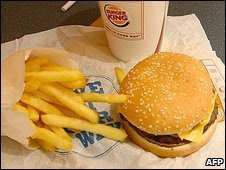 And finally-would you wear an aftershave that smells of Hamburger?


American fast food chain Burger King is marketing a men's fragrance with the scent of meat.

Called Flame, the company says the spray is "the scent of seduction with a hint of flame-broiled meat".

The scent is on sale in New York for $3.99 (£2.65) and through a website that features a variety of romantic images - but no actual burgers.

Its character the Burger King is also seen reclining almost naked in front of a log fire with whipped cream.


If you are seriously “aroma deprived” and can’t afford this, just stand by the extractor fan outside any Burger King and you will smell of Hamburger for bloody hours.