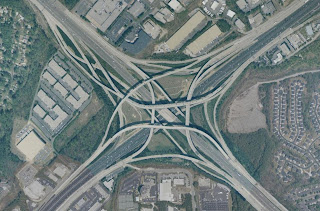 Fingers crossed; first up is: out of this world A police officer in Scotland has confessed to following the Jedi faith beloved of Star Wars film fans, respected policing analysis group Jane's reported Thursday

Pam Fleming, a 45-year-old beat officer in Glasgow for Strathclyde Police, said that she thought all police officers "should be Jedi’s," when interviewed by Jane's Police Review.
"For me, it is not a joke," she said. "Being a Jedi is a way of life.

"I love the Star Wars films and the concept of being a Jedi, that the faith is not divisive."
Fleming said she knew of other Jedi’s in Strathclyde Police -- the force apparently has eight in total.

According to Britain's Office for National Statistics, a total of 390,000 people in England and Wales listed their religion as Jedi in the most recent census in 2001. Scotland has a reported 14,000 followers.

That gives me a real feeling of security.

The force wasn’t with this guy!

Yahoo! News UK A British pensioner on a mobility scooter took a wrong turn and ended up driving along a motorway with a 70 mile (113 kilometre) per hour speed limit, prompting a police escort home

Police received telephone calls from concerned drivers after seeing the 89-year-old travelling along the M20 at Cheriton in Kent in southeast England.

"Kent Police received reports that a mobility scooter was travelling on the hard shoulder of the M20 on the London-bound carriageway," a spokeswoman said.

"An 89-year-old local man had taken the wrong turning and had travelled by mistake on to the M20."

The incident on Tuesday comes after a 90-year-old man on his scooter was assisted off a busy road in February.

The pensioner had taken a wrong turn onto a carriageway while out shopping near Shoreham in West Sussex in southern England.

"He said he had gone out to buy a newspaper. Somehow he must have got on to the roundabout and taken the wrong road," said a driver, who waved down the pensioner, before police arrived to help him home.

Wonder what newspaper he went out for?


Ananova Birmingham Council officials want to illuminate spaghetti junction to turn it into a landmark as part of a £6 billion makeover of the city.
Clive Dutton, director of planning at Birmingham City Council, said: "It is an extraordinary structure, one that is known around the country, but we feel as though it can have a massive impact around the world.
"It's an ambitious project, but what a thrill it would be to think that astronauts in space would be able to look down on earth and spot Spaghetti Junction glowing at night."
Spaghetti Junction was opened in 1972. It links the M6, Aston Expressway, A38 and A5127 above two railway lines, three canals and two rivers.


I suppose it will give drivers a nice view as they go round and round trying to find their way of the bloody thing.


My kind of café:


Yahoo! News UK Fatigued Finns in the western city of Turku can now escape pressures at home or stress at work at a cafe catering to those who like to catnap.

The brainchild of Turku's new 'nap' cafe is Jeremy Mast, a Frenchman who has been living in Finland since 2006 -- and was searching for a place to rest his head a couple of years ago.

"The idea came to me in a restaurant when I felt a bit sleepy after a meal," he told AFP.
"I thought it would be so nice to have place (for resting) and I started to think what it could be like."
After finding people liked his idea, Mast opened Naphouse in January after securing funding from the European Union's youth culture budget -- the cafe also doubles as an art gallery and an activities workshop for young people.

Customers seeking sleep or relaxation are given slippers, a pillow, a blanket and even a teddy bear before entering the blue coloured nap room, which has bean bags and doughnut-shaped mattresses on the floor.


I think they have had one of these in the Houses of Parliament for years.

'Basil Fawlty' Motel Bans An Entire Town A motel in New Zealand, which is run by a man nicknamed Basil Fawlty, has taken the unusual step of banning an entire town, including its MP.

Owner Steve Donnelly and manager Malcolm Glen said they made the decision after becoming fed up with the rowdy behaviour of sports teams from Wainuiomata.
All 17,000 people from the town have now been banned indefinitely from the Supreme Motor Lodge in Palmerston North.

Australian Donnelly said: "Having had about 100 people from there over the last couple of years and maybe one that we liked... it is not worth it."

"We would do the same to anyone who causes us that level of stress," he told the Dominion Post newspaper.

When Wainuiomata's Member of Parliament and former cabinet minister Trevor Mallard tested the ban by trying to book in, Mr Glen gave him his marching orders.
He told the New Zealand legislator: "As a Scotsman I don't have a vote, it doesn't matter to me, you're banned."


"Every exit is an entry somewhere." Tom Stoppard