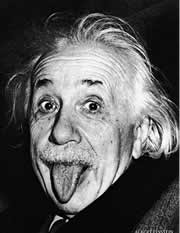 It’s Saturday, and once again I have the hump.

Went out to the car this morning at about 6am and there it was- a flat tyre. It was pissing with rain, but if I wanted to get my nicotine fix, and go to the 24hr supermarket, I would have to change the wheel.

I opened the boot, lifted the spare wheel cover and there it was. One of those firkin “Skinny Safety Wheels”, I didn’t know about it because you don’t bother to look. Do you?

And it would mean moving all the crap that was in the boot as well.

Who the hell thought that up? Which “Einstein” thought it would be better to provide a spare wheel that you can only use up to a certain speed and for a certain distance? Rather than one you could use properly and don’t look like a Pratt when you are driving. With people sniggering and pointing at your “pride and joy”

So, in the pissing rain at 6am on a Saturday morning I changed the wheel. The car now looks as if it has had a stroke, three nice shiny “proper” wheels and one thin bright yellow one.

It is also covered with stickers, such as “80kph only” which is what in English?

And “do not travel more than 30 miles” I am even more confused now because they are mixing the “numbers” and what happens if you get a puncture 31 miles from home? Does the damn thing self-destruct because you have exceeded the allowed distance?

Now I will have the pleasure of trying to get the flat tyre fixed, which is not easy because when you go to one of those tyre places you get the sharp intake of breath and “sorry you are going to have to buy a new tyre.”

I checked the “flat” and there was nothing in the tread, the only other thing it could be is the valve. I didn’t run it when it was flat so that hasn’t damaged it.

But no, it will have to be a new tyre, plus valve, plus balance, plus disposal of the old tyre.

I am not a happy bunny, so if you live near me and have a Honda, don’t be surprised if you come out tomorrow and some bastard has swapped one of your wheels for an ugly thin yellow thing. It will be me.