Cutting the Cuts: Hip hop surgeon sent home: Ring fencing the posts: The Cancum beetle: Turkeys get their own back: How to spend a Billion Dollars: and Silence on court.

Sunny, dull, warm, cool, windy, calm, damp and dry at the Castle this morn, just the usual then.
A tad late this day, had to go to Tesco to stock up on stale bread, gruel and pussy food, normal service has resumed-a bloody shambles. 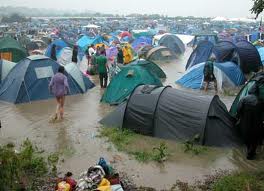 I see that Glastonbury has opened for the Festival-that should bugger up the weather this weekend, and almost half of police officers and three quarters of paramedics told a survey that they had been unable to intervene in a situation because of Elfandsafety regulations.
I spit on Elfandsafety... 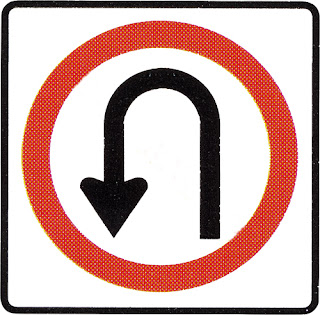 According to “experts” U-Turn Cam may have to “rethink” public spending cuts as Britain faces the toughest economic times in a generation.
Paul Johnson, director of the Institute for Fiscal Studies, said the Prime Minister may “balk” at the consequences of the cuts, the scale of which have not been attempted in a generation.
I won’t hold my breath. 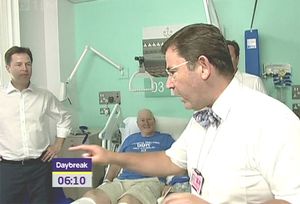 And 57-year-old David Nunn, the Orthopaedic surgeon blamed for startling the Prime Minister and his deputy, has unexpectedly gone on leave, and his NHS patients now face longer waits to be seen by Mr Nunn's hard-pressed colleagues.
The hospital yesterday insisted that Mr Nunn's sudden departure was at his own request. But a patient told The Independent a doctor in the orthopaedic department had used the term "gardening leave" to explain Mr Nunn's absence and claimed he had been "reprimanded" by managers at the trust.
And the moral? Don’t diss Dave...not.....
Up North 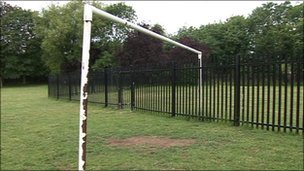 Council bosses have admitted scoring an "own goal" after a fence was built through the middle of football goalposts in a park in York.
The new fencing was installed at a cost of £6,000 on playing fields in Heworth.
It was erected before £37,000 worth of new play equipment is phased in at the park over the next few weeks.
Dave Meigh, City of York Council's head of parks and open spaces, said: "We recognise that the failure to relocate the goalposts is a real own goal."
It has left local people who use the park to play football confused.
I would have thought that people who are into football would be confused by an in/out sign.
West a fair bit and down a smidge.

A concrete Volkswagen Beetle is parked underwater amongst the sculptures off Cancun.
The life size 8 ton cement replica of the classic Volkswagon beetle has been sunk at a depth of 8 metres on the Manchones Reef, Cancun, Mexico
That should amuse the fish.
Up more than a touch 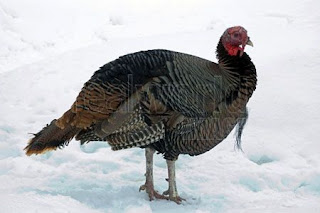 In Celine Dion land, Barrie city officials are calling for a solution in the midst of wild turkeys attacking vehicles and chasing people.
John Brassard, a Barrie, Ont., city councillor, fears the pesky birds could even hurt someone.
“They attacked my car,” he said. “I stopped, honked my horn, but they started pecking at the grill."
Brassard said he was able to drive away without further damage.
“It's getting to the point of being ridiculous,” Brassard said. “Something has got to be done or somebody is going to be hurt. People are getting out of their cars and the turkeys are chasing them back.”
Coun. Alex Nuttall raised this matter at a council meeting on Monday, but was told by city staff that wild turkeys are a protected species and little can be done. Staff are looking into the matter anyway.
Revenge is a dish best served hot-with roast potatoes, peas, stuffing, gravy and maybe some parsnips.... 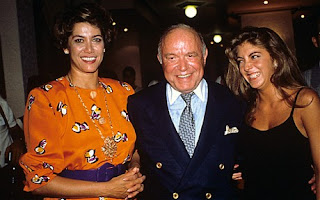 A British woman who won a reported $1 billion in one of the biggest divorce settlements in history has filed for bankruptcy in the US.
Patricia Kluge, a 62-year-old socialite, winemaker and one-time adult film actress, reported debts with her third husband of about £30 million, despite selling her 300-acre estate in Virginia.
She admitted defeat after a £10 million fire-sale last year of paintings, Roman statues, Qing dynasty antiques, a Chippendale commode, a four-poster bed from Hedingham Castle and a George III crystal chandelier.
Liquidating jewellery including 64 carats worth of diamonds, platinum and diamond earrings, and a sapphire-and-diamond Cartier watch, also failed to keep her afloat.
Asked last night where all her money had gone, Miss Kluge would only say: "That's a very long story". Her husband, Bill Moses, has said: "We spent too much, too fast."
No shit....
And finally:

I see that the Wimbledon grunting debate has started up again 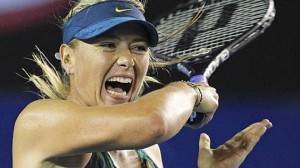 Ian Ritchie, the chief executive of the All England Lawn and Tennis Club, has lambasted female tennis players for grunting, claiming that it spoils the game and annoys spectators.
The claims come after Belarusian Victoria Azarenka managed to howl out at an astounding 95 decibels on the first day of the tournament. In the same match, battling against Slovakia’s Magdalena Rybarikova, Azarenka let out a shriek that lasted a second and a half.
Is there some sort of tennis thing on then?
That’s it: I’m orf to cancel my eBay account.
And today’s thought: Worst excuse for not turning in homework: I couldn't find anyone to copy it from.
Angus
Posted by Angus Dei at 08:52 4 comments