Bit of this, bit of that and none of the other at the Castle this morn, it seems that the Wevver is doing a U-Turn just like “Dave”.


Just returned from the stale bread, gruel and his Maj’s food run dahn Tesco, prices still on the up; but only another few months until Morrisons opens.

And talking of the Prime Monster 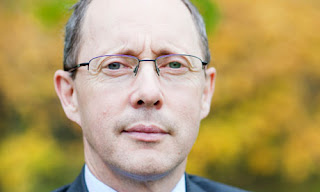 Himself, what’s his name and the rest of the Piss Poor Policies Millionaires Club Coalition have done yet another 180, this time over “care for the old”.
The amount of money that people will have to pay towards the cost of their care in old age is to be capped by the Government after a dramatic policy rethink by U-Turn Cam.
Andrew Lansley, the Elf Secretary, announced that ministers were shelving recommendations to limit the individual cost of social care to £35,000 per person because of the £2bn cost to the Treasury. But The Independent has been told by senior sources within both Coalition parties that the plans have now been revived. They will be formally announced in the autumn as part of a Coalition relaunch and will be included in the Care and Support Bill.
The Dilnot commission recommended that the "asset threshold" over which people would have to contribute to the cost of their care in old age should rise dramatically, from £23,350 to £100,000.
There would also be a £35,000 "lifetime cap" on costs, after which the state would pick up the bill for care. This would allow individuals to buy insurance to cover the £35,000 initial outlay and save them from having to sell assets, such as their house, to pay for care costs.
Allegedly shit for brains Cameron's rethink came just a week after the Government announced it was not going ahead with the Dilnot commission's recommendations.

Confused? I am... But not surprised.

All over aging, accident prone Blighty 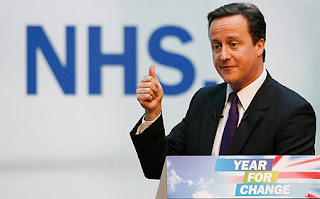 It seems that tens of thousands of NHS patients waited up to 12 hours for a hospital trolley in accident and emergency departments before getting a bed, official figures show.
Almost 67,000 patients during the first half of this year endured long waits for emergency beds, an increase of nearly a third, according to the government statistics.
While campaigners condemned the findings as “startling”, the Department of Health insisted that A&E departments were already offering an improved service.
Over a six-month period to June, 66,845 patients were found to have waited for between four and 12 hours for a bed once doctors decided they needed to be admitted.
During the same period the previous year, nearly 51,000 patients endured similar waiting times, the equivalent of a 31 per cent rise, according to the DoH.


And that is just the first six months of this O’limp dick year....still, “they" don’t have to worry, “they” have all got BUPA. 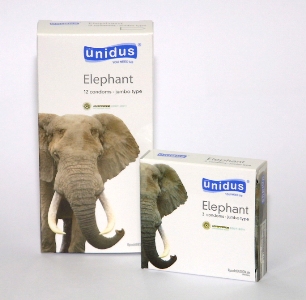 And dahn to Sarf Africa, a province which is home to thousands of elephants is planning a birth control campaign for the pachyderms to prevent a population explosion that could threaten plants and wildlife.


Unlike other parts of Africa where elephant stocks have dwindled to dangerously low levels due to poaching and a loss of habitat, South Africa has seen its populations steadily grow through conservation, with the country pressed for room to house the massive animals with hefty diets.
KwaZulu-Natal province, in the southeast, is looking to expand a project running for more than a decade where elephants’ populations have been controlled by injecting cows with a vaccine that triggers an immune system response to block sperm reception.


It was either that or six foot long condoms...shouldn’t they have injected the elephants instead? 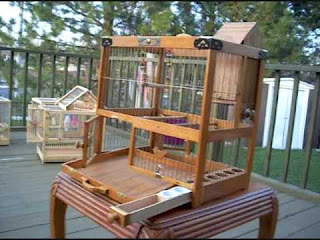 Police are looking for two people they say stole more than 500 canaries from the home of an 87-year-old Florida man.
Police say the men entered Manuel Sanchez's home on May 27 and took the birds. The next day, they sold the birds to at least three pet shops.
The canaries are valued at $30 each, which means the thefts were worth about $15,000 in all.
Police on Wednesday asked the public for help in identifying the suspects. Authorities say images of the suspects selling the birds were captured by video surveillance cameras.
Police were able to recover about 150 birds.


The rest of them disguised themselves as budgies and evaded capture...

Dahn more than a Peruvian mile or two 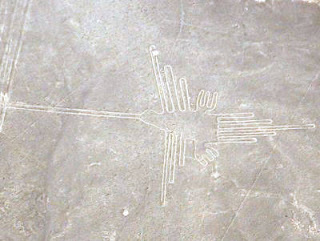 Squatters have started raising pigs on the site of Peru's Nazca lines - the giant designs best seen from an airplane that were mysteriously etched into the desert more than 1,500 years ago.
The squatters have destroyed a Nazca-era cemetery and the 50 shacks they have built border Nazca figures, said Blanca Alva, a director at Peru's culture ministry.
She said the squatters, the latest in a succession of encroachments over the years into the protected Nazca area, invaded the site during the Easter holidays in April and that Peruvian laws designed to protect the poor and landless have thwarted efforts to remove them.
In Peru, squatters who occupy land for more than a day have the right to a judicial process before eviction, which Alva said can take two to three years.
The Nazca lines known as geoglyphs, declared a UNESCO world heritage site in 1994, were produced over a period of a thousand years on a 200 square mile (500 square km) stretch of coastal desert.
They include enormous birds, monkeys and other geometric shapes. The culture ministry evicted a separate batch of squatters in January from near a sprawling design known as the Solar Clock, only to
face down a new group months later.


Good job that it didn’t happen in Blighty, they would have had Elfandsafety on them by now...

Back to the Smoke 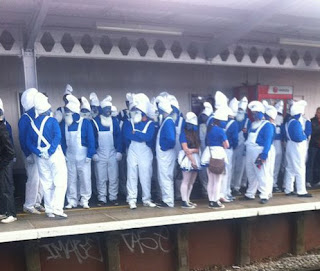 Apparently Scores of Hartlepool United fans dressed as Smurfs on an away-day trip to London have become an online sensation.
The supporters – in white overalls, blue tops, white beards, blue faces and white hats – travelled down for their side’s final match of the season against Charlton on Saturday.
A picture posted on Twitter of the Smurfs descending an escalator to get on the underground at London’s King’s Cross station was viewed 13,500 times in 24 hours.


Well, I suppose if you support Hartlepool you have to have something to look forward to...

That’s it: I’m orf to cancel my order for the Waverider 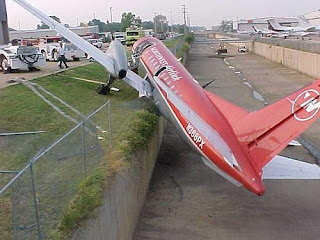