Still freezing, but it didn’t snow during the dark thing, they are threatening that a large bright UFO will appear in the sky, it has been seen before those that have seen it call it the Sun.

We live in hope. 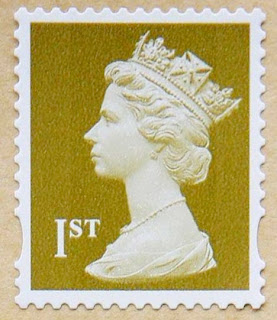 As do the “Postal service” apparently who have decided to raise the price of first and second class stamps to 41p and 32p respectively, in order to “save the universal postal service.”

The price of mail sent by small businesses will not change, remaining at 36p and 25p for standard letters. Royal Mail insisted that the cost of posting a standard letter in Britain was still among the lowest in Europe.

Putting up prices, a great way to attract more custom. 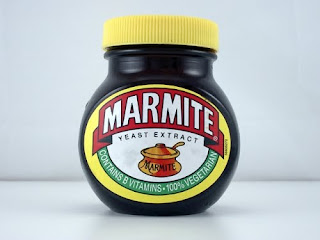 I blogged about this a while ago, and it seems that justice has been done.

A serial Marmite thief, Nicholas Welch, who forced a petrol station to stop stocking the spread after he continually stole every jar, has been convicted of shoplifting.

The 30 year-old was spotted several times on CCTV walking into the garage and swiping dozens of pots of the condiment.
In total he stole 18 jars of the £2.79 yeast extract spread on four separate occasions worth over £50 from the 24-hour W. Grose Shell Garage in Kingsthorpe, Northants.

Welch was finally caught when CCTV images were circulated among members of Northampton Retail Crime Initiative (NRCI) who recognised his face on their database of prolific offenders.

He will remain on the NRCI's list of known shoplifters for the next year is banned from more than 150 shops around the town including W Grose.


The end of innocence 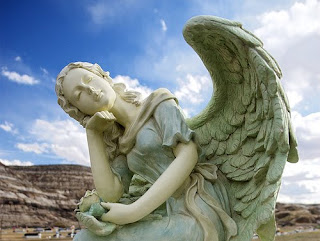 Angels depicted heralding the birth of Jesus in nativity scenes across the world are anatomically flawed, according to a scientist who claims they would never be able to fly.

He has even had a go at Christmas tree fairies-“and found the angels and fairies that sit atop of Christmas trees did not get there under their own steam.”

“Even a cursory examination of the evidence in representational arts shows that angels and cherubs cannot take off and cannot use powered flight,” said Prof Wotton. “And even if they used gliding flight, they would need to be exposed to very high wind velocities at take off - such high winds that they would be blown away and have no need for wings.

That’s the trouble with scientists-no faith. 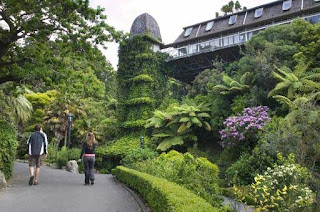 From down under and East a bit: Police picked up two naked men on a late night bike ride in a New Zealand town but let them off with a warning: put on helmets.

“They were wanting to experience total freedom,” said Senior Constable Cathy Duder, who stopped the pair about 10 p.m. on a recent night in the beach resort town of Whangamata. She told them: “You may experience total confinement. You should head home and get helmets.”

The duo turned tail and headed directly back to their house, Duder told The Associated Press on Wednesday. She said she did not see them again during her shift, and it was not known if they donned helmets and resumed their ride.

Public nudity can attract a charge of offensive behaviour in New Zealand, but Duder said she cut the two men a break.

“It was dark and there was no one else around. They were jovial young men who had not intended to cause offense,” she said.

She described the two as “happy young men in their mid-20s ... they appeared to be as sober as two judges.”

From West a lot: a man wearing a Santa Claus suit — including hat, beard and moustache — and dark sunglasses robbed a SunTrust Bank on Tuesday morning, demanding money from the teller at gunpoint.

After the teller complied, the man fled in a gray midsize car

See! It couldn’t have been Santa no sleigh!