Huhne does a U-turn on his U-turn: Straw driven to lessons: Skoda/Golf course: 104% bangers in Sweden: For sale-bits of the missus: Blue water in Chicago: and One wheel on my bike:

Warmish and misty at the Castle this Monday morn, I had a look at the garden yesterday, and it is still there, I did think about giving the Rover a clean inside and out…..well it’s the thought that counts.
I am know awaiting the usual first day of the week onslaught of manic computer owners who “need” their machines repaired as soon as because “Tracy” needs to do her homework and “PowerPoint” doesn’t work.

Very late this morn, the powerpack on my laptop decided to give up the ghost and my battery went flat-turns out it was the lead to the pack, replaced and working fine now.
In the “real world” ‘we’ are firing missiles at Libya from a submarine at some cost to the purse, although ‘we’ can’t find enough money to look after the old, sick and disabled; odd that….
Over in Japan the Fukushima farce continues with a new setback following a spike in pressure at one of the reactors the “50” are trying to contain.
And in Blighty:
Britain may scale back its plans to build a new generation of nuclear plants 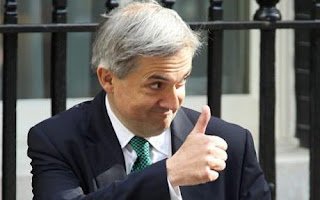 in the wake of the Japanese disaster, the Energy Secretary indicated on Sunday.
Numb nuts Huhne said that the meltdown at Japan's Fukushima nuclear plant had "undoubtedly" cast a "shadow over the renaissance of the nuclear industry".

In an interview on Sunday, Mr Huhne appeared to raise the spectre of scaling down or even abandoning the country's new nuclear programme.

Despite being opposed to nuclear power before entering the Government he has recently been a cheerleader for the need for new plants.

However, he said on Sunday: "I am not ruling out nuclear now. There are a lot of issues outside of the realm of nuclear safety, which we will have to assess. One is what the economics of nuclear power post-Fukushima will be, if there is an increase in the cost in capital to nuclear operators."

He added: "Globally, this undoubtedly casts a shadow over the renaissance of the nuclear industry. That is blindingly obvious."


To whom numb nuts?
And old fart and former Home Secretary Jack Straw 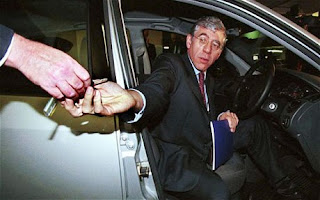 is having to learn how to drive again because he has forgotten after being chauffeured everywhere during Labour's 13 years in power.
The straw man is completing a "driving refresher course" as well as receiving tips from a senior Labour colleague on how to cope with motorway driving.
Since 1997, the former minister is understood to have only driven short distances on quiet minor roads a handful of times.

How can you forget how to drive, its like riding a bike, isn’t it?
And talking of cars 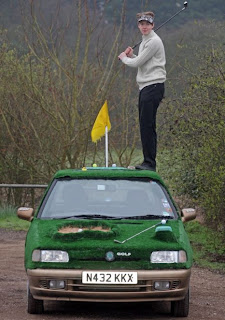 Car nut John McArthur has the ultimate green motor after turning his Skoda into a mini-golf course – and he doesn’t even play the game himself.
The 22-year-old has covered the Felicia with fake grass from bumper to bonnet, complete with flag on the roof and a bunker.
‘My youngest sister, Sarah, will not get in the car, she said: ‘‘I am not going in that, I would not go in it even if I was dead,’’’ said Mr McArthur.
‘But my friends who have been in the car love it and say people just stare at it when I am driving around. I have seen people taking pictures and then ask me about it.’
The most asked question being-why?
Across the North wet bit to the cold lands 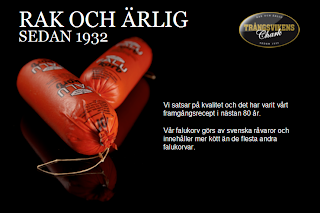 A Swede reported a food company for selling sausages with too much meat, officials say.
The unidentified man bought the sausages in the northern ski resort of Are and found that the meat content was labeled as 104 percent, The Local reported, citing a story in Aftonbladet.
He was told more meat is needed to make the sausage than ends up in the product, but he was not satisfied.
The customer wrote to the consumer agency: "Personally I can't accept that anything contains over 100 percent. And this sausage couldn't possibly contain more than 100 percent meat as there are other ingredients stated on the label."
Sausage-maker Trangsvikens Chark acknowledges the labeling can be confusing.
CEO Marcus Farnstrom told the local newspaper Lanstidningen Ostersund it actually means 104 grams of meat goes into every 100 grams of sausage.
Nope……..still confused.
Down a fair bit to the hot, dry, revolting continent 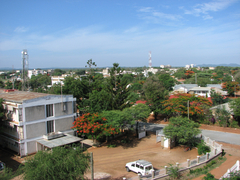 A Tanzanian man was arrested after he was caught trying to sell his wife's severed head, breasts and genitals to police, claiming it was pork.
Police arrested the man at 9 a.m. local time Friday, as he tried to sell the butchered remains in Shinyanga, local news outlet the Citizen reported.
Diwani Athumani, Shinyanga's police commander, said the suspect approached officers stationed outside a bank with the bag of grisly contents.
“He went to the bank with a polyethylene bag containing the human body parts that he claimed was pork for sale,” Athumani told the news agency.
After the man's arrest, he told investigators the body parts belonged to his 18-year-old wife, who he admitted to slaying in her sleep.
The remainder of her corpse was found in a rented room.
Police said the man claimed he killed his wife after hearing on the radio that people desired to buy woman's body parts.
The man will undergo a psychiatric assessment prior to trial.
The sale of human body parts is not uncommon in the East African state, where they are reportedly used by witch doctors.
Now we know…….
West an awful lot to what used to be the colonies 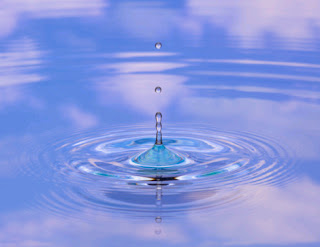 Officials in Indiana's second-largest city are telling residents that the blue water coming out of their water faucets is safe to drink.
The city of Fort Wayne's water utility says the blue hue was the result of a dye used by a contractor to test for water main leaks. The Journal Gazette reports that some city water customers in the downtown and near west-side neighbourhoods reported seeing the blue water.
The city says the dye is certified food grade by the U.S. Food and Drug Administration.
The officials say customers with blue-tinted water may want to turn on their faucets to clear the coloured water from their plumbing.
Nothing worse than blue water in your plumbing.
And finally:
Up to the Big Apple 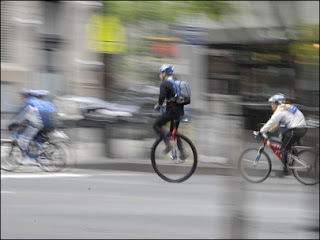 New York City is contesting a three million dollar lawsuit brought by a Brooklyn unicyclist who is taking issue with a technicality in city code.
Circus performer Kyle Peterson was issued with a ticket in 2007 for violating an ordinance which prohibits riding a "two- or three-wheeled device" on pavements.
He filed the federal lawsuit against the city claiming his rights were violated because he was riding on one wheel.
I can see his point….
That’s it: I’m orf to have a word with my ISP
And today’s thought: Always try to be modest . . . and be proud of it.
Angus
﻿
Posted by Angus Dei at 08:39 3 comments