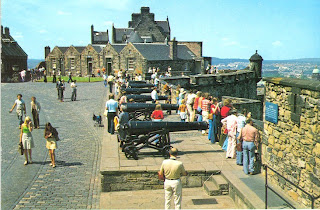 Not much happened in my castle yesterday, I had about five visitors and spent the day making tea, coffee and snacks, and this morning I have a sore throat from all the talking and a depleted pantry.

But I did get a phone call from “M”s brother who funnily enough was chasing a giant spider around his conservatory, which I am pleased to say he caught and put it in the garden, if that were me the weapon of choice would be a rolled up newspaper.

Not so much “funny” today but some “politics” which I suppose is comical but a bit more serious. 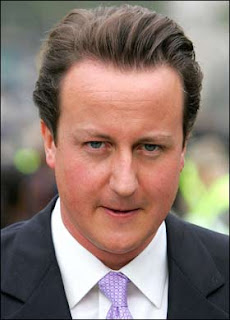 Dave C and his scout group are deciding whether to privatise the UK in order to fill the black hole in the economy.

A mass sale of public assets by an incoming Conservative government could include large parts of the BBC and Royal Mail, senior party figures have said. Selling off a range of public bodies would be a "get out of jail card" as the Tories desperately try to balance the books, according to tax lawyer Charlie Elphicke, who has advised the party's economic team.

John Redwood, chair of the Conservatives' economic competitiveness commission, has published proposals on his blog for the sale of Britain's motorway network while Ed Vaizey, the shadow arts minister, last week suggested selling off Radio 1.

Which smacks of Thatcher-soon after she took office in 1979 with the first stage of a sell-off of BP, Lady Thatcher's privatisation programme accelerated in the early 1980s with the successive sales of utility companies.

And don’t we know. Prices of water gas, electricity and fuel prices are now only within the reach of the mega rich.

Mr. Elphicke said the Tories should consider selling BBC Worldwide, the commercial arm of the BBC, which could bring in an estimated £8 billion to the Exchequer.

He said: "It's a neat little compromise. It preserves the integrity of public service broadcasting and leaves the rest of the BBC intact. The public have poured money into this over the years and we could argue that we now need the money back."

Good does that mean the license fee will reduce by the same percentage.

Anyway if you want the whole gory story. Click on the link, but it does go on a bit. Or you could visit Redwood’s blog which I started to read but decided it would be more fun to extract my teeth with some rusty pliers.

Our soldiers are dying every day in this supposedly NATO/American debacle, but “The Government has given up all hope of its European Nato allies sending more troops to fight in Afghanistan”.

Defence sources have said that both the US and British governments no longer expect any of Nato's main partner nations to send more troops to serve in southern Afghanistan where the Taliban insurgency is most fierce.

Despite high level lobbying by Gordon Brown, the Prime Minister, and senior diplomats no country has come forward to share more of the war fighting burden being felt by British and US troops in the south of the country.

Britain has continuously called upon its partners to commit more troops and resources to the war since the insurgency began to gain momentum in southern Afghanistan.

But the only country to make a significant response was France when it sent around 1,000 extra troops to Afghanistan last year.

The issue of NATO’s approach to the Afghanistan crisis was highlighted by Eric Joyce MP, who last week quit his post as a junior aide to Bob Ainsworth, the defence secretary, when he called into question the alliance's commitment.

In a letter to the Prime Minister, he wrote: "For many, it seems that Britain fights; Germany pays, France calculates and Italy avoids. If the United States values each of these approaches equally, they will end up shouldering the burden by themselves."

Over the last year the nature of the war has changed significantly with the Taliban resorting to the use of improvised explosive devices to attack troops.

In July there were over 100 IED attacks in Afghanistan, the vast majority in the south, killing 459 soldiers, the majority of whom were British and American.

Britain has so far lost 75 soldiers this year in Afghanistan. The bloodiest months were July and August in which 41 troops died, of whom 34 were killed by IEDs.

So why are we in NATO, why are our people dying while the rest of Europe refuses to help? Or more importantly. Why are we in Afghanistan?


MPs making up to £5,000 an hour during the summer holidays 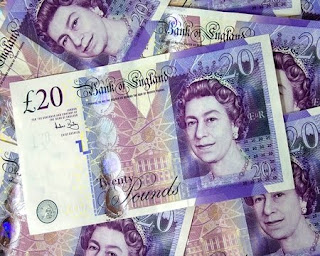 The summer break, the time for MPs to return to their constituencies and “help” the electorate, at least that is what they tell us.

Figures from the Parliamentary authorities show that a number of MPs have made thousands from private earnings since the Commons broke on July 21.

In one case John Gummer, the Conservative former Environment Secretary, who claimed more than £9,000 a year for gardening on MPs' expenses, was paid £1,666 for 20 minutes work, the equivalent of £5,000 an hour, on behalf of Sovereign Reversions Ltd, an equity release firm.

Labour politicians were also found to be earning during the summer holidays. Patricia Hewitt, the former Health secretary, earned £9,200 for 30 hours work for pharmacy chain Alliance Boots, and a further £21,975 for 56 hours work for BT.

Chris Leslie, a former MP who ran Gordon Brown's leadership campaign, said MPs could be "compromised" by the amount they were making from private companies.

"This is an issue where there will be growing public anger and concern if we don't sort it out quickly. The public expect their MPs to be putting them first," he told The Daily Mail.

You are not wrong there Chris.

BNP gets a slot on BBC's Question Time - Times Online 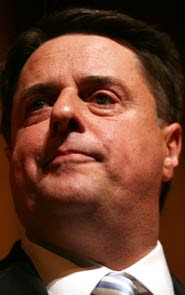 THE BBC has provoked controversy by giving the British National party a platform for the first time on Question Time, its top current affairs programme.

Nick Griffin, the BNP leader who was elected to the European parliament in June, is expected to be on the show in October. The corporation has decided that the far-right party deserves more airtime because it has demonstrated “electoral support at a national level”.

The BBC changed its position after the party won two seats at the European elections. Its share of the national vote at that poll was 6.2%. “They got across a threshold that has given them national representation and that fact will be reflected in the level of coverage they will be given,” said Ric Bailey, the BBC’s chief adviser on politics. “This is not a policy about the BNP. It’s a policy about impartiality.”

Gord’s gang are considering a U-Turn on course: Labour is considering its position. “The custom is that Labour does not share a platform with the BNP, but given the impact of the BBC’s guidelines on our and other mainstream political parties’ position, we are reviewing this,”

If Labour do any more 180s they will disappear up their own manifesto-hopefully.

Just to rub salt in the wounds 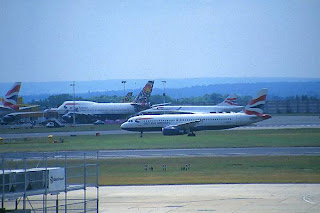 Staff at quangos have claimed more than £300m of travel expenses in a single year, with trips to Australia, India and the Beijing Olympics at the taxpayer’s expense.

At almost half of 100 public agencies investigated by The Sunday Times spending on taxis, rail fares and flights had risen by at least 10% during the economic downturn.

Two quangos, the Commission for the Compact — which oversees links between government and the voluntary sector — and the Alcohol Education and Research Council, doubled their spending on travel and subsistence in 2008-09, accounts showed.

The biggest claimants included staff at the Learning and Skills Council, who put in for almost £11m, and at the Environment Agency, who claimed £14.6m — up more than a quarter on the previous year.

Fewer than 360 staff at the South West of England Regional Development Agency together racked up £1.9m of travel-related expenses in 2008-09 — equivalent to £5,317 each.

As well as trips to Paris, the Czech Republic and Athens, the agency visited Düsseldorf “to establish good relationships between researchers and Germany”.

Meanwhile, officials at the National Audit Office, charged with rooting out inefficient public spending, have made expense claims for conferences in Moscow, Morocco and Argentina in recent months.

About a third of the quangos managed to curb spending on travel during the economic slowdown but claims at the 100 quangos looked at by The Sunday Times had risen to £316m for 2008-09 — up by an average of 7% on the previous year.

Makes you all warm inside doesn’t it.


Maybe this detour into “news” will save you having to plough through the four trees worth of newspapers shoved through your letter boxes.
And it is a one off.