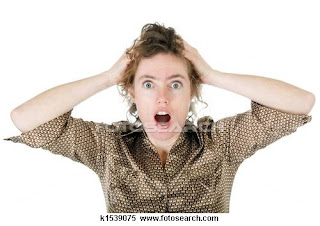 It seems I am not the only one with the hump with Tesco’s Man drives Rolls-Royce into Tesco over missing mattress - Telegraph a motorist drove his Rolls-Royce through a window and into a Tesco superstore after receiving a bed from the firm which was delivered without a mattress, his wife claimed.

Robert Caton, 50, went to the supermarket to remonstrate with managers after he ordered the bed from Tesco Direct, his wife Deborah, 43, said.

She claimed he was unhappy with their response and that he then drove his car through the store's window, forcing shoppers and staff to dive for cover.

A worker at the store claimed that minutes before he careered into the store he had tried to buy alcohol at the supermarket but staff refused to serve him.

He then allegedly stormed out of the shop and got into the Rolls-Royce, where store managers tried to reason with him.

Moments later staff and shoppers watched as Mr Caton drove at the store and crashed into a window by the checkouts at 4.30pm on Wednesday, demolishing at least two checkout stalls at the end of aisle number 11: biscuits and confectionary.

You would have thought that if he could afford a Rolls Royce he would have gone to a proper furniture store.

Kid with real guts Bethany Jordan, six, was born with many of her organs back to front but amazed doctors who had warned her parents, Lisa, 37, and Robert, 44, there was little chance she would survive birth.

Her problems mean that, while she looks a picture of health, she cannot stand up to some of the normal rigours and strains of an average child.

Bethany, of Stourbridge, West Midlands, sufferers from Ivemark Syndrome, an extremely rare genetic disorder, characterised by a poorly-formed cardiovascular system and organs in the wrong place.

Strangely, when she exercises too much, her heart can be seen beating through her back.

Tests showed her brain was normal and Lisa chose to go ahead with the birth, despite the odds being stacked against her.

Dr Patrick McKiernan, who is Bethany's liver consultant at Birmingham Children's Hospital, said: "Essentially her organs are back to front and it's very rare to see something like this.

"She is doing very well despite all of her problems, I think she's a very tough little girl."

The discs could usher in an age of three-dimensional TV and ultra-high definition viewing, scientists say.

The ultra-DVD is the same size and thickness as a conventional disc, but uses nano-technology to store vast amounts of information.

Scientists believe it could be on sale in five years and say it will revolutionise the way we store films, music and data.

Professor Min Gu, who led the research in Melbourne, Australia, aims to eventually produce discs that could contain as much data as 200,000 DVDs.

Prof Gu said: "We were able to show how nano-structured material can be incorporated on to a disc to increase data capacity without increasing the size of the disc."

A DVD can hold up to 8.5 gigabytes of information, enough for a movie, several special features and an alternative soundtrack.

Blu-ray discs, which were designed to replace them, can store 50GB, enough for a film and extra features in high definition.

A conventional DVD records music, pictures and computer files as digital code - a series of ones and zeroes.

The code is written as a series of pits under the clear surface of the disc and is read by a DVD player's laser.

Most DVDs have two layers of information - one on top of the other. The laser reads the first layer before adjusting its focus and reading the second.

The new disc stores information using two extra "dimensions" - the colour of light and the direction, or polarisation, of light waves.


From The Register A New Zealand three-year-old was temporarily the proud owner of a mechanical digger after successfully bidding online for the earth-moving kit.
Pipi Quinlan, of Stanmore Bay north of Auckland, got up while her family were still akip and managed to find her way to the TradeMe homepage where her mother was already logged in.

According to The Age, she then quickly won the most recent auction listed, stumping $NZ20,000 (£7,700) for the Kobelco heavy metal (model not noted, but here's a small one).

Mum Sarah recounted: "The first I knew about it was when I came down and opened up the computer. I saw an email from TradeMe saying I had won an auction and another email from the seller saying something like 'I think you'll love this digger'."

Father Fredrico Lombardi, SJ, the Vatican's head of communications, marked the Church's upcoming Communications Day with a lengthy speech. In it, he embraced the possibilities of the internet as a force for unity, and for reaching out to the poor and marginalised as well as the wealthy world.

The Vatican has been on the web for some time, and recently jumped onto YouTube.
Lombardi said "The impressive development of social networks, of content and information exchange, of the desire to comment on and intervene in every discussion of every topic, tells us that the internet has given rise to an omni-directional flow of transversal and personal communications, the scope of which was unimaginable until very recently."

He argued that the Church had to have a coherent response if it wanted to interact with the faithful, and presumably not faithful: "We need to develop a structural capacity to respond clearly and competently to the questions that arise – and that takes manpower, time and money."

Lombardi might want to work first in Scotland, where the Bishop of Paisley has decided to mark Communications Day by warning against the danger of social networking replacing real relationships.

According to The Daily Telegraph, The Right Reverend Philip Tartaglia is using a very old school form of social networking - a pastoral letter to be read out by priests at Sunday's service - to acknowledge the benefits of the net, but also to put right anyone who thinks virtual relationships can meaningful substitute for real world ones.
"In dialogue with others we need to be wary of the inane chatter that can go on in the digital world which does nothing to promote growth in understanding and tolerance," he thundered.

"We should avoid an obsessive need for virtual connectedness and develop primary relationships," he said. Replacing real world relationships with online ones is "profoundly sad", he concluded.

You speak for yourself mate.

EUROS FROM HEAVEN A German motorway was closed in both directions after an envelope containing 23,000 euros (31,000 dollars) flew out of an open-top car, causing a rainstorm of cash, police said on Thursday.

The driver of the Audi A3 convertible, a 23-year-old man, was test-driving the vehicle on Wednesday and unwisely placed the pile of crisp 500-euro notes to pay for the car on the back seat.

When he realised his costly error, he called the police, who closed down the motorway during the hunt for the notes.

A search for the cash recovered 40 out of the 46 high-denomination notes, meaning the test-drive still cost him a pricey 3,000 euros.

According to Die Welt daily, police are now deciding whether he will also be charged a fee for the operation, which caused tailbacks in both directions.

And don’t forget the littering fine.

Angus Dei-NHS The Other Side
Posted by Angus Dei at 22:52 1 comments