Face feels a bit better today, the weather is still nice (sorry Welshcakes), and we are in for a bumper harvest of spiders this year, already know that.

Our Gord is trying to win friends and influence the world leaders, even if Obama isn’t talking to him. 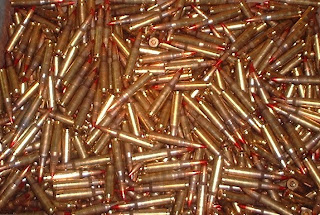 Talking of Obama; it seems that gun fanciers, fearing a Democrat crackdown on every American's right to pack heat, are clearing shelves at ammo shops and hoarding cartridges.

The shortages are so bad that retail globocorp Wal-Mart has been forced to introduce rationing at the ammo counter in many of its stores. Depending on calibre, customers may be limited to purchases of just 50 rounds at a time. Apparently, classic .45 ACP pistol ammunition is especially scarce - a fairly good indication that it is in fact conservative Middle America rather than, say, inner-city criminals buying up all the ammo*.

According to the National Rifle Association, America's pro-guns lobby, the people of the USA normally buy about 7 billion cartridges a year (an average of 23 rounds per head). The past year has seen that figure jump to 9 billion. The FBI reports a 25 per cent climb in background checks made prior to gun sales.

The ammo rush has been dubbed the "Obama effect" by gun-industry people, but in fact there is no sign at present of any particularly aggressive move towards stricter federal gun laws.


Food, mortgage or ammo, now which would I pay for. 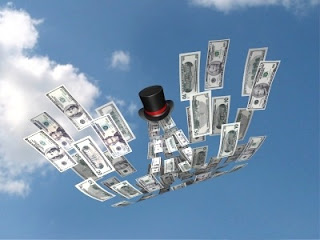 Three Oz businesses have been taken for a total of AU$160,000 after handing over cash to scammers in the belief a wonder chemical could double their money.
According to the Stonnington Leader, the twin owners of a bottle shop in Malvern, Victoria, were approached by two men who expressed an interest in buying the business. The pair quickly "formed a rapport" with their intended victims, and revealed they had a substance capable of duplicating bank notes.
The scammers demonstrated the technique by sandwiching an AU$100 note between sheets of black paper - a "special material”, they claimed - and pouring a liquid over the top. When the sheets were peeled apart, a second AU$100 note had miraculously appeared which the owners verified as genuine at the bank.
They then handed over AU$10,000 each, which the fraudsters subjected to the "procedure", but safely out of sight. The alchemists duly returned a bundle wrapped in silver foil, with instructions that the package should not be opened for 24 hours to allow the cash-generating chemical to do its stuff.
The scamees, however, became suspicious, opened the package and contacted police to complain that it contained only blank paper.

I really am gob smacked that Numptys like this are so gullible.
Aberdeen rip off 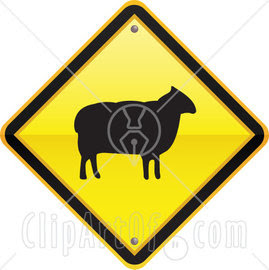 What ever you do don’t have an accident in Aberdeenshire, because they will send you a bill if you have damaged the road.
Moray Ferguson was sent a bill for £200 by Aberdeenshire council after his bike hit a sheep which had wandered into his path on the unclassified Cuminestown to Fyvie Road.
The 47-year-old was flung from his black Honda Fireblade motorbike which burst into flames, and suffered a broken hip socket, pelvis and collarbone, seven cracked ribs and a collapsed lung in the accident.
The fire caused the road surface to melt, leaving it with a ''bubbly'' texture covering approximately six feet by six feet where the accident happened, a neighbouring farmer said.
The sheep was also killed in the accident, which happened on July 4 this year.
After five weeks of hospital treatment, the father-of-two returned home, but was shocked when Aberdeenshire council sent him their invoice to cover the cost of repairing the road surface.
A council spokesman said it was a ''standard procedure'' to charge people involved in accidents for damaging its roads.
The road was temporarily repaired, but neighbouring farmer Davey Moir, of South Teuchar Farm, said the council still hadn't fixed the damage.
''The tar melted in a puddle. There isn't a big hole, but the surface is bubbled now,'' he said.
''It hasn't been fixed yet, and you can still see the chalk marks from the accident.
An Aberdeenshire council spokesman defended its decision to try and claw back the money for repairing the damage.
''When damage is sustained by the public road network as a result of an accident it is the council's duty to reclaim the cost of the required repair work from the relevant party involved.
''We regret that the motorcyclist was injured but we contact individuals involved in accidents which cause damage to our property directly because it gives them the option of putting it to their insurers, or paying for it themselves if it's a minor claim and they don't want to affect their no claims bonus.
''This is standard procedure, except in the case of fatal accidents, where requests for payment are sent directly to insurers. 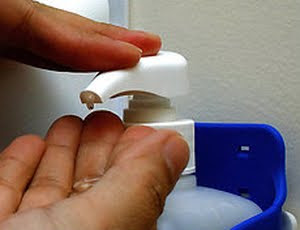 Alcohol hand gel meant to combat swine flu has been banned from a prison after inmates started eating it and became embroiled in a drunken brawl.
Inmates have been drinking the liquid soap placed on their wing after realising it contained alcohol.
The detergent was meant to beat off the threat of swine flu in the Verne Prison on Portland, Dorset.
However, instead of rubbing it into their hands, inmates at the category C prison have been placing their mouths over the dispensers and consuming it.
Prison officers had expressed their concerns at suddenly having to deal with a number of drunken convicts before the brawl erupted.
It is thought one prisoner became aggressive after downing the gel and started a fist fight with another inmate.
Now the governor of the Verne has removed all of the dispensers from the prison.
A source at the Verne said: "The cleansers were put out on a wing to combat swine flu but as soon as they were put out, the prisoners started drinking the stuff straight out of them.
"There was a fight after one of the prisoners got violent after drinking the gel.
"The canisters have now all been removed from the wings but I couldn't quite believe it when they were put out in the first place."
The governor of the Verne was not available for comment.
The move to ban the gel comes after similar alcohol-based soap had to be removed from the Dorset County Hospital in nearby Dorchester after vagrants wandered in and started drinking it.

See, porky flu is dangerous, but only if you drink the gel to stop it spreading. 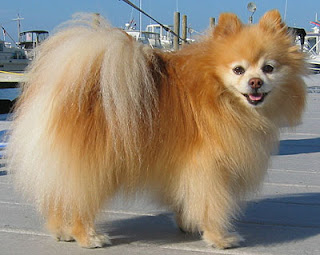 Aspen Colorado, that idyllic holiday centre is under threat from a 7 lb dog; the Pomeranian has been kicked out after getting in trouble for biting and other bad behaviour.
Municipal Judge Brooke Peterson told the dog's owner, Melinda Goldrich, that if the dog is seen again in Aspen, it will be rounded up by animal control officers and put to death. Goldrich was in court Wednesday on a charge of keeping a vicious dog.
An Aspen fitness club employee told The Aspen Times that the Pomeranian, named Gizmo, bit her in August while it was tied to a fence. The dog served 10 days in an animal shelter.
Goldrich had been under a court order to not leave Gizmo unattended after the dog bit another person in February. She also was cited in 2006 for the animal's bad behaviour.
An out-of-town friend has offered to take the dog.

I’m off to Pet thingy for more cat litter, and a glimpse of some nice young buns.