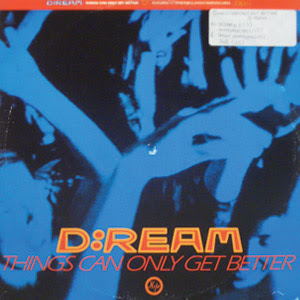 Clear, bright and cold: I wish I was. No political diatribe today just a comment or two: The Bliar clone ‘Dave’ C is quoted as saying, "how bad things are", but will also aim to talk about "how good things could be".

Heard that before, remember the labour ‘anthem’ “things can only get better”? Look what happened.

It doesn’t matter who gets in, we are buggered, the Tories lost my potential vote as soon as ‘retirement’ and ‘66’ came into being, along with millions of 58ish others, I hope.

Today is national poetry day, so I won’t post any here but if you are feeling masochistic pop over to AnglishLit and have a laugh, all comments welcomed, and critiques if you feel that way inclined.


Who ‘dragged’ Spiderman into it? 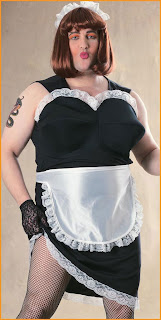 Two men got far more than they bargained for when they decided to start a street fight with Spider-Man and two men in drag -- their would-be victims were cage fighters enjoying a night out.

Dean Gardner, 19, and his 22-year-old friend Jason Fender got involved in a brawl with a group including a man in a Spider-Man outfit outside a nightclub in Swansea in August after drinking jugs of cocktails.

After that melee died down, closed circuit TV footage then showed the pair confront another man wearing black hot pants and a pink wig, with Gardner throwing a punch at him.

But they are quickly floored by the man's friend who was attired in a short black dress with stockings and suspenders.

While Gardner is seen groggily stumbling and falling over, the men in drag collect their handbags and walk off.

Gardner and Fender both pleaded guilty to using intimidating behaviour or words on the night and were ordered to carry out a four-month community order.


A proper ‘sentence’ would be to make them do it in drag.


What a Dick Leg 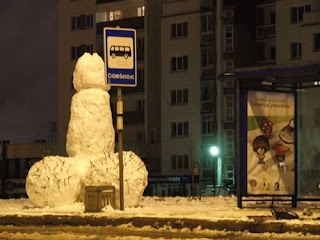 Joel Stefansson, 27, from Umea in northern Sweden, had agreed to let a tattoo artist ink in any design he liked after an all night vodka session.

"I thought I'd have something discreet and dignified but I got a six inch penis on my leg right next to my own one," said Joel.

Now Joel is desperate to have the design removed, or at least reduced.

"It's a bit larger than mine so the truth is going to be a bit of a let down to any women who get to see it," he confessed.


Don’t worry Joel, no woman will. 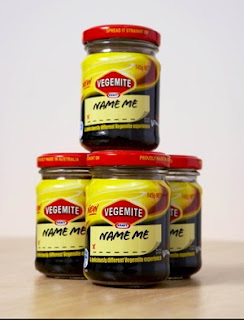 From the antipodes, Australians have picked a name for the cream cheese update to their iconic Vegemite spread after the name chosen by Kraft last month was rejected in a national backlash.

Vegemite Cheesybite was named the winner Wednesday after 30,000 Australians and New Zealanders voted in a three-day poll. The rhyming moniker replaces iSnack2.0, which was announced as the name for the new product last month and dumped just four days later.

"We have been overwhelmed by the response of the Australian public; it has been an insightful debate," Kraft Foods Australia New Zealand head of corporate affairs, Simon Talbot, said in a statement.

Kraft launched its new product - Vegemite mixed with cream cheese for a smoother spread - in July, with jars carrying a label that read: "Name Me." Australians and Kiwis were invited to enter a public contest similar to the one that named the original Vegemite in 1923.

The original Vegemite - a salty, slightly bitter spread made from brewer's yeast - became such a part of Australian lifestyle that it was mentioned in the 1980s hit song, "Down Under," by Men at Work. Australians spread it on toast or crackers, top it with tomatoes or avocados, and use it to flavour soups and gravies. They often pack a jar when travelling and write home for more when living abroad.


All in a good cause 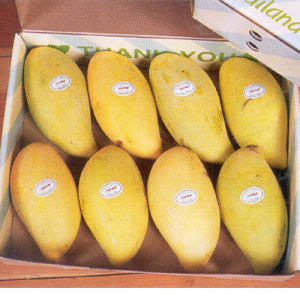 Susan Lorenti from the Clayfield Markets was named Mango Queen for her purchase at this year's mango auction at the Brisbane Markets, paying $45,000 for 12 mangoes.

"We've got to keep the charities - Life Education Queensland - they're fantastic they give the children the knowledge and skills to say no to drugs and alcohol - and Red Kite," she said.

"Red Kite - they partner with children and families going through cancer."

Having a hump in Humpty Doo 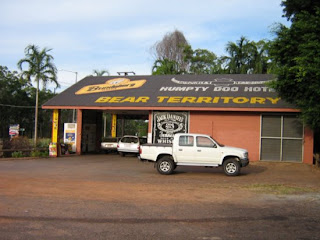 Also from down under, in fact from Humpty Doo, A 33-year-old man has been charged after he crashed his car in the Northern Territory while drunk and engaging in "amorous activities" with a 34-year-old woman.

Police say the vehicle was travelling in Humpty Doo, about 40 kilometres south of Darwin, at 11.30pm last night when the car crossed to the wrong side of the road and crashed into a concrete drain.

"It's believed that the driver and his passenger were engaged in amorous activities at the time of the accident," said Duty Superintendent John Emeny, who added that the activities were "a little more than kissing".

The driver suffered a minor hip injury and the woman was left with minor chest injuries.

The driver recorded a blood alcohol reading of 0.147 per cent and has been charged with medium range drink-driving.

"Whilst there may be a humorous element to this, there is also a very serious one - and that is the devastating consequences that can result from inattentive driving," Superintendent Emeny said.


The moral of this story: don’t go down to Humpty Doo.