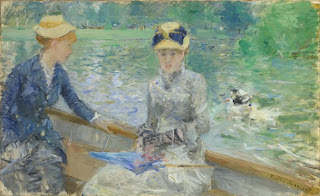 The sun is out

The sky is blue

And about bloody time too. 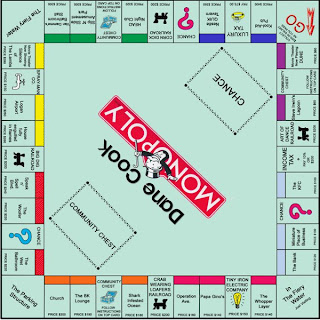 A 54-year-old Michigan man faces jail for assault and battery after a game of Monopoly turned violent. Kenneth Repke was charged after allegedly hitting a woman and damaging her glasses when she refused to sell him Park Place and Broadwalk (the US equivalents of Park Lane and Mayfair), reports Detroit News.

The alleged victim called the police and told the operator: "I was at my neighbour's house. We were playing Monopoly and he hit me. He slapped me and knocked my glasses off."

Neighbours have expressed surprise at the incident, saying that Repke and the woman would often get together for board game sessions. 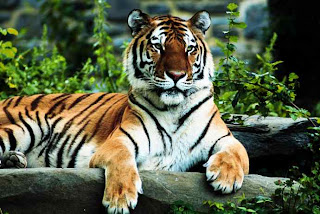 Police in Las Vegas say a tamed tiger that escaped from a magic act has been captured.

The residents in the city's northwest section reported seeing the tiger wandering their streets Thursday night.

Police Lt Les Lane says the cat belongs to Fernando's Brothers magic act. He says the cat got loose, but "they got it back into custody."

The cat was found in a resident's backyard.

Animal Control and Metro Police are investigating the incident.

I bet that loosened the bowels of the “resident” that found it. 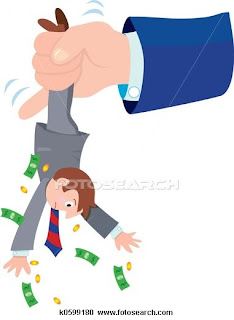 CAROL Buchanan usually fits in a visit to the post office en route to her job as a part-time cleaner. But the single mother of three was stopped in her tracks when she reached the front of the queue and was told she couldn't collect her working tax credit cheque – because she was officially dead.

Ms Buchanan, 47, from Govan, Glasgow, was then told she could not get an emergency credit payment because she had already been wiped off the computer system.She has now been left without money for more than two weeks while HM Revenue &Customs (HMRC) untangle the mess.

Shortly afterwards Ms Buchanan received a letter from her insurance company, addressed to her estate, to sort out her life insurance policy.

A spokesman from HMRC said: "Once we have received all the information from Ms Buchanan, we'll look at all the case notes and get in touch with her.” 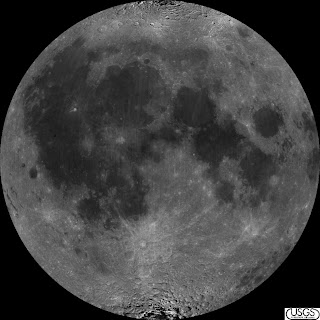 The British couple who sell plots of land on the Moon have had the last laugh after raking in more than £6 million from their exploits.

And Francis and Sue Williams have seen sales double in the wake of the 40th anniversary of the Moon landings.

They have sold off some 500 acres of lunar landscape this month alone – making them around £10,000.

The couple who have now sold up to 300,000 acres of the Moon since 2003were granted the bizarre rights to deep space by an American who exploited a loophole in the US legal system in 1980 and laid claim to every planet.


Francis, 56, of St Austell, Cornwall, says the credit crunch has influenced a rise in demand for novelty gifts

Mr Williams said: "We've had a massive surge of extra orders because of the 40th anniversary. There has been so much talk about the landings and Neil Armstrong's famous first steps.

"People are fascinated with the Moon and we are unique because we offer a chance to own a small slice – a plot of land 200,000 miles away.''

Mrs Williams, 55, added: "The credit crunch has helped because it's a nice fun present in a time of doom and gloom."

The couple set up their business after buying a small piece of Moon land from an American website set up by Dennis Hope, from California.

The couple, who have two children, offer lunar plots and also have the rights to sell land on other planets in the solar system – including Mars and Venus.

People who buy land on the Moon receive a parchment deed from Moon Estates, signed by Francis in his role as Celestial Ambassador to the UK.

The deed explains where on the Moon the purchaser's land is situated, and a map is enclosed to make it even clearer.

But Mr Williams says that despite selling so much land there is still plenty to spare as the Moon is around nine billion acres.

He said: "The franchise has sold somewhere in the region of two million acres across the solar system.

"Not bad, seeing as Dennis started selling them from a barrel in a shopping mall.''

Anyone "buying" a parcel of the Moon receives a novelty certificate, but they will have no legal right or claim to the land.

Can’t quite work this one out, is it capitalism or taking the piss? 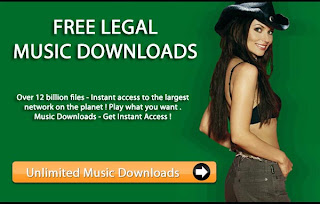 From across the pond, a warning: A federal jury on Friday ordered a Boston University graduate student who admitted illegally downloading and sharing music online to pay $675,000 to four record labels.

Joel Tenenbaum, of Providence, R.I., admitted in court that he downloaded and distributed 30 songs. The only issue for the jury to decide was how much in damages to award the record labels.

Under federal law, the recording companies were entitled to $750 to $30,000 per infringement. But the law allows as much as $150,000 per track if the jury finds the infringements were wilful. The maximum jurors could have awarded in Tenenbaum's case was $4.5 million.

Jurors ordered Tenenbaum to pay $22,500 for each incident of copyright infringement, effectively finding that his actions were wilful. The attorney for the 25-year-old student had asked the jury earlier Friday to "send a message" to the music industry by awarding only minimal damages.

Tenenbaum said he was thankful that the case wasn't in the millions and contrasted the significance of his fine with the maximum.

"That to me sends a message of 'We considered your side with some legitimacy,"' he said. "$4.5 million would have been, 'We don't buy it at all."'

He added he will file for bankruptcy if the verdict stands.

Tenenbaum's lawyer, Harvard Law School professor Charles Nesson, said the jury's verdict was not fair. He said he plans to appeal the decision because he was not allowed to argue a case based on fair use.

The case is only the nation's second music downloading case against an individual to go to trial.

Last month, a federal jury in Minneapolis ruled that Jammie Thomas-Rasset, 32, must pay $1.92 million or $80,000 on each of 24 songs, after concluding she wilfully violated the copyrights on those tunes.

Tenenbaum said he downloaded and shared hundreds of songs by Nirvana, Green Day, The Smashing Pumpkins and other artists. The recording industry focused on only 30 songs in the case.

The music industry has typically offered to settle such cases for about $5,000, though it has said that it stopped filing such lawsuits last August and is instead working with Internet service providers to fight the worst offenders. Cases already filed, however, are proceeding to trial.

Tenenbaum testified that he had lied in pre-trial depositions when he said his two sisters, friends and others may have been responsible for downloading the songs to his computer.

Under questioning from his own lawyer, Tenenbaum said he now takes responsibility for the illegal swapping.

"I used the computer. I uploaded, I downloaded music ... I did it," Tenenbaum said.

So be a man, stand up and take your punishment.