My word I do feel ill 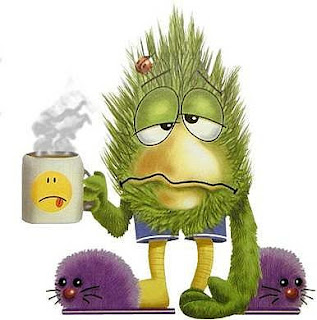 BF off the scale during the doo-dah, still feel as if those elves/elf’s have been dancing on my poor old bod, I have a temperature, headache and cotton wool in my empty head, my brain cell is only functioning at 50% so today’s post will be short and sweet.

Not looking for sympathy, but don’t expect too much over the next few days. 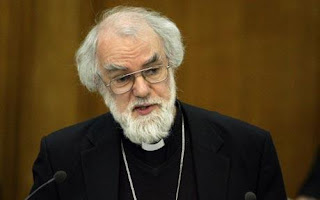 Dr Rowan Williams the most senior cleric in the Church of England has decided in his wisdom that higher taxes would be good for society.

Dr Williams who lives in housing provided by the church and has minions running round providing all his needs thinks that “taxation should not be seen as a way of stifling business or redistributing wealth but helping to make the world a better place in which to live.”

Sit on my side of the fence for a year Archbishop, and then talk about the rising cost of taxes on us “normal” people. 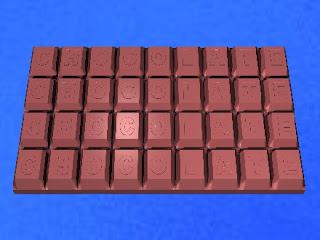 No, really green chocolate, but apparently it helps you slim,

The confectionary, called Lola, contains chemicals which suppress hunger, while still tasting as rich and satisfying as traditional chocolate.

The chocolate contains the dietary supplement spirulina, microscopic algae with high level of nutrients like vitamin A and B12, which have weight loss benefits.

Its Spanish makers, Cocoa BIO, also claim that the presence of special amino acids tricks the eater into believing they are not hungry and prevent them overeating.

The recipe includes phenylalanine, an amino acid which stimulates cholecystokinin – a peptide hormone secreted by the brain to suppress hunger.

Lola chocolates do not contain cholesterol, and also help digestion by boosting a healthy level of intestinal bacteria.

Cocoa BIO said the chocolate is 100 per cent natural and is made using biological cocoa from Peru and Santa Domingo.

One of its inventors, Armando Yanez, said: "It has an intense flavour and extremely high antioxidant properties.

"People should eat one or two chocolates around one hour before a meal. They'll feel pleasantly full and less likely to be eating to excess later

The only drawback is said to be aesthetic because it has a slight green tinge due to its unusual ingredients which promote weight loss.

I’m off back to the four poster with a Lemsip and my MP3 player.