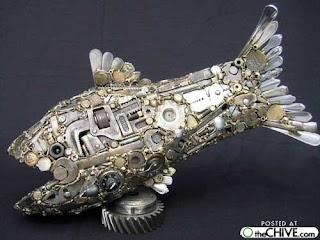 Well, pardon my language: The Register; Ofcom has ruled that the 30 January culinary swearfest Ramsay’s Great British Nightmare - a two-parter which kicked off at 9pm - was in breach of the broadcasting code after racking up an impressive "115 instances of the most offensive language" in its first 40 minutes

The watchdog received 51 complaints about the programme - which included choice vocab including “f**ck”, “f**king” and “f**ked” peppered with the occasional "shit".

One outraged viewer wrote: “The excessive use of bad language by Gordon Ramsay was just unreal and the abusive way in which he continually used it to speak to others, the use of the 'F' word once or twice maybe but it's continued used in almost every sentence was totally unnecessary. I know it was after 9.00 but there are limits…”

Channel 4 stressed that the abuseathon had been preceded by a “strong language from the start and throughout” warning which "provides adult viewers with sufficient information to inform their viewing choice and to decide whether to permit any children to watch".

It further defended that Ramsay’s Great British Nightmare boasted "unique characteristics which justified the high level of strong language that was included" and that "the use of strong language in this programme accorded with the likely expectations of the audience, was editorially justified, and did not offend the overwhelming majority of viewers."

In its ruling (pdf), Ofcom notes Channel 4's pre-show warning and accepts that "the vast majority of the audience comes to the programme with certain expectations."

Gordon Ramsay also offered his apologies via his spokesman, who said: "Great British Nightmare followed Gordon trying to save two restaurants in the most difficult predicaments. These extreme challenges gave rise to many heated exchanges in the double-length programme.

"But Gordon had no intention of causing offence and is sorry if Channel 4's scheduling of the programme upset some viewers."

No Gordon, it was you that offended, not the scheduling, after all we are talking about, food here, I started to watch the series but found the the endless swearing detracted from the purpose of the programe which is to turn round failing restaurants.


Are you old enough to buy a teaspoon?

The Register According to the background info, the lady shopper in question was told by an Asda assistant that she'd have to prove her age "because someone had murdered someone with a teaspoon, and therefore ID was now required".

Suitably outraged by this "complete and utter bollocks", another Nanny Knows Best reader's wife decided to put Tesco to the test - provocatively turning up at the check-out with two latte teaspoons (long-handled, for the record).

Sure enough, "an assistant was required & she was asked for proof of ID".

In fact, Tesco has been battling cutlery-wielding hoodies for some time. Back in 2007, we reported that the supermarket monolith had taken steps to prevent violent sink estate gangs from laying into each other with knives and forks.

Oh scary! A yobbo with a teaspoon.

Asda pops up again here, last year Mum Gail Jordan's amusing plan to celebrate her son's 21st birthday by presenting him with a cake sporting a snap of him as a bare-cheeked bouncing baby came off the rails when Asda staff declared the image "pornographic", the Telegraph reports.

Jordan, 41, went to the supermarket chain's branch in Liscard, Wirral to avail herself of a £9.97 offer to ice a cake with a photo on top. She selected a pic of son David as a five-month-old nipper, lying on his front, but staff insisted his arse be protected by a "strategically-placed star".

Care worker Jordan recounted: "They said it could be anyone's child so it could be deemed pornographic. But I was asking to have it printed on a 21st birthday cake, so surely it was pretty obvious that it was my son. It's ridiculous - I understand they have rules, but there ought to be a place for common sense as well."

Jordan gamely concluded: "In the end they would only do it with a star over his bottom, which to be honest made the whole thing even more hilarious."

An Asda spokesman offered: "We have a policy, as do many other retailers, of no nudity, whatever the age of the subject.

In this case we offered a number of alternatives including enlarging and cropping the photo, increasing the border size or applying a strategically placed star to save his blushes."

Well done Asda, how to make an arse of yourselves over an arse.


Motorist given £100 fine after car was clamped on own driveway Patrick Sepulveda, 45, was told the Peugeot 307 estate was sticking out six inches onto the pavement.
Father-of-two Mr Sepulveda and his wife Clair, 35, offered to move the car fully onto their driveway in Portishead, near Bristol.
But the 'over-zealous' clampers said it was too late and hit them with a £100 release fee.
Mr Sepulveda, who lost his job as an architectural technician last year, said he took the car off the road because he could not afford to run two vehicles.
Although he filled in the necessary forms, the DVLA sent its official round to check, and spotted the "illegal" parking.
He notified the DVLA and completed the SORN (Statutory Off Road Notification) certificate as proof the car was untaxed and off the public highway.
But on Monday, the DVLA sent contractors NSL Services to check the vehicle had been parked legally and was out of use.
They spotted the car's offside wheels were protruding by six inches onto the pavement at the end of couple's driveway - and clamped it minutes later.
Mr Sepulveda said: "We have been careful with our budget since I lost my job and this was the last thing we needed and the whole incident has caused a lot of distress and upset."
A DVLA spokesman said: "Upon receipt of any complaint, DVLA will ask our contractor, NSL Services Group, to investigate.
"If a vehicle with a SORN notice is partially parked upon the public highway, enforcement action may be taken.
"DVLA is not prepared to comment on an individual case with a third party, but I can confirm that we were able to resolve the situation with the keeper."
The DVLA has since agreed to waive the fine.


And finally: A metal baggage container was sucked into an engine of a Boeing 747 as it was leaving a terminal gate at Los Angeles International Airport.

Well, I suppose it stops them having to put it in the hold,
“Until you've lost your reputation, you never realize what a burden it was.” Margaret Mitchell

Angus Dei-NHS the Other Side