TERRORIST WITH A CAMERA 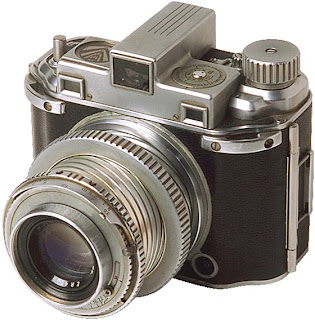 Vernon Coaker (Who?) the Minister for security, anti-terrorism, crime and policing has said “photography can be "limited" in public places in "special circumstances":

Here we go again, the usual pathetic reasons-national security, cause or lead to public order situations, or inflame an already tense situation, or raise security considerations nor may they use the act of taking photographs as a means to harass or intimidate.

And the oddest reason-“aggressive use of cameras.”

And as well as the “breach of the peace” bollocks.

He has some interesting views-

Voted moderately against a transparent Parliament. (So he doesn’t want us to know what he gets up to)

Voted very strongly for Labour's anti-terrorism laws (that’s because it’s his job, and he wouldn’t want to lose that would he) voted for Power to detain terror suspects without charge for 42 days

Voted very strongly for the Iraq war. (So a Blair-ite with no common sense)

Voted very strongly against an investigation into the Iraq war. (Of course because he had his nose so far up Tony’s arse that he didn’t want the leader to be found out)

This is one of his-

Government announces new law for increased data sharingthe sharing of our information between government departments that have no need for the information.

Take a good look at the other “headings” on this website, but sit down first.

Yet another slice off of our human rights, yet another ingress into our freedom, it’s OK for the Government to spy on us using the Anti-Terrorism laws through CCTV and other means but apparently if you take a photograph in the wrong place at the wrong time you are in trouble.

It’s bad enough that people can’t take pictures of their kids in the park in case they accidentally include some one else’s kids in the shot, and can be labelled a paedophile, or be fined for taking snaps of a drunken woman in the street, because it violates HER human rights-BBC NEWS.

Public space no longer seems to be public, but a battlefield of inane laws and half-arsed policy, what next? Will it be illegal to go for a walk on your own because you may be stalking someone (Harassment laws), or be watching children, or “sussing” out a “terrorist target”?

Or even become illegal to buy certain newspapers if they contain anti-Government articles? As with books, and TV programmes, or maybe to write a blog that points out the failings of certain politicians, or institutions such as the NHS, GMC, BMA or the House of Commons?

Maybe it will be a criminal act to speak to someone of another race or religion, or to have a discussion about politics in “public”, perhaps we should all have GPS chips implanted in our brains, and microphones up our arses so the “they” will know exactly what we say, what we do and where we go.

If there was a sequel to 1984 it would be called “2009 the end of liberty” a bit OTT perhaps but it is slowly creeping up on us, before you know it you won’t be able to fart at home without the “Security Services” knowing what you had for breakfast.

The Government is out of control, regarding our rights as fair game for any imposition into our freedoms, they no longer take our views into consideration, nor accept the fact that they work for us, they have become a dictatorship under the guise of Democracy, and we haven’t even noticed.

This year I am going to use quotes.