Arnie’s auction, Spouse’s revenge, Gordon Brown-maths genius, Only on a Thursday and a Test


Something a bit different today, I challenged myself to insert the word ‘Numpty’ into each item, so it’s hunt the Numpty.


This is really going to help 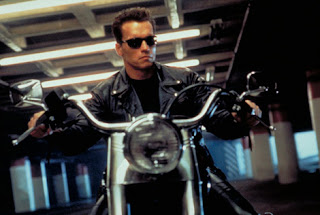 Governor Arnold Schwarzenegger is holding an online "garage sale" in his latest attempt to balance California's budget.
California's $85bn (£52.5bn) budget has a deficit of $26bn (£16bn).
In his latest move to boost his state's ailing economy, Mr. Schwarzenegger is offering 6,000 items - ranging from cars to computers to binoculars - for auction on the eBay and Craigslist websites.
California began selling unneeded or unclaimed items online last week and is holding a two-day auction of 6,000 more on Friday and Saturday.
To entice buyers, the governor has autographed the sun visors of several of the vehicles up for sale in order to raise their value.
"This is a win-win for the state and for shoppers. Together we are eliminating waste and providing great deals in this tough economy."
"I look forward to selling these signed cars and making some $ for California," he wrote on the Twitter micro-blogging website last week.

Ah.... so he isn’t going to sell any of his belongings then.... Numpty


I’ve been a bad bad boy 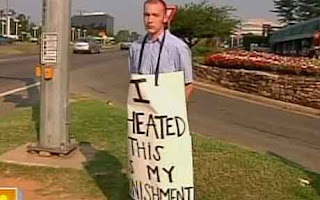 A wife took revenge on her husband after she discovered he was having an affair by making him stand in public with a sign saying "I cheated".

William Taylor stood shamed faced on a busy road with the large home made sign draped round his neck saying: "I cheated. This is my punishment."

Taylor said his wife had come up with the humiliating punishment after she found out he had cheated on her.

Taylor, of Centreville, Virginia, said his wife had wanted him to stand with the sign for a week.
But after a couple of hours he received a call to say his punishment was over.

He told a local TV station in Virginia that he thought his wife was joking when she suggested the idea.

"I thought she was kidding, but she was serious," he said. "I figured I got to do what I got to do to makes things right. So here I am."

Dozens of drivers honked their car horns as they saw Taylor standing forlornly on the busy intersection during the morning rush hour. 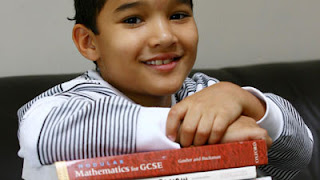 Gordon Brown has just got an “A” grade GCSE in maths.

No not the Numpty in Downing Street but eight year old Xavier Gordon-Brown. Which makes him the youngest recipient of an A” grade.

The youngster, from Haywards Heath in Sussex, makes a 140-mile round journey every week to a private tutor in Hertfordshire.

He also has quite a lot of common sense: the maths genius has been quick to criticise his namesake, declaring: "He's letting the country down." 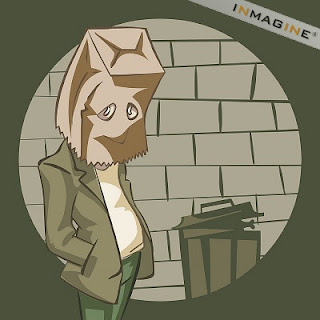 TRENTON, New Jersey - A man who robbed banks every Thursday has been sentenced to nearly six years in federal prison.

Peter Bielecke pleaded guilty in June to one count of bank robbery but admitted five other holdups on consecutive Thursdays in January, February and March. He robbed banks in several cities including Brick, his hometown.

He didn't give a reason for choosing Thursdays. But authorities say the pattern made it easier to track him.

The 40-year-old was arrested after a March 5 robbery in Old Bridge.

He'll serve five years and 10 months in prison. He'll also have to pay nearly $12,000 in restitution under the sentence handed down Wednesday in U.S. District Court in Trenton.


Maybe Thursday was his day off.......Numpty 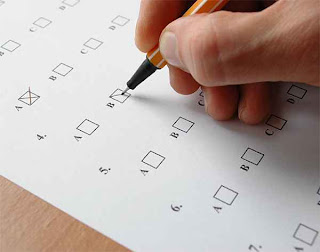 A test, and I will be asking questions later, (and no looking at the answers) until the end.
1. How do you put a giraffe into a refrigerator?

2. How do you put an elephant into a refrigerator?


3. The Lion King is hosting an animal conference. All the animals attend except one. Which animal does not attend?

4. There is a river you must cross. But it is inhabited by crocodiles. How do you manage it?


Solutions below the picture. 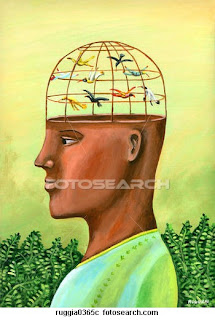 Answers:
(How do you put a giraffe into a refrigerator?)

Open the refrigerator put the giraffe in and close the door.

This question tests whether you tend to do simple things in an overly complicated way.


(How do you put an elephant into a refrigerator? )

If you said: Open the refrigerator put in the elephant and close the door, you're wrong you Numpty!

Correct Answer: Open the refrigerator, take out the giraffe, put in the elephant and close the door.

This tests your ability to think through the repercussions of your actions.


(The Lion King is hosting an animal conference. All the animals attend except one. Which animal does not attend?)

This tests your memory.


(There is a river you must cross. But it is inhabited by crocodiles. How do you manage it?)

You swim across. All the Crocodiles are attending the Animal Meeting.

This tests whether you learn quickly from your mistakes

If you got them all right...get a bloody life, if you got them all wrong put yourself up for Parliament, any thing in between shows that you have the intelligence of four year old as those tested managed two to three correct answers.


Me? I got three right; the second one caught me out, which makes me a Numpty.