ANOTHER NEWSPAPER, ANOTHER VIEW 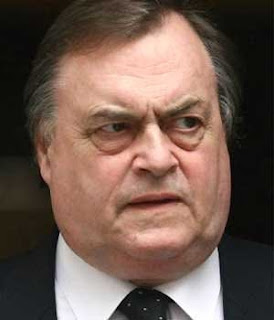 Today I am taking a “take” on the Express (no don’t laugh).

The best and the funniest (inadvertently I am sure) head line is- Body parts murder clues adding up and I know it isn’t funny, all these parts of someone being discovered all over the place but you must admit it is a gaffe worth noting.


In addition, a good bit of news for America- Paxman axed as Newsnight in US flops the US edition of Newsnight has been dropped after Americans failed to be won over by Jeremy Paxman’s acerbic wit.

The show, launched amid much fanfare in February last year, started off in a prime‑time Friday slot before being moved to Thursdays.

Paxman was expected to be a huge hit and was even compared to fellow Brit, music mogul Simon Cowell, who dominates US TV.

Acerbic Wit? That’s one way of putting it.

Here’s one to cheer us all up- BBC stars to take a pay cut some of the BBC’s highest-paid stars are facing huge salary cuts as part of the broadcaster’s tough plans to curb spending.

They include £6million-a-year Jonathan Ross, who recently returned to work after a three-month suspension for his part in broadcasting lewd phone calls to veteran actor Andrew Sachs.

Also on the hit list for cuts are Graham Norton, on £2.5million, and Jeremy Paxman, on £1million.

It has been reported that up to 40 other BBC television and radio stars on more than £1million a year face seeing their enormous earnings cut after years of bumper rises.
A senior source at the corporation last night insisted that no one was too important to avoid the sweeping pay cuts.

He added: “There are no sacred cows in terms of BBC programmes having to make big savings.”

And about bloody time, but there is some bad news-“The budget-slashing is thought to have taken place on what are known as “returning dramas” like My Family, Spooks or Doctor Who.” three of the best programs on the BEEB.


Something that can affect all of us- How noisy neighbours ruin millions of lives (I had to put the ruin in myself) another editor for the sack!

THE lives of millions of Britons are being blighted by noisy neighbours, a survey has found.

More than a third of us have been disturbed by a racket from nearby houses and many say they can no longer enjoy their homes as a result.

The biggest gripes are loud TVs, radios and hi-fis but some say parties, rows and even karaoke machines drive them crazy.

Research by insulation firm Rockwool found that 38 per cent of Britons – equivalent to 17.5 million people – have been disturbed by noisy neighbours in the past two years.

Six per cent say the problem is so bad; their homes have become virtual prisons.
Forty-two per cent say loud music and TVs are the biggest problem.

Raucous parties upset a third of people, while nearly as many are disturbed by neighbours’ rows.

Almost one in three is also bothered by DIY next door.


So there you are-TURN IT DOWN!

Mr Prescott – who got £141,000 in expenses and allowances last year as well as his £64,766 salary – missed more than half of all votes, failed to speak in the Commons, belonged to no select committees and tabled no written questions on behalf of his constituents or other taxpayers.

But Mr Prescott has been keeping busy elsewhere. Since leaving government, he has earned £170,000 for private speaking engagements, book-writing and a TV show.
Meanwhile, a new report says that dozens of MPs are not bothering to turn up to vital committee meetings.

Members often claim the reason so few are seen in the Commons chamber is because they are working with groups, such as the Treasury Select Committee, which influence Government policy and new laws.

However, the study reveals 60 of the 220 members on the most important committees “skived off” more than half of all meetings last year.
Worth every penny and that’s what he should be paid.

So there you go, apart from the typos and bad grammar (which my spell checker has corrected) not a bad selection of news, and not a hint of a story about Princess DI, tomorrow: who knows, apparently it is some sort of bank holiday this weekend, I may have a break, then again…….


“Newspapers always excite curiosity. No one ever lays one down without a feeling of disappointment.” Charles Lamb ("Last Essays of Elia," 'Detached Thoughts on Books and Reading')

NHS-THE OTHER SIDE
Posted by Angus Dei at 08:23 2 comments