Enormous amounts of lack of warm, not a cough of atmospheric movement, even less skywater and some invisible solar activity at the Castle this morn, still coming to grips with the new laptop, still smelling the decorating, and still trying to decipher the meaning of life. 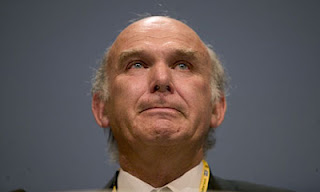 Vince Cable told MPs that a new committee set up to promote economic growth had not held any meetings saying: "I can't tell you why that committee has not been convened yet "despite the fact that he attended two of them.
He later corrected his “evidence” to the Business, Innovation and Skills select committee- "I readied my memory very quickly and I couldn't recall meetings of the committee. There were in fact two, on 18 September and 22 October, so that committee is operating and has met," he said.


So it seems that the old fart fails on “Business, Innovation and Skills”, think his earth wire has come loose.


Over to the posh part of the Smoke 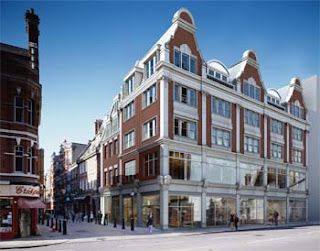 Conservative councils are planning to build hundreds of “middle-class” affordable homes for nurses and teachers in Britain's most expensive neighbourhoods.
The three boroughs of Westminster, Kensington and Chelsea, and Hammersmith and Fulham are proposing to borrow against their “extremely valuable” housing assets to build the homes.
Today they will submit their plan for a pilot scheme of 300 homes on a new “middle-class” estate to the Communities Secretary, Eric Pickles.
The councils say many working families on average incomes struggle to afford homes in central London, where a typical family home costs £1 million.
Officials from Mr Pickles’ department are believed to have worked with the councils on their plans.
The councils’ business case states: “Home-ownership is increasingly unaffordable except to households on very high incomes, and families on middle and lower incomes are being driven away from the area.”
Jonathan Glanz, Westminster city council’s cabinet member for housing and property, said the plan aimed to give hard-working people on average salaries “at least some chance” of living in central London. “At present they are simply priced out,” he said. “We need to continue ensuring that we provide for a wide range of people and maintain mixed communities, including middle-class people on middle-range salaries.”
And who will pay orf the loans-the council tax payers...

Up Norf a bit 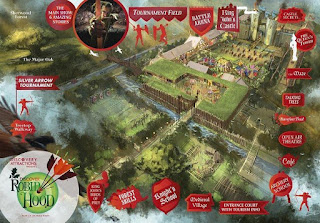 Plans for a new multimillion-pound visitor attraction celebrating the legend of Robin Hood have been announced.
Nottinghamshire County Council is seeking to build a £13 million visitor attraction called Discover Robin Hood in Sherwood Forest, complete with medieval castle and fortified ramparts. If the plans are approved, the 40-acre attraction would open in spring 2015.
There will be a host of indoor and outdoor displays, street performers and an open-air theatre to bring the legend, life and times of Robin Hood and his band of merry men to life.
Visitors will be able to have a go at activities including firing arrows, wild food cookery demonstrations, and dressing up in armour.
A tournament field will be used for events such as jousting shows, falconry exhibits, archery contests and costumed medieval theatre, while visitors daring to enter the maze will encounter talking trees.

Prince Charlie will be well chuffed....


Right a lot to the dark Continent


A weird pastime called Bokdrol Spoek. Roughly translated as “spitting buck droppings is an African sport popular enough to have its own official competition, in which contestants have to put a kudu dung pellet in their mouth and spit it as far as possible.
The origins of kudu dung spitting can be traced back to tribal hunters who had difficulties catching the fast antelope. Most times the only sign of the animal was a trail of dung, which meant it had been there but it was long gone. Apart from swearing at the elusive kudus, hunters would engage in a contest of pellet spitting, to pass the time. In countries like South Africa, the custom is so popular that there’s even a championship held every year to find out who can spit a piece of antelope poop the farthest.
Sounds like a crap hobby to me....


Ever wanted to be a Hungarian? 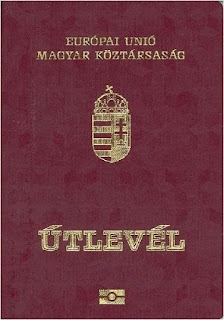 Well now you can, proposed legislation listed on parliament's website would grant permanent residency and ultimately Hungarian citizenship to outsiders who buy at least 250,000 Euros ($322,600) worth of special government bonds.


The proposed legislation calls for the debt management office to issue special "residency bonds" to foreigners. Holders of at least a quarter of a million Euros' worth of the paper would get preferential immigration treatment.
"The goal of the modification is to create the institution of 'investor residency' in Hungary," the lawmakers who put forth the legislation wrote in their proposal.


We do that here in Blighty-it’s called tax....


Left a bit to the place next to Germany 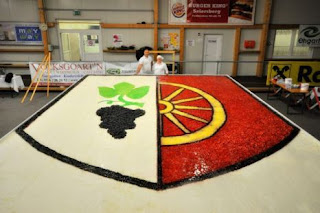 A group of pastry chefs may have baked their way to a new world title after creating a giant two-and-a-half tonne sponge cake.
The bakers spent three days whipping up the colossal sugary treat celebrating the coat of arms of the Austrian town of Seiersberg.
More than 3,000 eggs were mixed with thousands of kilos of flour and gallons of milk before chefs added in sugar and fruit for extra flavour.
Head chef Werner Russ said he was 'proud' of the team's 'very light and tasty' creation.
'It is a normal cake mixture, with a biscuit base, normal cream filling, and is topped with around 500 kilos of fruit,' he said.


And today’s thought:
How to solve the energy crisis. 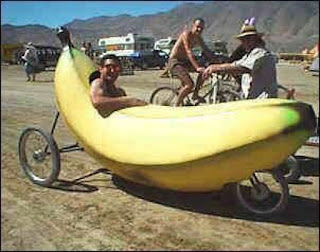 Links to this post
Email ThisBlogThis!Share to TwitterShare to FacebookShare to Pinterest
Labels: cake, humour, hungary, the meaning of life, vince cable 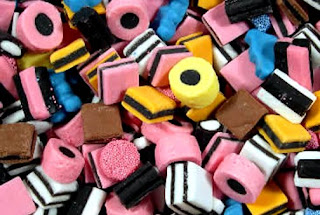 Just a ramble today, I woke up in a “funny” mood and I thought I would inflict it on you; no links the “news” is available in truck loads.

This is just a personal view on our green and pleasant land.

Our fair country is not doing well as you all know, the economy is broken, but eventually it will recover, it always seems to, in spite of the Government, and it doesn’t matter which Government.

The MPs are ripping us off, but they always have, the “overnight allowance” is sensible and long, long overdue. I consider that £60,000 per annum is a fair salary for what they do, and they don’t need second homes.

The Government has lost its way: they don’t have a clue what they are doing and meddling with the economy will only make the waters muddy, still the “expenses” fiasco has diverted our attention away from their piss poor performance record.

Our boys are finally starting to leave Iraq, but the problem is they will probably be sent to Afghanistan in a few months time, again to fight a war that is none of our business.

The G20 is due to start on Thursday, waste of time and money, we all know why the crash happened-lack of regulation in the financial sector, just fix it and stop talking about it. The “leaders” of the banks have come out of it Ok, they have billions of our money, and people are losing their homes: that needs to be addressed.

The NHS is killing people left and right, the management will walk away as usual, and the only people that will take the flak will be the medics, who bear part of the blame by not having the balls to do something about it at the time, whether it was for fear of their jobs or indifference. I don’t know but they should have done something. But I still have great respect for the majority of medics; the shame is that the Government doesn’t seem to have the same opinion.

The elderly are still being ignored, treated badly and insulted. What the Government needs to realise it that the “silver voters” may well be in the majority before too long.

One of the best bits of news is that the police sprayed CS gas on a couple of journalists in the Houses of Parliament; maybe they should make it a law, especially in the Commons.


A wind powered car has broken a speed record- 126.1 MPH, which is better than record powered car breaks wind.

The climate is buggered (not in the legal sense), but then again our weather has always been “interesting” but it is going to be a very good year for roses (trust me). And apparently the UK only spends just over £100 million on “genuinely new and additional measures to benefit the environment.”

Maybe we will all end up living in domes, with the weather being controlled inside them and the “Outside world” will be a scorched desert, which brings me to the water meters thing, yes they are probably a good idea to reduce consumption, but the thing that always gets up my nose is that water isn’t free, we pay for it, and it isn’t cheap, so let the water companies sort out all the leaks first and then look at “rationing”.

Top of the Pops will probably not return on a weekly basis, thank god for that.

There was a knock on my door the other day, I opened it to be greeted by a very attractive young lady with bright blue eyes, who then proceeded to try to sell me SKY TV, luckily at my age I can resist the fluttering eyelashes brigade, but she did get a bit upset when I turned down her offer, my comment of “why do I need ten thousand TV channels when I can only watch one at a time” was not received well, nice arse though! (Yes I know it’s sexist but appreciation of firm buttocks is not against the law).

Food prices are still high, especially in certain supermarkets”, the price of milk and cheese is about double the price it was a year ago, still every little bit helps-the profits anyway.

So there it is; my take on Blighty, we all seem to be in some kind of limbo at the moment, it is a bit like waiting for the other shoe to drop.

Or then again it may just be the “funny” mood I am in.


“Opinion is that exercise of the human will which helps us to make a decision without information.” John Erskine