O MY plics: May’s new sideboard: Bagpipe lung: Norwegian Numpty: Not so Safeway: M6 McClelland: and Have you seen her Pussy? 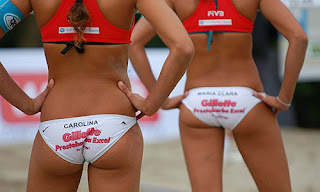 Much lack of cold, many molecules of moisture, not a jot of skywater and nary a puff of atmospheric movement at the Castle this Sunday morn.

The “lawn” looks like a giant weetabix-again and stuff is growing faster than I can vandalise it.

Apparently there was quite a big “sport” thing going on in the south of the south of the Americas, it was allegedly on BBC 1, 2, and 4 which sadly was not the best of coverage, poor old Angus watched a bit of it which consisted of 5 minutes of “sport--golf is a past time not a sport” and twenty minutes of old has-beens spouting on and criticising. Not impressed by Auntie at all, but I did manage to catch half an hour or so in total of the “ladies” beach volleyball by channel switching.


Back in Blighty our new Prime Monster Theresa Might

Has purchased herself a new sideboard, which consists mostly of “people” I haven’t heard of-apart from Boris, which is no surprise because as soon as she took over the country she buggered orf on holiday leaving us to stew.

May still hasn’t got orf her arse to start sorting out the Brexit thingy and the nuclear balls up dahn in Somerset where apparently the French have said that the Chinese won’t be a security risk as the controls to the glowing generator will be “isolated” and not connected to the interweb do-dah.

Yeah right, just tell them to sod orf May and build some windmills instead.


According to that unbiased corporation the BEEB

Trumpeters, saxophonists and pipers could be in mortal danger- playing a wind instrument could damage your lungs, UK doctors warn in the journal Thorax.

They describe a rare but fatal case of what they are now calling "bagpipe lung" in a 61-year-old patient.

The deceased man is thought to have developed a bad reaction to mould and fungi lurking inside the moist interior of his bagpipes.

Doctors are urging other musicians to be extra hygienic.

They say instruments should be cleaned regularly to prevent the build-up of yeast and other harmful pathogens.


And any player who gets breathless and develops a cough should consider whether their symptoms might be caused by their music practice.

The lung damage the doctors describe happens when the body's immune system goes into overdrive.


Andrew Bova works at the National Piping Centre in Glasgow and is an accomplished bagpiper.

He advised: "Certainly, when it comes to cleaning a woodwind instrument I would say give it a swab after every time you play.

"The moisture can sit in the nooks and crannies and you don't want that. Moisture can damage the wood so we swab to protect the instrument as much as anything."

He uses brushes to clean his and says he gives the blowpipe a thorough rinse out with hot water every six months to get rid of any problems.

"If you have a sheepskin bag, I was told that I should wash it out with hot water and bleach every year. That should get all the germs killed and prolong the life of your instrument.

Or they could just stop playing the bloody noisy things-any Scottish complaints should be sent to Nicola what’s her name Norf of the border, pissing with rain, postcode-who cares....


Right a bit to the land of fjords and stuff 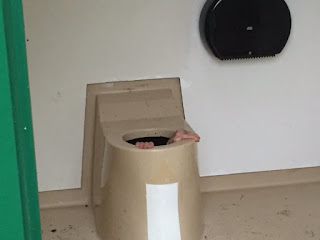 A man in Norway has had to be rescued after getting stuck inside a toilet.


Cato Berntsen Larsen had eagerly climbed feet-first into the public loo in Drammen, near Oslo, after volunteering to retrieve a friend’s phone.

However, the 20-year-old couldn’t get back out again.
The toilet tank isn’t connected to the sewer system, but is an old-fashioned outhouse-style loo that is only emptied once a season.

‘It was damn disgusting,’ he told Norwegian paper VG. ‘The worst I have experienced. There were animals down there too.’

And to make things even worse, Cato added to the pool of waste by vomiting almost immediately after getting into the tank.

He ended up having to spend around an hour standing thigh-deep in urine, faeces, and his own sick.

It all started when his friend dropped his phone down the toilet while urinating, and shouted for Cato’s help getting it back.

Cato, an amateur diver, said he ‘did not think twice’ about going in to get it.

Employees of an Oregon grocery store are cleaning up after a police say a woman drove her SUV into the store and down the aisles.

Springfield police say a 43-year-old Glenwood woman tried to purchase $2,200 of gift cards and became upset when her cheque bounced and Safeway employees would not complete the transaction.

The Register-Guard reports that she angrily left the store Tuesday afternoon and returned just after midnight Wednesday morning. Police say she parked in front of the store and was yelling about wanting her gift cards.

Police say the woman then drove the SUV through the store entrance, up and down an aisle, and out the other side of the Safeway.

Police arrested her at her home.


And talking of roads 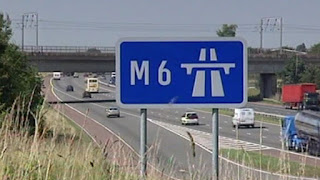 A woman has admitted a "catastrophic driving error" which saw her drive the wrong way along the M6 in Cumbria in the dark.

Several panicked 999 calls were made before the 43-year-old was found parked up on the hard shoulder.

She was given a suspended jail term and banned from driving for 18 months.

McClelland, of Londonderry, Northern Ireland, had earlier admitted a charge of dangerous driving.

The court heart that when she was spoken to by police she had "no idea where she was and seemed surprised to be told she was on a motorway".

Recorder Michael Murray handed her a one-month prison sentence, suspended for a year, and banned her from the road for 18 months.


Back in the land of thingy

Highway experts say a cat chase on a busy Houston-area toll way should serve as a warning about what not to do when animals get loose in traffic.

Tuesday's surveillance video from the Harris County Tollway Authority shows an unidentified woman trying to trap a cat on a road full of cars and trucks. She appears unaware of the danger around her and the darting cat.

A toll road crew eventually arrived and helped the woman capture the kitty after traffic was stopped or slowed for about 10 minutes.


Looking at her headlights I’m not surprised her pussy is on the freeway...


That’s it: I’m orf to chase some surface water

And today’s thought: "Don't worry about the world coming to an end today. It is already tomorrow in Australia."
~ Charles Schulz ~