More of the same at the Castle this morn-wet/dry, calm/windy, cold/cold and sunny/cloudy, no progress on fettling the garden but I did manage to remove several weeks of grime from the Honda with some “no water” cleaner/polish stuff and....an hour later it rained.....


According to the Eton dorm boy 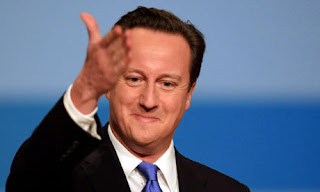 We will have the pleasure of living with ‘austerity’ until 2020, the Prime Monster reckons that the programme of spending cuts, initially planned to take five years, is now likely to last for the entire decade.
But, in a typical Tory tosspot way he said “that he still wants to cut tax but that any reductions would have to be funded by even greater public spending reductions.”
And added; “Now, that doesn’t mean that you can’t cut people’s taxes...You can do exciting and radical and Conservative things at the same time as having difficult overall spending choices.”
As well as “He does not believe that Britain should leave the EU and says he will never campaign for an “out” vote in any referendum.”
And finally; “I think the sense I get from people is, look, 'I know you’ve got to cut public spending, I know you’ve got to get the deficit down, I know you’ve got to make sure our businesses are competitive, I know you’ve got to do all these things, but I want to know that as we get out of this mess, it won’t be the same group of people that benefited in the past. There won’t be a splurge of public spending, mass immigration, wasted money on welfare, bankers paying themselves enormous salaries when they’re not delivering safe and effective banks. I want to know that in future a hard day’s work means a hard day’s pay.’”

And staying with the lying git 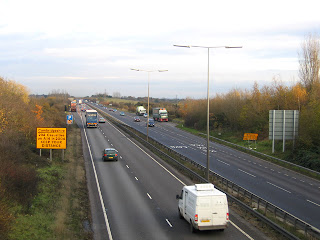 In a speech in March U-Turn Cam said: “We need to look at innovative approaches to the funding of our national roads – to increase investment to reduce congestion. Road tolling is one option – but we are only considering this for new, not existing. For example, we’re looking at how improvements to the A14 could be part-funded through tolling”
And one of today’s headlines-Motorists face paying tolls on an existing stretch of road in Britain for the first time under new plans.
Ministers have proposed to impose tolls for using an “enhanced” 20-mile section of the A14 in Cambridgeshire, the increasingly congested key road linking the East Anglian ports to the Midlands by freight traffic. Along with the new privately run road, two new sections will be built on either side for local traffic.

Make your own minds up.

Over the briny to the left 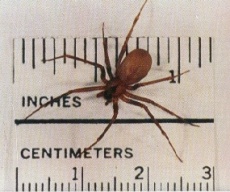 A Brentwood, Tennessee woman says she wants out of her apartment lease because her home is infested with brown recluse spiders.
In the past couple of weeks alone spider traps around her apartment have collected about ten of the poisonous pests. The spiders have been showing up since April.

"I was leaning over my sink, and I grabbed my towel. And there was just this ginormous spider in my towel that I was about to put on my face," Artrip said.
When more kept coming, Artrip notified the management at her apartment complex, Mission Brentwood.

"I asked as soon as I found out they were poisonous spiders if I could switch apartments, and they told me, 'no, let us try to take care of it,'" Artrip says.

A pest control company told Artrip she would have to leave so they could dust the area, but that still didn't do the trick.


A burglar has been arrested in the US after he got his head stuck under a garage door - for nine hours.
The man, 53, tried to hold open the roll-up door with a piece of metal during his midnight raid on a store in Brockton, Massachusetts.
But the metal slipped and the heavy door rolled down, trapping the would-be thief's head against the concrete floor, reports the local Enterprise newspaper.
He was discovered the next morning by store manager John Rodriguez who says the man told him he was trying to fix the door.
"I happened to walk in and he was there," he said. "I saw that little head sticking out."
Mr Rodriguez called the police who charged the man, after taking him to hospital to be checked for a large bruise on the back of his head.


Back in what is left of Europe 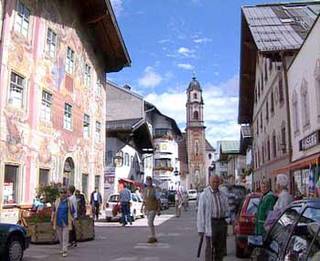 The sleepy hamlet of Mittenwalde in eastern Germany could become one of the richest towns in the world if Berlin were to repay it an outstanding debt that dates back to 1562.
A certificate of debt, found in a regional archive, attests that Mittenwalde lent Berlin 400 guilders on May 28 1562, to be repaid with six percent interest per year.
According to Radio Berlin Brandenburg (RBB), the debt would amount to 11,200 guilders today, which is roughly equivalent to 112 million Euros ($136.79 million).
Adjusting for compound interest and inflation, the total debt now lies in the trillions, by RBB's estimates.
Schmidt and Mittenwalde's Mayor Uwe Pfeiffer have tried to ask Berlin for their money back. Such requests have been made every 50 years or so since 1820 but always to no avail.

I do hate a welcher 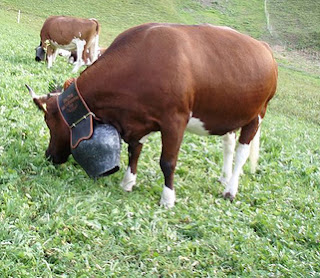 Judge Erich Kundergraber ordered a farmer in the state of Styria to remove the bells after locals complained that they couldn't get any sleep because of endless clanging.
Initially the owner refused to remove the bells from his herd, arguing instead that they were an Austrian tradition and helped to calm the animals.
However, Judge Kundergraber visited the field near Stallhofen, in the foothills of the Alps and ruled in favour of the farmer's neighbours.
The cows were left free to roam the field at night but could be heard clearly throughout the village, especially as the cowbells banged and scraped against their metal feeding trough.
Despite the farmer appealing against the ruling it was decided that there was no need for the bovines to have cowbells if they were kept within an easily visible, fenced field, with the judge adding that these collars were not a traditional feature of rural Austrian residential areas and did not need protecting.

HA! I laugh at cow bells; try living next to Farnborough since it became an “airport”.

That’s it: I’m orf to bake some Graphene 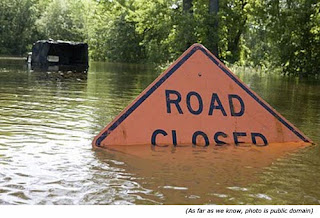