A nice fresh layer of deep, crisp and even at the Castle this morn, his Maj has re-attached himself to the radiator, and the butler has been in the dungeon so long shoving fat, drunk teenagers into the furnace that he is sending out sonar to find his way about.
The over the channel lurgy has reached new heights-I fancy building a big metal tower in the garden.

Over the frozen salty thing to the left 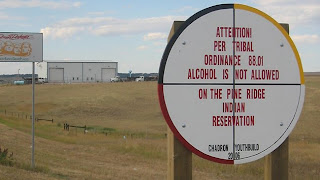 Allegedly an American-Indian tribe in South Dakota has sued some of the world's biggest beer firms over severe alcohol-related issues in the community.
The Oglala Sioux Tribe is asking for $500m (£316m) for healthcare, social services and child rehabilitation.
Tribal elders say the lawsuit is a last resort after efforts to curb abuse through protests and policy failed.
On the Pine Ridge Indian Reservation one in four children suffers foetal disorders caused by alcohol abuse.
The lawsuit, filed in the district court of Nebraska, targets Anheuser-Busch InBev Worldwide, SAB Miller, Molson Coors Brewing Company, MillerCoors LLC, and Pabst Brewing Company.

Back in deep, crisp and even Blighty 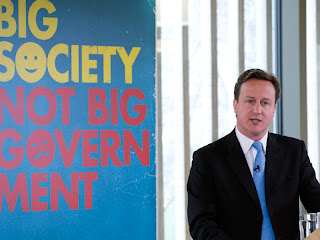 Knobhead David Halpern, a senior No.10 aide and the director of the No 10 Behavioural Insight Team, known as the “nudge unit” thinks that Elderly people should be encouraged to go back to work and move into smaller homes.
In a presentation, Mr Halpern said pensioners should be encouraged to return to work because of the benefits of social interaction for the elderly.
He told delegates at the Stockholm summit that more than half of those older than 75 in Britain described themselves as lonely “all or most of the time”.
“Work matters, particularly for older people, not just for money, but absolutely for social contact,” he said.

Not to mention all the tax they would pay, and stamp duty, and the pensions that wouldn't...

And just to prove that “we are all in this together” 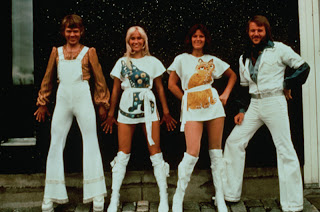 Families could be given tax breaks for hiring cleaners and cooks to help with household chores, under a scheme to be considered by ministers.
The proposal could save middle-class families thousands of pounds a year in fees for domestic help and encourage more women to return to work after having children.
It would also act to cut the number of illegal workers, who are often paid “cash in hand”.
The idea would be modelled on a successful scheme operating in Sweden which has caught the eye of the Prime Monster.


East to the land of crispy birds

A farmer was spotted marching hundreds of ducks along a busy motorway in China.

Mr Ling was transporting his herd of ducks back to his land from a nearby lake where they had been feeding.

Despite the risk of a fine and a caution from the police, the farmer took the superfast highway to avoid taking the long route home.

'I know I shouldn't do it and that the police will fine me if they see me, but I have more than 200 birds and you need a wide road to herd them all along at the same time,' he explained.

'The only other way home is through lots of small alleys and you lose too many birds like that. 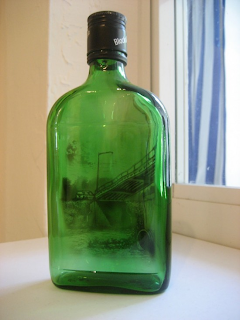 Jim Dingilian uses candle smoke to paint images on the inside of empty bottles.


According to Jim “The miniature scenes I depict are of locations on the edge of suburbia which seem mysterious or even slightly menacing despite their commonplace nature. The bottles add to the implied narratives of transgression. When found by the sides of roads or in the weeds near the edges of parking lots, empty liquor bottles are artefacts of consumption, delight, or dread. As art objects, they become hourglasses of sorts, their drained interiors now inhabited by dim memories”

Yeah right, but the “pictures” are 'interesting'...


Still on the left 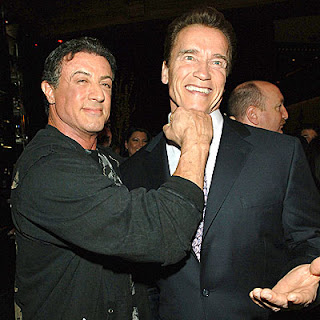 Arnie and Sly “bumped into each other in ‘orspital, in an amazing coincidence the two action stars had been booked in to have treatment on their shoulders at the same medical centre, on the same day.

Writing online Arnie said: ""After all the action, stunts & physical abuse shooting The Expendables 2 and The Last Stand, it was time for a little tune up on my shoulder.

"Look who was coincidentally waiting in line behind me for his shoulder surgery. Now we're ready for another round of great times and action when we shoot The Tomb."

Back in Nordic Blighty 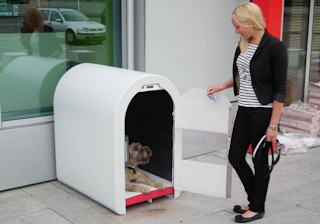 For a small fee, UK pet owners will be able to drop their dogs off in a specially designed cage complete with its very own cooling fan for those hot sunny days.
It has been a massive hit in Europe and is now set to be launched in the UK later this year.
The 45 inch, plastic device was designed by a Norwegian company in 2004 after the introduction of a new law stopping owners from tying their pets to the front of public entrances following a spate of dog attacks across the country.
Norsk Hundeparkering now wants to bring their product to the UK following its enormous popularity in Norway. 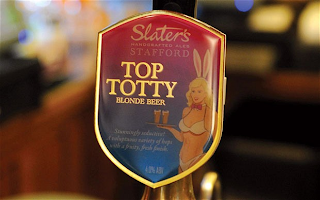 A campaign which led to "Top Totty" beer being banned from the House Of Commons bar has backfired - after sales increased across the country.
Family-run Staffordshire brewer Slater's revealed it has seen sales jump since one of its ales upset a MP Kate Green and attracted headlines around the world last week.
Slater's sales director Fay Slater announced that the firm has been bombarded with phone calls and emails from landlords wanting to get their hands on barrels of Top Totty.
The welcome boost for the popular ale comes after the four per cent beer was removed from sale at the Strangers' Bar, in the Houses of Parliament, after shadow equalities minister Ms Green said the pump clip, which features a half-naked lady, was offensive.
Now Slater's says it has sold around 50 more barrels than it shifts in an average week, with around half a dozen pubs saying they want to start selling the controversial ale too.

That’s it: I’m orf to freeze some gruel. 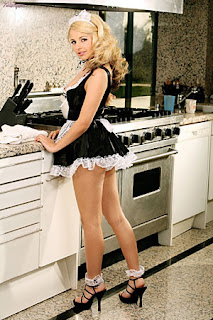