The Circle of donations: Corrupt coppers: Royal Mail fails for two decades: The Asgarda of Ukraine: Cheap as cheese: and a really, really grumpy pussy.

Oodles of lack of warm stuff, overwhelming amounts of solar stuff, only a whimsy of atmospheric movement and not one drop of wet stuff at the Castle this morn.
Orf out tomorrow so no post, going dahn to Beaulieu with some mates to have a drool at the motors and a nice pub lunch by the seaside.


According to the Mirror 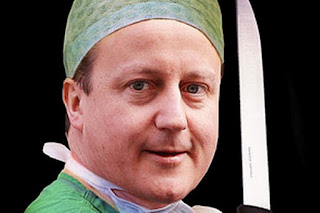 The Tory Party has raked in more than £1million in donations from City executives set to make a fortune from its plans to privatise large swathes of the NHS.


We can today reveal fat cat shareholders in the company Circle Health – the first private firm to take over an NHS hospital – have given the Conservatives over £1.4million.
Our research also shows that overall David Cameron’s party has been given more than £10million from those with links to private health.
Labour yesterday said the donations, made since 2001, lifted the lid on the cosy relationship.
And it accused the Tories of “carving up” the NHS for their wealthy chums in big business.
The revelations come days after new Health Secretary Jeremy Hunt shortlisted Circle Health’s spin chief Christina Linnet to be his new media boss.
She previously worked for former Conservative Health Secretary Andrew Lansley before the Tories came to power.
Official records also show Tory MP Mark Simmonds is paid £50,000 a year by Circle for 10 hours’ work a month.
The links between private health companies and the Conservative Party became a matter of public debate after Circle was last year handed a 10-year contract worth £1.2billion to take over the failing Hinchingbrooke hospital in Cambridgeshire.
Its directors think the contract is the first of many – and have set out business plans to clinch NHS bids worth more than £8billion

And all across the Smoke 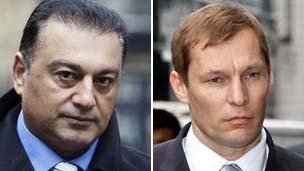 Allegedly nearly 50 Metropolitan Police officers have been suspended for corruption in three years, of the 258 officers suspended for offences also including sexual assault, neglect and assault, 38% of cases were proven and 11% of officers were sacked.
The officers were paid about £3.6m during their suspensions.
The figures, released under the Freedom of Information Act, show the number of officers suspended on full pay for three years between 2009-11.
Nearly half of those suspended were special constables, who are unpaid.
Although the specifics of each case have not been revealed, the Met said some instances of corruption included handling stolen goods and fraudulent overtime claims.
PC Simon Harwood was recently sacked for gross misconduct after he was found guilty of breeching standards in connection with Ian Tomlinson's death at the G20 protests.
He was initially suspended from duty in 2011.


Others suspended include: Gareth Beard who was found guilty of fraud; Philip Juhasz who was sacked for racially abusing the manager of a snack kiosk at King's Cross railway station; Det Con Daren Pooley who was jailed for defrauding the force after he overcharged for rented apartments, and David Price who was found guilty of growing cannabis.


The BBC has also obtained figures which show 372 police staff were suspended between 2009-2011.

Makes you proud, doesn’t it?


Up Norf to Blighty’s second city 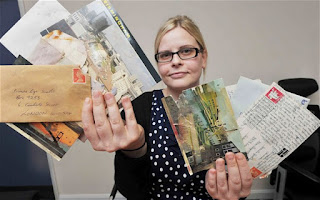 Postmen failed to collect letters from a post-box at one of the country’s busiest railway stations for 23 years.
Builders working on the renovation of Birmingham New Street Station found the dusty letters dating back to 1989 when they removed the box last week.
The box was sealed earlier this year after rail commuters complained that they caught their fingers in the narrow flap. An “out of action” sign was hung across it.
Workers say they cannot understand how the letters escaped the notice of postmen. The box was in full view of thousands of travellers for more than two decades.
One postal worker said: “We didn’t know it was there, to be honest.


The stamp of Royal Fail


East to the land of...something 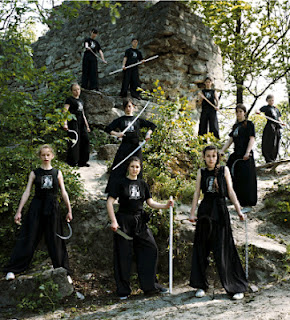 In the Ukraine, a country where females are victims of sexual trafficking and gender oppression, a new tribe of empowered women is emerging. Calling themselves the “Asgarda”, the women seek complete autonomy from men.
Residing in the Carpathian Mountains, the tribe is comprised of 150 women of varying ages, primarily students, led by 30 year-old Katerina Tarnouska. Reviving the tribal traditions of the Scythian Amazons of ancient Greek mythology, the Asgarda train in martial arts, taught by former Soviet karate master, Volodymyr Stepanovytch, and learn life skills and sciences in order to become ideal women.
Little physical documentation existed on the tribe, until recently, when renowned French photographer, Guillaume Herbaut, met the Asgarda back in 2004 in the midst of the Orange Revolution.

But can they cook a roast dinner....


West more than a lot and up a bit 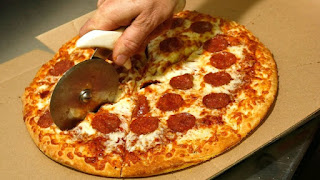 A Canadian police officer was among three people charged as the country's authorities announced they had busted a major cheese-smuggling ring.
A joint US-Canadian investigation found C$200,000 (£125,600) of cheese and other products were illicitly brought over the border into southern Ontario.
The smugglers sold large quantities of cheese, which is cheaper in the US, to restaurants, it is alleged.
The other two men charged were civilians, one a former police officer.
In their statement, Niagara police said an investigation had been ongoing since January 2012. Mr Heron was suspended from the police force in June.
"The network involved the purchasing of cases of cheese and other food items and transporting these cases into Canada, without declaring the items or paying duty," police said.
Once the cases arrived in the country, they were distributed to restaurants in southern Ontario.
The accused allegedly made a profit of over C$165,000.

Not surprised, seen the price of cheese? Especially dahn Tesco.

A cat named Tardar Sauce, or ‘Tard’ for short, has become internet-famous for its astoundingly grumpy face.
According to Knowyourmeme.com, Tardar Sauce, now known as Grumpy Cat, rose to internet fame after his photo was uploaded to social networking sites Facebook and Reddit.
Within the first 48 hours of its image being uploaded, the cat was up voted more than 25,300 times on Reddit, and the pictures were viewed more than a million times on Imgur.
Tardar Sauce's favourite foods are mice and tuna. 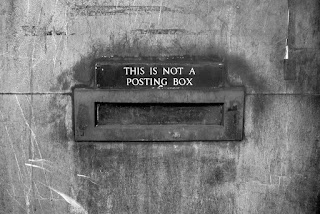