Lack of warm, less solar stuff, oodles of atmospheric movement and nary a drop of skywater at the Castle this morn, just returned from the stale bread, gruel and his Maj’s food run dahn Tesco, they have “improved” the fruit and veg sections, mainly by moving everything about and increasing the prices.


According to the Free Enterprise Group of Conservatives 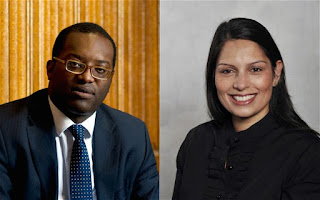 Too many on middle-range incomes are being dragged into the 40 per cent tax rate, and the Piss Poor Policies Millionaires Club Coalition should respond by increasing the rate at which the higher rate begins, and linking the threshold to earnings. That could take more than a million people out of higher-rate tax.
Kwasi Kwarteng, the MP for Spelthorne, and Priti Patel, the member for Witham, are worried that the tax system discourages enterprise and hurts the party’s appeal to middle-income workers.
Their report, ‘Motivating the Middle’, comes as Tory strategists debate how best to present the party as on the side of people who want to improve their lot in life.


Another couple of Tosspots with their heads up each other’s arse...

And to make our lives even better

The rest of the fuckwits infesting the left hand side of the bit next to the leaning tower of Westminster are considering a new “two-tier” road tax system as part of a Government review of transport funding, it emerged yesterday.
The scheme would see drivers who only drive locally and stay off major roads paying a lower rate of Vehicle Excise Duty than those who use motorways.
Ministers are reviewing the future of VED as the sums it raises for the Treasury fall. The tax is related to the engine emissions of cars, and the move towards smaller, greener cars is reducing tax revenues.
The two-tier tax system is understood to be one of several options that have been considered as part of that review. Insiders insisted that no decisions had been taken and that ministers remained unconvinced by the proposal.


And just to screw motorists even more 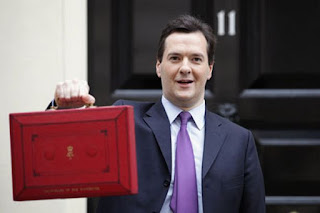 If son of a B.....aronet George (alien reptile in disguise) Osborne hikes up the cost of go-juice by another 3pees per pint and a bit it would cost the economy at least £1 billion - substantially more than the £800 million in tax it would bring in.
Robert Halfon, the MP for Harlow and petrol campaigner, believes the rise due for January next year will cost families £60 a year in petrol costs alone.
But it will also inflict wider, damaging effects on the whole economy, according to the new report from the National Institute of Economic and Social Research (NIESR).
The NIESR economists found there would be a drop in household spending, leading to lower national income and around 35,000 job losses.
The cost to the economy could reach as much as £2 billion and cause 50,000 job losses, if the additional pressure on inflation causes the Bank of England to raise interest rates.


No scare mongering there then...


And regarding the second worst thing to visiting the dentist 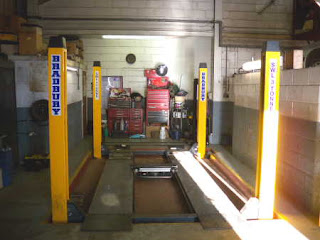 The MoT rules have changed for 2012, with the Department for Transport adding in new tests and standards to reflect more modern cars.
From 1 January 2012, new technologies such as Electronic Stability Control are being tested, rules on lighting have been updated to reflect new features, and even tests to check exhausts have been brought up to date.
The new MoT rules also help the UK meet new European legislation that’s aimed at standardising vehicle testing rules across the EU.
To help motorists get up to speed with the new rules, the first three months of 2012 will see new failure points marked as advisories only. After this, however, any compliance issues with the new test rules will result in a failure.
Click on the link over the pic to see them all...


Allegedly the EU has decided that Newmarket sausages should be protected Sausages made in Suffolk have been granted a special status which puts them alongside the likes of Parma Ham, Champagne and Melton Mowbray pork pies.
Newmarket Sausages have become the 50th British food product to be awarded the Protected Geographical Indication (PGI) from the European Commission.
It means only local companies can call their produce Newmarket sausages.
Grant Powter, from Powters Sausages, said it would protect the "reputation and quality" of the sausages.


Worth every penny of the tens of billions we pour into what is left of the bits over the channel. 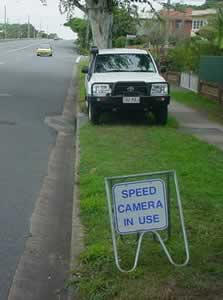 Queensland’s peak motoring body has condemned moves to outsource speed camera operations as a "shameless grab for cash at the expense of driver safety".
The Courier-Mail revealed extra speed cameras would be rolled out across Queensland and operated by civilians instead of police in State Government changes aimed at cutting costs and boosting revenue.
RACQ Executive General Manager Advocacy Paul Turner said the State Government had lost sight of the purpose of the cameras.
"The Queensland Police manage speed cameras as a way to improve road safety and outsourcing their operation to a private company can only mean that profit is the number one priority,'' Mr Turner said.


It seems that ripping orf drivers is a world-wide phenonmen, phinominum......thing...


Back in the Costa dear part of Europe 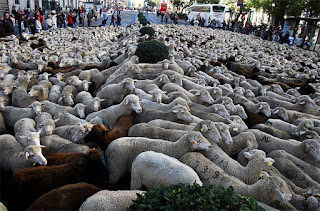 Spanish shepherds led a flock of more than 2,000 sheep through central Madrid on Sunday in defence of ancient grazing, migration and droving rights threatened by urban sprawl and modern agricultural practices.
The right to use droving routes that wind across land that was open fields and woodland before Madrid grew from a rural hamlet to the great metropolis it is today has existed since at least 1273.
Every year, a handful of shepherds defend the right and, following an age-old tradition, on Sunday paid 25 maravedis - coins first minted in the 11th century - to city hall to use the crossing.
Shepherds have a right to use 78,000 miles (125,000 kilometres) of paths for seasonal livestock migrations from cool highland pastures in summer to warmer and more protected lowland grazing in winter.
The movement is called transhumance and in Spain up until recently involved close to a million animals a year, mostly sheep and cattle.


Not quite so baamy then...

And finally:
A pic to wind up those who are not of the brunette or redheaded variety 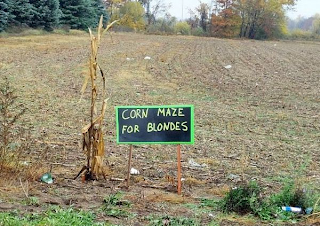 That’s it: I’m orf to check out the microscopic 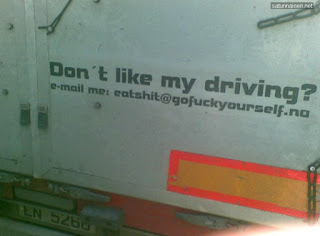