Vast amounts of residual skywater, not a glimpse of dawns crack, a touch of atmospheric movement and a mixture of lack of cold and hot at the castle this morn. 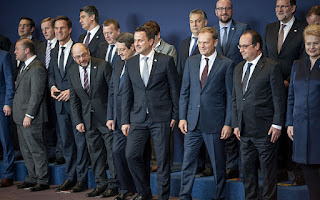 Since just over half of Brits decided to give the EU the soldiers farewell “they” have not stopped moaning, “they” being the 27 remaining countries who are pissed orf because a) Germany and France will have to take up the slack and pay more into the bottomless well known as the European coffers or b) the other 25 countries will have to take less money than they think they deserve. 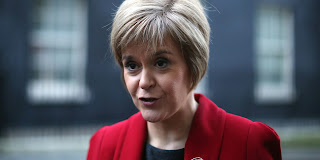 “They” are also that very annoying Scottish “bird” Nicola Sturgeon who seems to have got her panties in such a twist that her voice has raised half an octave over the fact that Scotland apparently voted to remain and has been whingeing and brown nosing around Europe in an effort to get special dispensation for said Norf country.


Unfortunately both France and Spain have said they oppose Scotland negotiating separately from the rest of the UK to stay in the EU.


So unless she can persuade Parliament to let them have a second “freedom” referendum, win that and then apply to the EU to join she is to use the vernacular-stuffed.

Meanwhile across the Irish Sea 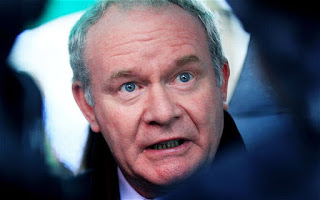 “They” includes that annoying Northern Irish “bloke” Martin McGuinness who is moaning on about "I believe that the mandate that we got during the course of the referendum to remain puts us in a very special place,"


“They” also include the Bremain MPs who cannot seem to fathom that they asked the electorate a question and got an answer.


o come on you lot, accept the truth, we are going, stop your bloody moaning and get over it, we won you lost. Nah nah nah nah nah..... 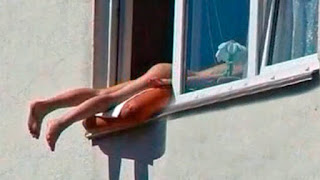 People in a Novosibirsk, Russia, neighbourhood say police have done nothing about a woman who sunbathes by hanging her legs and exposed bum out of a second-story window every day, for hours at a time.

Locals say they are concerned the skin show is visible to children, but police have yet to stop her from her near daily routine.

Left a bit to the land of Merkel 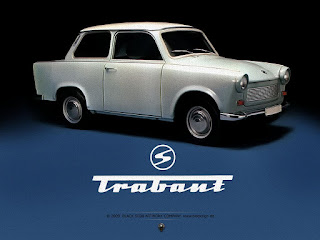 German police say a driver lost control of his car after slipping on a slimy trail left by a procession of snails that were making their way across the highway.

The car -- an old East German Trabant -- flipped over and was wrecked, but the driver was unhurt. 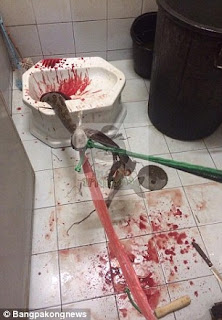 A man in Thailand suffered huge blood loss after a python sank its fangs into his penis while he was sitting on the toilet.

Atthaporn Boonmakchuay tried desperately to break free after the huge snake attacked in the bathroom of his home in Chachoengsao, east of the capital Bangkok.

The 38-year-old reportedly reached down with his hand after feeling a sharp bite - only to discover the serpent's jaws clamped around the tip of his penis.

Atthaporn screamed out for his wife as he thrashed around trying to dislodge the 11ft python.

Moments before collapsing, he managed to tie rope around the snake's head and tie it to the bathroom door.


Note to self: place large amount of rope in the bathroom.

That’s it: I’m orf to mine some helium

"Two things are infinite: the universe and human stupidity; and I'm not sure about the universe."
~ Albert Einstein ~