RIP OFF BRITAIN SURVIVES THE RECESSION 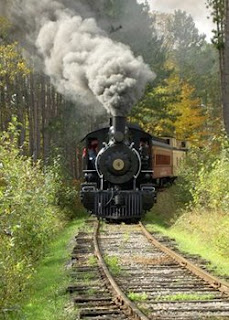 There was quite a lot of news today, the USA is going to pour more troops into Afghanistan, and expect the rest of us to do the same.

The guy who threw his shoes at George W goes on trial and is facing up to 15 years. Personally I would give him a gift voucher for Barratts, and charge the so called “security” people.

18 people survived the helicopter crash in the north-sea, and good luck to them.

Jackie Smith is at last being asked to explain the £116,000 of our money she claimed in expenses for her “second home”: And rightly so.

And the man who “saved the world” is spouting off about how to “save the world”.

All of these stories can be found here in one form or another.


But the thing that caught my eye was the article on rail fares in our green and pleasant land.

Personally I don’t use trains, they are often dirty, crowded and you can’t have a fag, so I drive.

But for the millions of people that do the cost of getting to work is rising at a staggering rate, Passenger Focus said "turn up and go" fares to London from elsewhere in the UK generally cost more than similar journeys in other European countries.

On average, fares were 50% higher in Britain than on the continent.

The Gov of course plays down the prices “but ministers said fares had fallen relative to earnings.” whose earnings?

The Passenger Focus report said “it also found that passengers wanting to travel at short notice or who needed flexibility in journey times would generally be charged more, compared with European ticket-buyers.

For example, in Britain long-distance turn-up-and-go fully flexible day-return fares to the principal city (London) were 87% more expensive than in the next most expensive country surveyed - Germany.”

“This type of British fare was also more than three times more expensive than in the cheapest country surveyed - the Netherlands.

British annual season tickets for journeys of no more than 25 miles were 88% more expensive than the next most expensive country - France - and more than four times pricier than the cheapest country - Italy.”


I think I may have said this before but the Government keeps telling us to “get out of our cars” and use public transport, which millions do, only to be ripped off by the train companies with above inflation fare hikes.

Transport minister Andrew Adonis said the government was committed to "sharing the cost of rail services fairly between taxpayers and passengers".

"It is estimated it would cost taxpayers an extra £500m a year to bring UK commuter fares in line with these other European countries, which are more heavily subsidised," he said.
Which is a drop in the ocean compared to the billions they have poured in to the banks, and has benefitted no one.

He argued that since 1997, regulated fares had fallen sharply relative to earnings, and that with inflation now falling, train fares would drop further.

If the Government wants to protect jobs allowing the rail companies to increase fares above inflation is not tenable, if it costs people more just to get to work it means that there is less to spend in the economy, it seems to me that the Gov is protecting the private companies and bugger the rest of us.

I will keep using my car, it is comfortable, un-crowded and I can listen to a CD or the radio, and of course I can smoke that is until they ban that on health and safety grounds.

“My favorite thing is to go where I've never been.” Diane Arbus