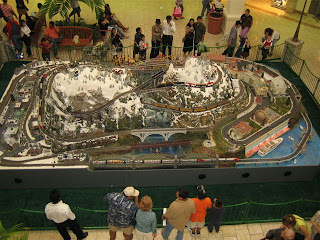 This first item is a bit serious:

BBC NEWS Social network sites 'monitored' there are plans afoot to monitor the social networking sites such as Facebook, Bebo and MySpace because it was needed to tackle crime gangs and terrorists who might use the sites. This is in addition to proposals to store details of every phone call, email, and internet visit made in the UK.

Liberal Democrat MP Tom Brake said the websites contained sensitive personal details and that he was concerned information could leak from any government-controlled database. "It is deeply worrying that they now intend to monitor social networking sites which contain very sensitive data like sexual orientation, religious beliefs and political views,"

This “idea” is a breach of our human rights, which gives us the right to privacy regarding sexual orientation, religious beliefs and political views that the UK Government has signed up to.

If the history of Government data security s anything to go by they have no chance of keeping the information safe.

A car was left teetering on a cliff edge after the driver followed sat nav directions down a Pennine footpath.

Robert Jones continued to follow the instructions when they told him the narrow, steep path he was driving on in Todmorden, West Yorkshire, was a road.

Mr Jones, from Doncaster, South Yorkshire, only stopped when his BMW hit a fence above Gauxholme railway bridge on Sunday morning.

Police have charged Mr Jones with driving without due care and attention.

Unfortunately this isn’t a one off Police warning over sat nav use Police in Cumbria are warning drivers not to rely solely on Satellite Navigation Systems when driving through the Lake District.

A spokesman said the route-finders do not take into account weather conditions or road types.

Officers from Cumbria Constabulary have been called out to an increasing number of vehicles stranded on high mountain passes in poor weather conditions.

Drivers between North and South Cumbria have been particularly affected.


Ye, it’s called looking where you are going.


This one is bit rude, but you know what teenagers are like BBC an 18-year-old has secretly painted a 60ft drawing of a phallus on the roof of his parents' £1million mansion in Berkshire.

It was there for a year before his parents found out. They say he'll have to scrub it off when he gets back from travelling.

If he knows about it what are the odds he will come back?


From BBC NEWS America- Barack Obama has told Americans he sees signs of economic recovery, but urged them to be patient and look beyond their "short-term interests".

The US president said his draft budget would build a stronger economy which would mean America did not face a repeat crisis in 10 or 20 years.

"We will recover from this recession," he told a prime-time news conference in Washington DC.

Mr Obama said his economic strategy, and his new budget which was now being prepared, was based on creating new jobs, rejuvenating the housing market, and creating new liquidity and lending by the banks.


Methinks he listened to Gordon too much!

Twin brothers Frederick and Gerrit Braun have built the world's longest model railway in the city of Hamburg.

By the time the layout is completed in 2014 it will be twice as long and will take in France, Italy and the UK.

It even includes scale models of the Rocky Mountains, Mount Rushmore, the Swiss Matterhorn, and a Scandinavian fjord complete with 4ft cruise ship.

The scenery took 500,000 hours, 700kg of fake grass and 4,000kg of steel to build.
So large is the layout that 160 staff are employed to show visitors around the railway.


Ananova - World's untidiest car banned police in Germany have banned a woman driver's car from the road - for being too untidy.

The Vauxhall Astra was so full of junk, magazines, old clothes and even bits of furniture that they could barely see the driver at it roared down a motorway near Düsseldorf.

The driver - who has not been named by police - has been banned from taking the car on the road again until it has passed a tidiness test.

Police said the car was so full of junk the woman's face was pressed up against the windscreen as she drove.

“You don't get harmony when everybody sings the same note. “ Doug Floyd

NHS-THE OTHER SIDE
Posted by Angus Dei at 07:45 3 comments