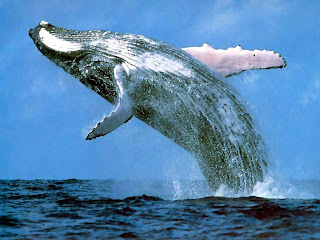 Humpback Whale
I woke up this morning with the hump (again), and was on the verge of giving it all up, deleting the blogs and going back to a quiet life.

But things happen that change your outlook, the first was that a fairly large cheque arrived in the post from a project I had been working on, the second was that down the local smash and grab (Tesco’s) I bumped into an old friend who I haven’t seen for twenty years, we went for a coffee and he told me he was terminally ill, with just a few months to live.

His attitude was an example to me of the power of the human spirit; he was going to travel the world, and spend his remaining time doing all the things he had been unable to do up until now, there was no self pity just determination.

I gave him a hug and wished him well, he has promised to send me postcards from his jaunt, I may post them on the blog, or not, or just the pictures, it depends on what he writes.

So I came home happy about the cheque and sad about an old friend, and told myself to get off my arse and do some writing because if we all gave up and let “them” win we will only have ourselves to blame when things go tits up (or even more tits up than they are now).

So it seems that you will have to put up with my ravings for a while longer, or at least until I have spent the money and wake up with the hump again.


"A real friend is one who walks in when the rest of the world walks out."- Anon

Angus Dei-NHS The Other Side
Posted by Angus Dei at 09:06 7 comments