Whether the Wevver will or not: Up your MP: Central park cannon: One pissed feller up a tree: Pants calendar: and Dummy Councillors.

Quite a lot of lack of warm, not a lot of skywater, even less atmospheric movement and nary a glimmer of solar stuff at the Castle this morn, Blogger and IE are still conspiring to stop me putting photos into this piss poor blog and his Maj has discovered the joy of lying underneath the radiators in an attempt to maximise his heat rating.

And staying with the wevver The “experts” at the Met thingy have issued a yellow 'be aware' warning for snow and ice across the whole of southern England, the Midlands and Wales on Saturday.
Apparently Around 1-2cm of snow could fall across London and the South West on Saturday morning, before the wintry showers head further south towards Southampton and the South Coast.
The East Coast is also likely to see a covering, while northern areas such as Lincolnshire and Yorkshire could see as much as 5-7cm.
Temperatures are expected to plummet to as low as -9C in the early part of next week with widespread frosts forecast for the weekend.

This means of course that if “they” are actually correct and more than a metric millimetre settles on the ground then the whole of Blighty will grind to a halt for at least four days. 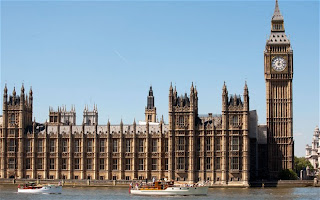 Members of Parliament believe they deserve a pay hike of one-third – with nearly 70 per cent believing that they are underpaid for the job they do.
Conservative members of Parliament on average would like a £31,000 increase in their basic salary – to £96,000 a year – while their Labour counterparts feel they deserve a £12,000 hike to £77,000, according to an anonymised survey carried out by the Independent Parliamentary Standards Authority (Ipsa). MPs are currently paid around £65,000 a year.

Yeah right: Now let me see, the average-ish salary increase for those lucky enough to have employment is about 1-2 percent, the increase in benefits for those not striving is going to be 1 percent.

I reckon that a 1.5 percent increase in our money that is given to Members of Piss-poor-arliament is a fair increase-don’t you?

Over the cold, wet salty thing on the left 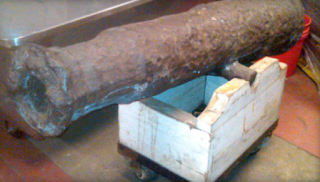 Apparently an 18th century cannon was found loaded with gun powder and a cannon ball Friday during a routine cleaning at the Central Park Conservancy.
Residual gun powder was spotted after a piece of rust was removed from the cannon, exposing the cannon ball, New York City Police said. Authorities were summoned to remove the gun powder and make the cannon safe for public display. The cannon came from a British Royal Navy Ship, the HMS Hussar, circa 1763 to 1780.

NYPD spokesman Paul Browne said "We silenced British cannon fire in 1776 and we don't want to hear it again in Central Park,"

I think that about sums up the USA’s attitude to us Brits...

Dahn a bit and left even more 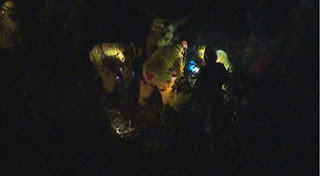 An allegedly intoxicated tree trimmer dangled 40 feet off the ground for nearly two hours Monday evening before rescuers were able to get him down from of a Eucalyptus tree in a heavily wooded, residential area of Brentwood.
"We were concerned about his condition because he seemed lethargic and once we got him down, we found that he had consumed a significant amount of alcohol from a bottle of tequila that he had in his work belt with him," said Battalion Chief Brian Schultz with City of Los Angeles Fire Department.
Thirty-two fire-fighters responded to the scene and used ropes, a harness and 35-foot ladders to rescue the tree trimmer, according to Erik Scott with LAFD.

Good job it wasn’t in broke Blighty-there would only have been an old fart with a loft ladder available..... 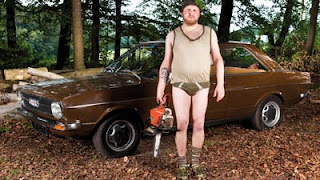 A pants calendar of men posing in their underwear with classic 1970s cars is proving an unlikely success in Germany.

The pictures - featuring male models of all shapes and sizes - show some classic bodywork has aged better than others.

One bearded model poses in a pair of baggy brown Y-fronts, holding a chainsaw, as he stands beside a classic Audi Quattro.

Another model in the £25 calendar is seen posing proudly in front of a Volvo Amazon while wearing skin-tight leopard-skin print trunks.

Creator Janet Schurmeyer, from Wuppertal, says she and a photographer pal dreamed up the calendar as an antidote to traditional poses of semi-clad women draped over curvy sports cars.

"We only use men - most of them are our friends - and they are often not wearing the most attractive underwear, whatever it is they feel comfortable in" she explained.

If you must you can see the calendar HERE
Come on guys, we Brits could do much better than that.
Norf of the border 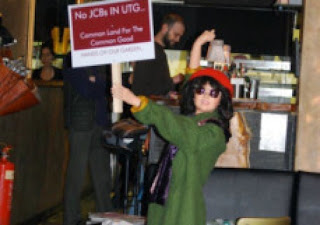 A pensioner has been cleared of registering a dummy to stand in a local government election.
• Renee Slater entered a mannequin called Helena Torry into Aberdeen council elections last year
• Case dismissed on technicality - Presiding Officer says he “will have no hesitation” in referring similar cases to police
Renee-Margaret Slater went on trial accused of entering a mannequin as a candidate in last year’s city council election in Aberdeen.
The 64-year-old lodged the name of Helena Torry on an official nomination document and delivered the paperwork to the returning officer at the city town house.
The former Labour councillor went on trial facing a charge under the Representation of People Act 1983 earlier this week. But yesterday the pensioner was cleared because the sheriff ruled that the charge was not relevant to the case.
Defence lawyer Gregor Kelly argued that the charge against his client related to parliamentary elections and local government elections in England and Wales. And Sheriff Peter Hammond upheld the submission that his client had no case to answer.
Following the hearing, Ms Slater said: “I just want to thank the people who helped out, the friends of Helena Torry who raised the funds for it. I couldn’t get legal aid.
“She ended up with a personality, and certainly has more charisma than some politicians.

Hear! Hear! And we wouldn’t have them whingeing about how poor they are....

That’s it: I’m orf to dismantle the asteroid shelter

And today’s thought:
A note for U-Turn Cam-hopefully 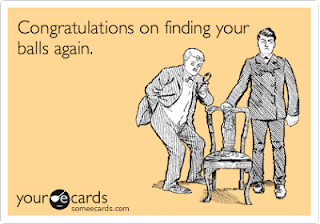