Eight million gallon pee: Prince Phil’s in truffle: Hanging out in Wales: The Ugly truth: Darwin Numpty: and Lord have mercy on the frozen man.

Seems to be the “usual” at the Castle this morn-dull, cold, cloudy and damp, the phone calls have started from “users” wanting their “fix”, and I have cleared a space in the study for the new arrivals.
Just got back from Tesco and something is terribly, terribly wrong, they had ample supplies of stale bread, gruel and pussy food, I hope they are not getting organised.... 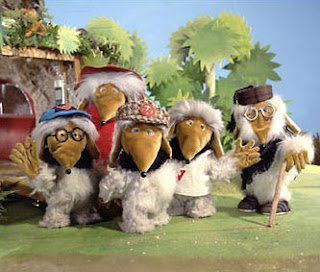 Up in Womble land the strawberry and cream set are preparing for two weeks of rain, and even further North Dick Heads are driving into the sea.
Over the Briny to the left 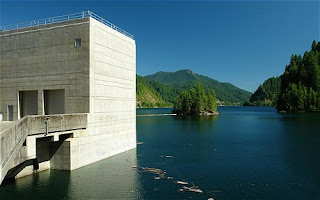 Eight million gallons of water had to be drained from a reservoir in Oregon after a man urinated in it.
The operation is costing the state's taxpayers $36,000 (£22,000) and was ordered after Joshua Seater, 21, was caught on a security camera relieving himself in the pristine lake.
Health experts said the incident would not have caused any harm to people in the city of Portland, who are supplied with drinking water from the reservoir.
They said the average human bladder holds only six to eight ounces, and the urine would have been vastly diluted.
But David Shaff, an administrator at the Portland Water Bureau, defended the decision to empty the lake.
I wonder if fish pee.
And:
Phil the non-Greek will have to reach his century if he wants to sample his Truffles 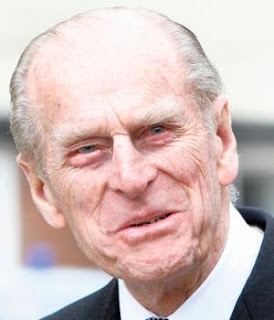 His attempts to cultivate the delicacy at a one-acre 'truffiere' in Sandringham have so far been thwarted, and he has now been advised that is likely to another decade before the expensive fungus emerges.
The Duck was left disappointed after two Italian hounds again failed to sniff out any truffles in the orchard. They will have another try this autumn, though he has been told it will probably yield nothing again.
It is now five years since the Duck spent £5,000 on special truffle-impregnated trees.
"I am afraid the dogs have still failed to find any truffles - but these things can take time. It can be as long as 10 to 15 years," said a spokesman for Sandringham.
Undeterred, the Duke has told staff that he will press on in the hope that his cottage industry on the Norfolk estate will one day produce a crop of truffles,
Bloody hell! Not another ten years of the wrinkled, racist old git.....
Left to Welsh Wales

Four hundred people set a world record Sunday on a beach in Wales for number of people skinny dipping at one time, officials said.
Four hundred people from around the world got naked and ran into the sea at Rhossili Beach in Swansea, Wales, at 8 a.m. Sunday, WalesOnline.com reported.
Organizers of the event said the biggest challenge was getting verified by Guinness, but they are confident they beat the previous record of 250 skinny dippers.
Pickled Walnuts and dried out peaches come to mind.....
Somewhere on the W.W.W.

A social networking site for "beautiful people" has been hit by a "Shrek" virus that allowed tens of thousands of "ugly" applicants to sign up.
Members of BeautifulPeople.com must traditionally pass a strict "rating" stage where existing users vote on whether someone is attractive enough to be accepted into the online community. But this screening process was brought down last month, allowing anyone to join.

Owners have apologised to more than 30,000 "unfortunate" people who were "wrongly admitted". It is believed a former employee may have been responsible for the virus. 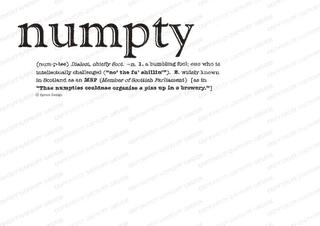 A Darwin man is standing trial for allegedly causing serious harm to his tenant by slashing him with a samurai sword.
Peter Raymond Mundy, 68, has pleaded not guilty to injuring his tenant in June last year.
It is alleged the tenant, who was renting a bedroom from Mundy, arrived home one night to find him sitting at a table in his underwear.
Mundy then went to his room after his tenant allegedly told him he did not like seeing his semi-naked, hairy body.
Police say Mundy then turned off power to the tenant's room to silence loud music.
They say the tenant subsequently kicked open the door of Mundy's room and was allegedly slashed across the neck with a samurai sword.
The court was told Mundy will argue it was done in self-defence.
Darwin Numpty of the first kind.
And finally:
Over to Boulder
The Nederland Area Chamber of Commerce in Colorado is offering to sell the rights to a celebration of a frozen dead guy.
Bredo Morstoel's corpse has been packed in dry ice in a shed at the mountain town since 1993. He died in 1989 at age 89 and his Norwegian family preserved his body in hopes technology will be developed to bring him back to life.
The 10-year-old festival attracted 15,000 people in March. It features a parade of hearses, frozen salmon tossing and coffin races.
Interim chamber president Blue Hessner says the chamber wants to sell rights to the event and concentrate on business development.
According to the Boulder Daily Camera, the event has become too expensive and the chamber believes an event company could do a better job.
Nice......
That’s it: I’m orf to expose a Badger.
And today’s thought: The only way not to think about money is to have a great deal of it.
Angus
Posted by Angus Dei at 08:27 4 comments