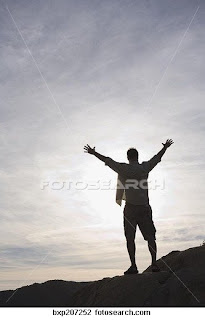 Phidelm has challenged me to reveal ten truths about myself, quite difficult because the first truth is that I am not Angus Dei but am really………….well that’s for the future.

Truth two: I am apolitical in as much as I hate all politicians equally, and I will include in this the fact that I abhor prejudice of all kinds, but that doesn’t mean that I like all people of all races, colours and creeds and that I dislike the same.

Three: I used to enjoy a lot of things, walking, cooking, gardening, swimming, travelling etc, but since Mrs “A” died I have lost my way, and now seem to exist as an onlooker, but there are still some things I enjoy, such as a good film, good friends, and of course my pussy whose name doesn’t matter because she is totally deaf, so I can call her what I like, which is normally “rat face”.

Four: Believe it or not I am arrogant, outspoken and probably a pain in the arse to some people, I have been told that I have a “weird” sense of humour, and I will not give anyone a second chance, if they cross the line that is it-gone.

Five: like Phidelm I have had a close brush with death, back in 1968 due to the Flu Pandemic, I was seemingly “out of it” for four days, “saw” the light, and had the out of body thing, since then I have had no fear of death.

Six: I am extremely nosy, and like to know the ins and outs of people, because you never know when it will come in useful.

Seven: I love the countryside, and am very lucky because I live within minutes (by car) of some of our green and pleasant land, I love green fields, and fields of gold, lakes, and rivers, and the sea, sitting on the shore in the sunshine listening to the waves breaking on the sand is my idea of heaven.

Eight: I have never felt the need for “bits of paper” to prove my worth, and have managed so far to progress through life using my sparkling wit and personality to “get ahead”, but as age and gravity take their toll it is getting more difficult.

Nine: I don’t speak any language apart from English (and swearing), and some have doubts about that, and use translation programmes to decipher unknown linguistics.

Ten: Bet you’re glad we are at the end; boring isn’t it? My future-not a clue, I suppose I will stagger on until I can stagger no more, like most folk seen to nowadays, and then gently fade away, or perhaps I will go out in a blaze of glory or at least very loudly.

So there you are ten “truths” about Mois, or At least Angus, watch the “All and sundry” blog on the 30th of July if you want to see the real me and the real Mrs “A”